How Women End Up in Radical Islamist Groups in the First Place? 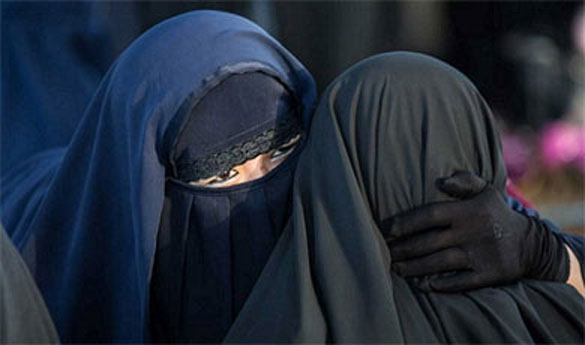 Once the imminent defeat of ISIS in Syria and Iraq became obvious to pretty much everyone, those fighting under its black flags started packing to take a long trip home. However, ISIS militants wouldn’t take this unbelievably brutal adventure alone, as they were know for bringing their wives and kids along with them for them to live in the areas that used to be occupied by radical Islamists. Now that those families have returned home, some to various Middle Eastern states and some to Europe, it’s imperative to provide rehabilitation to those individuals that have psychologically undergone a rather strange transition from the everyday civilized life of Western Europe to the land of headchoppers. However, local communities have no right to wash their hands off these women and children, since security services are clearly unable to face this challenge alone. If those people are not accommodated properly, chances are they are going to be drawn into all sorts of terrorist attacks that can result in massive civilian casualties.

Now let’s try to figure out who are the women who have passed through the crucible of radicalism and extremism?

According to numerous studies, including those carried out by the UN, the percentage of females in terrorist organizations is truly significant, as they make up to 30% of all terrorist forces in certain countries. While in 2005 the share of women involved in extremist crimes would hardly reach the number of 2% of all identified active members of extremist organizations are, today this number easily surpasses 10%. According to various estimates, a fourth of all individuals arriving to Syria and Iraq in the last two years were women. Basically, the stream of women who failed to find their place in life has been pretty constant over the course of the Syrian conflict. A woman that has been suffering from neglect would go to extremes to reclaim her place within a society, even if she can die in the process of doing it.

Too often women are perceived as mere companions of their husbands deceived into the world of violent extremism instead of being regarded as active recruiters. But the specific factors that pull women into such groups suggests that now there is a new trend – women who create own terrorist cells, while taking positions similar to those that men would get.

Moreover, very often women who grow sympathetic with radical Islamism ideas are turning into skilful propagandists both on the net and in real life. An study of some 40,000 accounts on social networks supporting ISIS and its actions revealed that 16,000 of them belong to women.

Security expert now agree that the resilience of the Islamic State can be explained by the fact that it relies on women that fulfil a wide variety of roles. For instance, in early February ISIS would release yet another one of its propaganda videos, showing women militants, fighting alongside with men on the bank of the Euphrates River in Syria. A narrator that comments this video is rather convincingly greets all the people who “joined jihad” including those “innocent Mujahideen women,” who took arms in order to “avenge their religion and honour their sisters.”

Among the factors that can lead to the radicalization of a young woman can be one’s susceptibility to Salafi ideas, forced migration, poverty, low level of religious and secular education, all sorts of oppression. All of the existing studies would also point out individual psychological vulnerability of certain people, which, once exploited, can lead to the consequent radicalization of an individual. However, there must be four factors present for an individual to get indoctrinated: exposure to propagandists, ideological indoctrination, social support and individual vulnerabilities.

Counter-terrorism experts would often dismiss the role played by a woman in a radical group by stating that they are no more than companions following their men, however it was revealed that among those women joining radical groups there was a handful of those who voluntarily joined terrorist groups. Some were attracted by the image of strong masculine militants that, as some women assumed, would make good husbands, others were going after easy financial gains and fanatical ideas.

As the various European studies show, foreign women joining ISIS can be divided into the following age groups: 15-18 years, 20-21 years, 25-26 years and those nearing 45 years. Most of them come from the middle class, but a certain part of those joining ISIS was bitterly poor. A certain number of girls would follow their boyfriends. Others, on the contrary, were seeking independence or nurturing their own Islamist plans that appeared during their recruitment training as a result of active discussions in social networks. Quite often, terrorist groups would persuade young immature souls that “the international Muslim community was in danger” or bait them with the possibility of finding spiritual sisters, which is a matter of utmost importance for teenage girls.

At the same time, it should be noted that employment of women in the terrorist activities of various radical groups is nothing new. One can remember the so-called Rote Armee Fraktion – a German left-wing terrorist organization operating in Germany in 1968-1998.

In assessing the increasingly active employment of women in all sorts of military engagements, it shouldn’t be disregarded that terrorist ideologists are trying to take advantage of the fact that most Muslims are terrified by the prospect of being murdered by a women. After all, according to Muslim believes, a man who fell by the hand of a woman will not get 72 virgins in paradise. By the way, for the same exact reason Tel-Aviv enlists women in its armed forces in an attempt to destroy the morale of those Muslim armies that are fighting its troops. Finally, it should be overlooked that a considerable amount of women recruited by ISIS can serve as a bait for those young men who found themselves unable to find a spouse in the civilized world.

Grete Mautner is an independent researcher and journalist from Germany, exclusively for the online magazine “New Eastern Outlook.”