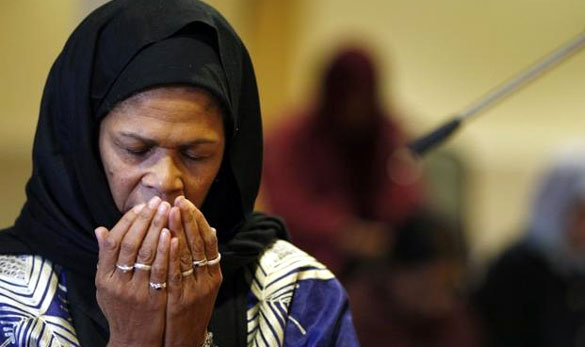 Feminist interpreters of the Qur'an argue that Muslim women have historically been excluded from the Islamic scholarly and social spheres because authentic interpretations of the basic tenets of Islam are male-centered. This school of thought was able to approach the Qur'an by criticizing traditional methods of interpretation and emphasizing the theme of gender justice. Aminah Wadud's Qur'an and Woman: Rereading the Sacred Text from a Woman's Perspective (1992) is regarded as a classic text in this line. This school of thought has been analyzed in the Kerala Muslim scholarly space as well as at the global level and has given way to many debates. This debate is alive in Kerala with the Malayalam translation of Amina Wadud’s work. Along with Wadood, the Malayalees have more or less discussed other feminist commentators in this range. This article intends to provide an overview of the discourses generated by feminist interpretations of the Qur'an in Kerala scholarly circles, specifically Muslim spaces.

There are two main reasons why the Muslim world is compelled to present a world meeting about gender justice as envisioned by Islam. The first of them is the Islamophobia and the subsequent alienation that is gaining strength against Islam at the global level. The second is the questions raised from within Islam itself about gender justice. Discourses on gender justice in Islam are deeply intertwined with conquest. The Muslim woman in Orientalist writings is portrayed as a 'victim' of the male-centered system of Islam and the over-indulgence of the Muslim man. Mainstream feminist movements have approached the Muslim woman using the possibilities of this logic of occupation. Thus, the early days of feminist movements in colonized Muslim-majority areas had a modern secular feel. Hence, they were unable to absorb the theocratically motivated women's activism that came later.

But, the influence of Islamist ideas, forced secularization in Muslim-majority areas, and renaissance thoughts formed within the Muslim community led to new discussions and debates about gender justice in Islam. A number of academics have called Islamic feminism the faith-based women's activism active in the West Asian and North African regions of the nineteen eighties and nineties. Margot Badran, Afzaneh Najmabadi and Ziba Mir Hosseini are prominent scholars in this field. It should be noted that the so-called Islamic feminists have generally been reluctant to accept the term.

Rifat Hasan, Aziza Al Hibri, Fatwima Merneisi, Amina Wadood, Asma Berlas and others have contributed in this vein. Researchers such as Kasia Ali, Ayesha Hidayatullah, and Saadiyya Shaikh can be called the second generation by studying the reading of Islamic texts of the first generation of feminists. According to Ayesha Hidayatullah, Wadudum Barlasum has composed full-length commentaries on the topic of gender in the Qur'an in this vein. Zahra Ayyubi observes that Wadud's study is the first research into feminist critiques of traditional Qur'an interpretations.

Wadud and Barlas argue that the Muslim woman's exclusion from theological discourse is a violation of her rights as a representative of Allah. Wadud also argues that women's readings of the Qur'an are necessary to reclaim the true identity of Muslim women and eliminate otherness. Wadood says that her study can be considered post-colonial Islamic discourses as she interprets the Qur'an by moving beyond grand narratives and introducing the theme of gender, or as a feminist reading as she uses feminist methods. Refuting the argument that the Qur'an is an oppressive text, Asma Barlas' interpretation is characterized by its emphasis on emancipation.

Critics allege that Western-feminist influences have infiltrated feminist commentators just as feminist commentators have criticized the presuppositions of traditional commentators (the prior text). Another notable criticism is that it tries to impose modern ideas on the Qur'an. Critics say that she completely rejects Islamic tradition to adopt modern interpretations and that her mission is to fit the modern woman into Islam. In connection with Wadud's leading the Juma’ah prayer (2005), which made a big noise in the Islamic world, many criticisms were raised for his interpretation of the Qur'an. Except for a few reactions, the entire Islamic community has put Wadud's imamate in the crosshairs. Critics have succeeded in giving Wadud an anti-Islamic image by pointing out the issues of female leadership and authority that Islam promotes and the inconsistencies in Wadud's interpretation.

A regular columnist for NewAgeIslam.com, Grace Mubashir is a journalism student at IIMC, Delhi