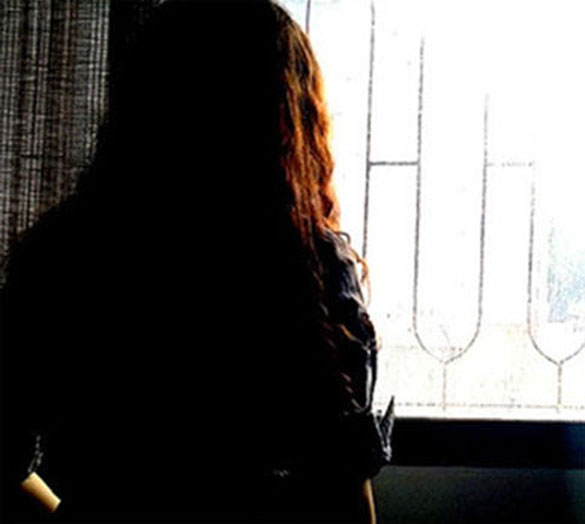 I have, without necessarily realising how and when, become unintelligible; a ‘not-quite’. —Dawn.com photo

As a Pakistani born British Muslim woman, this is where I find myself positioned at the moment – in an indeterminable place, a not ‘not-quite’ as it were – by society, but also, rather more troublingly, by myself.

Your may well raise an eyebrow at the above sentiments. My life is not analogous to that of the darkly oppressive lives of handmaids in Atwood’s ‘Republic of Gilead’.

Nor do I, most thankfully, inhabit such a warped or dysfunctional society.

As for marginality, you might rightly consider alluding to the not insignificant media coverage given to the ‘Muslim woman’, and in connection to the Hijab, the piercing stories of patriarchal misogyny, domestic violence, female infanticide, childhood marriage and a general sense of tyranny within which Muslim women find themselves portrayed in the global media.

Indeed, the media when glimpsed from this perspective is doing more than its fair share in projecting the lives and stories of Muslim women. And I couldn’t agree more.

But the media, in its several manifestations, does nothing to represent me, the Muslim woman next door.

It leaves me and countless others like me lingering uncertainly at the margins, not entirely sure in which section, chapter or page to discover myself.

Much to the – often undeclared but nevertheless felt – frustration of people I have encountered in the global north, including Western Europe and North America, I have somehow failed to quite fit in the image of the ‘Muslim woman’ they have in mind.

I am the Muslim woman who is regularly seen in knee-length skirts and leggings.

I am the Muslim woman who will unblinkingly give a good male friend a quick hug in a public place.

And I am the Muslim woman who will contentedly eat chicken cooked in white wine, knowing full well that chances of consuming alcohol through this means are lamentably low!

For these and several other ‘inconsistencies’, I have regularly become the recipient of largely innocuous, though fairly persistent commentary by local friends, colleagues and acquaintances across a wide spectrum. Of course matters become more complicated as I further delineate my ‘Muslim womanness’.

For I am also the Muslim woman who will find the time and space to say my Friday prayers at work.

And I am also the Muslim woman who will go many a day starving if the choice was eating pork or drinking alcohol.

The conundrum that this then places those who ‘receive’ me in everyday life in the west is extraordinary. Not because it should, but because it does.

My own cultural and religious transgressions, if that is what one might want to call them – my ‘pick and mix’ Muslim female identity – is almost entirely imperceptible to a range of people: the conservative components of my family, my non-Muslim British friends and as I briefly touched upon earlier, to me.

An informal religious round table over a relaxed lunch with friends brings this point home beautifully.

One member of the group decided to lift the conversation from the nonsensically trivial to something more meaningful – “Let us all briefly describe our relationship with religion,” he buoyantly declared, and everyone appeared to approve of the plan.

Our party of eight sat up straight and began investing more thought into their words than they previously had; we heard from three atheists, two agnostics, one devout Christian, one individual with faith but no inclination to practice and – me.

I was the last to speak, out of pure coincidence. Those who had sat up straight when the conversation commenced, now sat up a little straighter, while still others shifted ever so slightly in their seats.

What I was feeling was analogous to what one might experience at the prospect of addressing an intimidating audience at an auspicious event. I was, to my own surprise and disgust, nervous.

Making a clumsy attempt at defining myself as a ‘cultural Muslim’, I was quick to deflect attention away from me and back to the friend who had initiated the conversation.

The rest of my afternoon was spent contemplating, in what was a particularly harsh deconstruction of myself, the reasons for my inarticulate response to my relationship with religion.

I realised that the answer lay in many directions, not least the expectation upon me to somehow come to the defence of moderate Islam.

To reassert my distance from the extremist components of my religion and to reiterate the fact that I am, too, in vehement opposition to the inhumanity enacted by terrorists with whom bizarrely I share a religion.

To make explicit my distance from the culture of female oppression and misogyny in which the global north, both academically and generally, takes a darkly strong interest.

My colleagues and friends are not comfortable at poking fun at the notion of a Burqa-clad woman eating a snack through the awkwardness of the garment; they fear this will offend me.

Nor are they at ease being socially drunk in my presence; there is an element there of somehow letting me down.

In fact, this tiptoeing gingerly around me has meant that there is a reluctance even to lash out wholeheartedly against the terrorists behind the Charlie Hebdo attacks in Paris recently; I imagine they fear that this too, might offend my sensibilities at some subconscious level.

I have frequently found myself haranguing the heinous and inhumane acts of violence enacted by Islamic extremists far more uninhibitedly and vociferously than my friends and acquaintances in England would in my presence!

It is because I have, without necessarily realising how and when, become unintelligible.

And this in turn leads me to wonder what my placard would read should I ever take to the streets in a political public demonstration.