What Happens When the Woman Is Not an Object of Desire, But a Subject of the Purest Love?

Much has been made of the male gaze in literature and the depiction of the woman in Urdu literature, and poetry in particular. But, what happens when the woman is not an object of desire but a subject of the purest, most tender love? When the woman is not a wife or beloved but a daughter, what then? On International Daughter’s Day, celebrated on the 4th Sunday of September, falling this year on 27 September, let us look at the depiction of the daughter, first from a poet-mother’s pen then a poet-father’s. 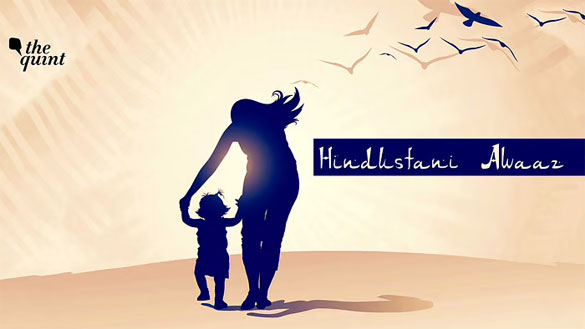 Sara Shagufta, the rebel poet who revolted against all norms of a patriarchal society in her brief but tumultuous life, who had declared ‘My father was naked/ I took off my clothes and gave them to him’, writes thus when it comes to having a daughter of her own in a heart-wrenching poem entitled ‘Shaili Beti ke Naam’:

Whenever someone gives you a hurt

Writing an entire ghazal on the subject of what a daughter can do, Sameena Aslam Sameena writes:

This girl, this frail girl is a Mary and she is a Venus too

When she becomes a Rabia Basri, she is ahead of the saints

And here’s Fatima Hasan in ‘Meri Beti Chalna Seekh Gayi’ (‘My daughter has learnt to walk’) reaffirming her daughter’s right of self-determination and control over her destiny:

In the map of the world, my daughter

Has learnt to fill out colours

According to her own wishes

The ‘Benign Patriarchy’ That Afflicts Even Some Revolutionary Fathers

Talking of what men, the most liberal and visionary of men, want for their daughters invariably reminds me of WB Yeats’s ‘A Prayer for My Daughter’. I first read it as a 20-year-old undergrad student, and while swayed by its lyrical intensity and evocative play upon words, was equally struck by the benign patriarchy that afflicts this Irish revolutionary as he looks down upon his infant daughter.

Naturally enough, he wants to protect her from the storms of the world that await her, but even the beauty he wishes for her when she grows up is not the fiery, tempestuous beauty of the women he knew and loved (a reference perhaps to Maud Gonne whom he immortalised in his early poems)

‘May she be granted beauty and yet not/ Beauty to make a stranger's eye distraught.’ He goes on to pray that she be blessed with courtesy and is not ‘too opinionated’ lest she end up ‘an old bellows full of angry wind’.

Clearly, what men want from their women and for their daughters are vastly different as is also evident from this Rubai by Firaq Gorakhpuri:

Mother and sister and beloved daughter too

She’s Queen of the Household and fellow traveler too

And yet that loving woman is entirely a goddess

An Assumption That Daughters Will ‘Fly Away’ One Day

Now, let us see what Urdu poets have to say for their daughters. Faiz Ahmad Faiz, known as much for his rousing revolutionary poetry as for his romantic Ghazals, is penning these sweet, loving thoughts for his 8-year old daughter in ‘Muneeza ki Saalgirah’ (‘Muneeza’s Birthday’):

There is a clamour of congratulations all around

The moon and the stars offer blessings…

There’s often an assumption that daughters will fly away one day, that their stay in their father’s home is, by its very nature, transitory, as in this sher by Jaan Kashmiri:

‘Jaan’, they will fly away in the blink of an eye one day

Here is the venerable Iftikhar Hussain Arif, a respected Ghazal-go of the old school, reaffirming the bond between fathers and daughters, one that has more than a tinge of possessiveness:

Daughters recognise the dreams hidden in a father’s eyes

Gulzar has written three exquisite poems for his daughter, Meghna (aka Boski), one when she turned 18, the second when she was in labour and about to deliver her baby, and the third when she achieved professional acclaim as a film-maker in her own right.

Here are the concluding lines from the third one, brim-full with a father’s pride and joy in his daughter’s achievements and the affirmation that she has gone above and beyond his own accomplishments:

My daughter has grown up and opened the sky

And with her fingers, written her name and illuminated my sky

What Javed Akhtar Wrote For His Daughter Zoya

Javed Akhtar pens a most unusual poem for his daughter, Zoya, where he tells her that life is a crossroad: one road is easy, the other difficult. Entitled ‘Doraha’ (where two roads meet), he lists the twists and turns she will find in both, and concludes with his wish that he would want her to take the difficult path:

This path is not easy

But at the same time I am sad

My personal favourite, however for entirely subjective reasons, is the poem my grandfather, Ale Ahmad Suroor, wrote for my mother, Mehjabeen; it is something I find myself repeating often for my own daughters:

When my daughter grows up

She will spread moonlight in the entire home

Youth will return to her mother’s eyes

And her father’s heart will blossom with joy

Dr Rakhshanda Jalil is a writer, translator and literary historian. She writes on literature, culture and society. She runs Hindustani Awaaz, an organisation devoted to the popularisation of Urdu literature.

This is an opinion piece and the views expressed above are the author’s own. The New Age Islam neither endorses nor is responsible for the same.

Original Headline: A Prayer For My Daughter: How Mothers & Fathers ‘Depict’ Daughters