IN an effort to stop early marriage the Government of Bangladesh (GOB is reducing the marriage age for girls from eighteen to sixteen. Any five-year old school going kid can tell that mathematically this makes no sense. GOB must have great wisdom and understanding of mathematics which is so profound that it can make two plus two equals to three. Let's assume that the government has profound arguments behind this historic and apparently moronic measure. The augment is that lowering of marriage age for girls is consistent with the socio-economic realities of the country. We all know this as a fact but how that prevents early marriage of girls? 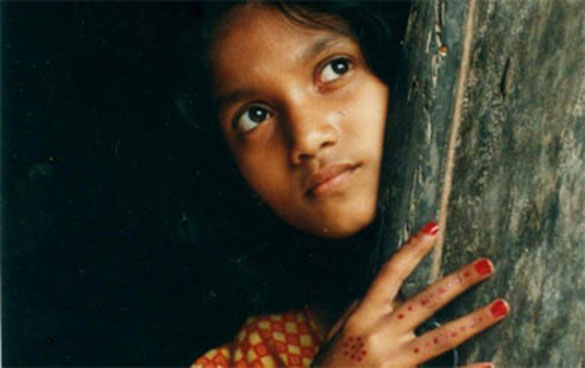 This very argument makes any rational person feel that the government and the experts probably do not understand the inherent contradiction in this argument. Why are we trying to eliminate early marriage particularly for girl?  It is basically to improve their wellbeing. Those who want to look at it in terms of gender dynamics can say that it is to ensure gender equality.

If marriage age for girls is reduced from eighteen to sixteen by definition this will increase teen pregnancy, maternal mortality, and will adversely affect women's health. It is also will add to population growth. In terms of education, girls start to drop out of school by the time they hit puberty. If marriage age is kept at eighteen and even if it can be implemented half the time the possibility for a large number of girls to go to school remains wide. By lowering it, the window of opportunity for girls to go to school is going to be narrowed. Why government, on the one hand, is spending a large amount of public money for girls' education and on the other hand, narrowing the window of opportunity?

In terms of improving women' and girls' positions in the families, in all likelihood most of the girls, particularly from lower income families, will be married off at the age of sixteen. At this age girls are emotionally unprepared to get married and deal with the complexity of family-life in the context of Bangladesh's family structure. Therefore, in many cases there will be family feuds leading to violence against these young wives. Another contradiction with the government's other initiatives to reduce violence against women.

Finally in terms of empowering women and girls, a sixteen year old girl has little exposure and experience to make any major life's decision. In most of the cases marriage decisions are made by the parents and particularly girls have very little say on this matter. Lowering the marriage age is not going to help girls to make any informed decision about their own lives.

Let's address the gender equality issue. Within the existing social value system a girl child is less valued by families and the society and is considered as a burden to the families. This is the most important reason for girls being subjected to early marriage. By reducing marriage age we are reinforcing the existing norm of devaluation of girls. Efforts should be made to change such norms through nationwide and effective social campaign not to reinforce such norms.

Thus on many grounds this lowering of marriage age for girls makes no sense. Of course one can argue that by giving more leverage to the families to unburden girls it will be easier for the government to implement this law. One can also argue that it would be easier if marriage age is lowered to fourteen even easier if it is twelve. In fact easiest will be not to have any age restriction on marriage of girls. The government should: keep the marriage age at its present level; put is place effective institutions and governance and ensure effective implementation.

Meher Afroz Chumki the state minister of the Ministry of Women and Children Affairs in an effort to justify this law mentioned that in many western countries the marriage age for girls is sixteen. Can we compare the socio economic conditions of Bangladesh and with that of these western countries? Let's try to digress on some ground realties:-

* In the west boys and girls socialize with each other from an early age and usually gather some experiences about each other and perhaps are somewhat equipped to make a decision to get married.

* In the west the marriage takes place because girls and boys want to get married on their free will. The families are not forcing the girls to get married because they are considered as burden to the families.

*    In the west, in reality the numbers of girls who actually get married at the age of sixteen are few and far between and not having significant negative impacts on girls.

*    In the western countries, given the family structure, after marriage girls don't move in with extended families so they don't have to deal with a complex dynamic of family life.

This argument is totally irrelevant, misplaced, and out of context.

The proponents and activists of gender equality usually perceive AL to be more socially liberal party. Perhaps if this was done by BNP/Jamaat alliance it would have made some sense. Therefore, one can't but think that the government is pandering to some groups of people, who are not so happy with trials of the war criminals.

After years of women's movement and many progresses, how did we come to this point where we are making a giant leap backward on a very fundamental gender equality issue?

Dr. Kaniz Siddique is an Economist.