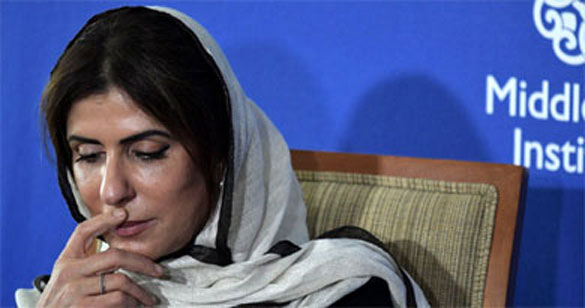 A Saudi princess, businesswoman, and rights advocate who “fell off the radar” in 2018 is under house arrest and subject to 24/7 surveillance, German public service broadcaster Deutsche Welle (DW) reported.

Princess Basmah bint Saud bin Abdulaziz al-Saud was abducted “on suspicion of trying to flee the country” in March 2019 as she tried to fly to Switzerland for urgent medical care, a source close to the royal told DW.

The princess had previously secured permission from Saudi authorities to fly to Geneva in December 2018, DW reported, citing official documents, but her plane never left.

The 55-year-old has not been seen in public since.

The human rights campaigner is the granddaughter of Saudi Arabia’s first ruler, King Abdul Aziz, and the youngest daughter of King Saud, its second ruler.

Princess Basmah’s one-time attorney, Leonard Bennett, said the princess was blocked from leaving for Geneva. “She just fell off the radar; no one knew where she was. We actually feared the worst,” he told DW.

Bennett said Princess Basmah finally responded to phone calls, but was “sounding very much like a hostage.” It is not clear when Bennett was able to reach the princess.

An anonymous source close to the princess told DW: “Princess Basmah could not speak openly because her communications were being monitored.”

Bennett says Princess Basmah’s flight was due to pass through Turkey, so Saudi authorities were likely suspicious that she was escaping to an enemy of the Saudi state, which Turkey was at the time.

A source close to the princess told DW: “They [Saudi authorities] have done an investigation to see if [the allegations of fleeing were] true and now they have finished it, yet up until now there has been no answer.”

“It has been proven to be false information but we still don’t know why she is being detained.”

A friend of Princess Basmah who spoke with DW on condition of anonymity said Crown Prince Mohammed bin Salman must know of her whereabouts.

“A couple of sources there say they don’t think the number one [MBS] knows, but I disagree – he does know. So we want to know what his position is. Why is she being detained?”

Saudi authorities did not immediately respond to a request for comment from Insider. They did not respond to numerous requests from DW, it reported.

Princess Basmah founded the media company Media Ecco in 2008 and authored an acclaimed book called “The Fourth Way” which posited four essentials for the advancement of human rights: security, freedom, equality, and education.

The princess regularly wrote articles about human rights advancement and humanitarianism in the Arab newspapers al-Medina, al-Hayat, and al-Ahram.

The princess was particularly opposed to the now-neutered Islamic religious police, known as the Mutawa, and economic inequality in the kingdom.

“Our religious police has the most dangerous effect on society: the segregation of genders, putting the wrong ideas in the heads of men and women, producing psychological diseases that never existed in our country before, like fanaticism.”

“The Mutawa are everywhere, trying to lead society to a very virtuous life that doesn’t exist. Everything is now behind closed doors.”

“I am still an obedient citizen and I will always be behind the royal family. But I will never be quiet about what is happening on the ground. The unfairness of the distribution of wealth, about the power that has been unevenly given to people because they have complete obedience to those above them,” she said.

Original Headline: A Saudi Arabian princess and rights activist who ‘fell off the radar’ in late 2018 is reportedly detained under house arrest with 24/7 surveillance