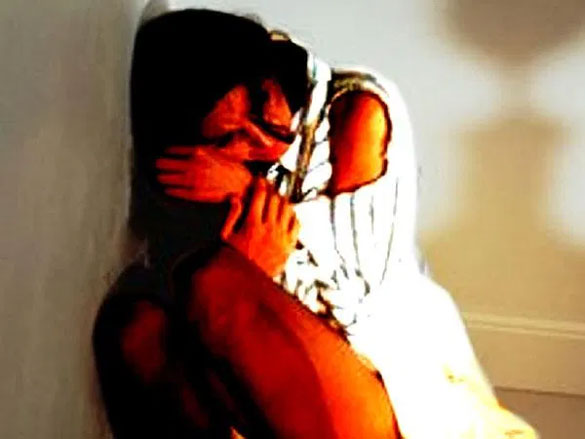 On the International Day for the Elimination of Violence against Women. Let’s ask some questions, and introspect.  In an RTI application to the Police Department, I sought details regarding offenses of cruelty by husband and molestation cases from 2019.

Forget marriage, there are countless girls suffering from mental health disorders due to personal life issues related to dating. She is a victim of verbal and physical abuse, she is threatened and blackmailed. She faces cyber harassment, and cyberbullying. She is stalked online, and physically, wherever she goes. Her fake accounts are created and her pictures are uploaded on it. Why all such things? Because the patriarchal mindset is deeply rooted here and for women vulnerability and victimhood is closely related to womanhood.

All these wrongdoings are done under the guise of dating or relationship. Thus leading to an increase in ‘dating violence’ against women which never gets reported to law enforcement agencies. This is the quandary of modern educated women caught in emotional mayhem where she is helpless because as a society we have failed to provide her strength and support to fight for her dignity. As one goes deep to understand such a regressive state of affairs, there are some questions that need to be asked. Why share passwords? Why amenable to dictations of feudal minded partners? A state of helplessness is the answer. We have nowhere to go, If we approach the police they are insensitive towards the victim, usually a younger girl or a university student. Instead, the victim will be labelled as an ill-charactered girl.

She is asked to choose silence and not raise her voice. Often I hear helpless stories of married women facing abuse in domestic settings at the hands of their spouses, in-laws and are advised to remain silent; because for such women, saving a marriage is more important than the right to live with dignity.  Countless stories are narrated about wives who aren’t asking questions to spouses about their extramarital affairs because the child’s future will be at stake if the mother reports about the father’s extramarital affair.

Workplace: Professionally she faces challenges at the workplace where her right to live with dignity is certainly taking a toll. The spirit of Sexual Harassment Committees is to protect women from sexual harassment at the workplace and to provide a safe and secure working environment for all women. However, even after its enactment, in the majority of public and private workplaces, it is yet to be constituted.

In an RTI to the General Administrative Department JK, I sought information about sexual harassment committees in public offices along with its composition. In response to my RTI application, GAD provided details of 18 government departments where Sexual Harassment committees have been constituted.

As per the RTI reply, Sexual Harassment Committees have been constituted in only 18 government offices, which speaks volumes about the seriousness and compliance of Government offices towards making the workplace a better place for women.

Violence through smartphones: As per the 2019 Truecaller Insight report, 8 out of 10 women in India receive harassment & nuisance calls where 4% perpetrators were known and 76% unknown angering women and making them afraid. It further revealed in India, 67% of women felt irritation, 60% anger, 29% worried, 29% troubled, and 21% fear.

As far as reporting to authorities is concerned in India, it states 85% blocked the number, 45% called their operator for help,45% tried searching for the number, 44% ignored the calls/SMS, 12% reported to the authority. 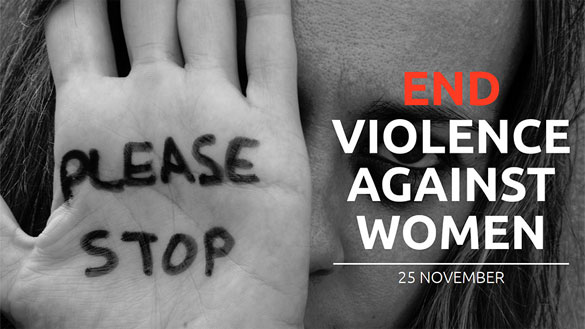 Truecaller report says only 12% in India have reported to authorities. Similarly, NCRB report says 3129 cases in 2017 have been registered from JK. The larger challenge are cases that aren’t reported due to family and societal pressure. That’s where she deserves safety and support from us. We have to support her to do the right thing, but do we?

One of the emerging challenges arising out of this is using technology in crimes related to women. Social media is the easiest tool to further weaken women where police, as well as couples, must realize that harassment, physical, mental abuse is the same and cannot be nullified in marriage or dating. In present times women in dating suffer more abuse than those in marriage. Not to forget an abusive relationship or failed emotional relationship or problematic marriage relationship leads to mental health issues among couples, mostly women. Yet she suffers and continues to suffer because society is yet to accept the fact that dating is the new norm and dating violence is its crimes.

On a personal level, she isn’t safe be it with her partner, with her friends, with society. Thus leading to institutional violence against women where her family members, relatives, acquaintances, law enforcing agencies by not supporting her to take legal action facilitates crimes and violence against her.

Often we hear instances where girls approach their parents regarding college students or classmates harassing them or forcing them to talk , in response girls are asked, “Why only you?”  “Chei Chai Galati”.

In such a repressive atmosphere, how do we expect victims to approach the police station against the perpetrator on charges of stalking, harassment, violation of privacy, transmitting obscene electronic material, etc.

Girls of major age are asked to bring their parents along or change their mobile number or delete social media accounts or advise her to settle the matter amicably with the perpetrator. Sadly she is not supported by family members to approach law enforcement agencies neither police support her in filing FIR against the perpetrator due to the social stigma attached to it.

Police provide unreasonable excuses for not filing FIR. Like “You were having affair with him, how can we book him under charges of stalking or harassment?” She is abused, shamed, cursed and this obstruction of police towards the victim from taking legal action further strengthens the offender towards crimes against her. When the victim is stopped from taking legal action, the offender or perpetrator gets encouraged. If a girl reports to police about an abusive relationship, she is looked at with contempt.

If you pay a visit to the Women Police Station, cases are related to kidnapping, dowry demand, cruelty by the husband which are all under the ambit of marriage. But what about crimes and violence which are outside the ambit of marriage such as physical abuse, cyber harassment, dating violence, leaking pictures, stalking, fake ids, etc.?

Why aren’t such matters reported to police because the expectation of justice among victims in dating violence towards police is absent.  Also the victim feels more victimized in her fight for justice. Adding more worries to her insecurities is unawareness of local police towards issues of young people. The local police system is deeply rooted in the traditional male bias environment where victim women are told to sign Tafsia Nama and forget filing FIR  against him.

Badrud Duja is student of law at University of Kashmir