The Women Who Sleep With a Stranger to Save Their Marriage 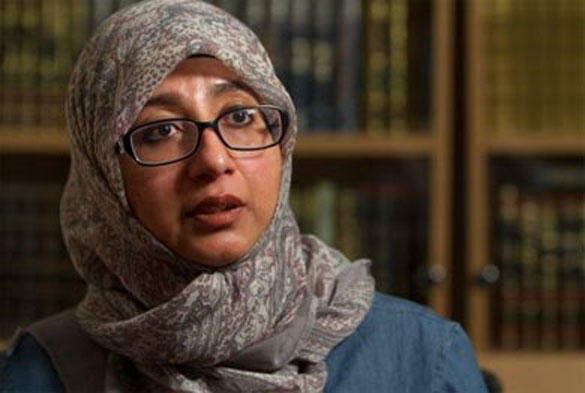 A number of online services are charging "divorced" Muslim women thousands of pounds to take part in "Halala" Islamic marriages, a BBC investigation has found. Women pay to marry, have sex with and then divorce a stranger, so they can get back with their first husbands.

Farah - not her real name - met her husband after being introduced to him by a family friend when she was in her 20s. They had children together soon afterwards but then, Farah says, the abuse began.

"The first time he was abusive was over money," she tells the BBC's Asian Network and Victoria Derbyshire programme.

"He dragged me by my hair through two rooms and tried to throw me out of the house. There would be times where he would just go crazy."

Despite the abuse, Farah hoped things would change. Her husband's behaviour though became increasingly erratic - leading to him "divorcing" her via text message.

"I was at home with the children and he was at work. During a heated discussion he sent me a text saying, 'Talaq, Talaq, Talaq'."

"Triple Talaq" - where a man says "Talaq", or divorce, to his wife three times in a row - is a practice which some Muslims believe ends an Islamic marriage instantly.

It is banned in most Muslim countries but still happens, though it is impossible to know exactly how many women are "divorced" like this in the UK.

"I had my phone on me," Farah explains, "and I just passed it over to my dad. He was like, 'Your marriage is over, you can't go back to him.'"

Farah says she was "absolutely distraught", but willing to return to her ex-husband because he was "the love of my life".

She says her ex-husband also regretted divorcing her.

This led Farah to seek the controversial practice known as Halala, which is accepted by a small minority of Muslims who subscribe to the concept of a triple Talaq.

They believe Halala is the only way a couple who have been divorced, and wish to reconcile, can remarry.

Halala involves the woman marrying someone else, consummating the marriage and then getting a divorce - after which she is able to remarry her first husband.

But in some cases, women who seek Halala services are at risk of being financially exploited, blackmailed and even sexually abused.

It's a practice the vast majority of Muslims are strongly against and is attributed to individuals misunderstanding the Islamic laws around divorce.

But an investigation by the BBC has found a number of online accounts offering halala services, several of which are charging women thousands of pounds to take part in temporary marriages.

One man, advertising Halala services on Facebook, told an undercover BBC reporter posing as a divorced Muslim woman that she would need to pay £2,500 and have sex with him in order for the marriage to be "complete" - at which point he would divorce her.

The man also said he had several other men working with him, one who he claims initially refused to issue a woman a divorce after a Halala service was complete.

There is nothing to suggest the man is doing anything illegal. The BBC contacted him after the meeting - he rejects any allegations against him, claiming he has never carried out or been involved in a Halala marriage and that the Facebook account he created was for fun, as part of a social experiment.

In her desperation to be reunited with her husband, Farah began trying to find men who were willing to carry out a Halala marriage.

"I knew of girls who had gone behind families' backs and had it done and been used for months," she says.

"They went to the mosque, there was apparently a designated room where they did this stuff and the imam or whoever offers these services, slept with her and then allowed other men to sleep with her too."

But the Islamic Sharia Council in East London, which regularly advises women on issues around divorce, strongly condemns halala marriages.

"This is a sham marriage, it is about making money and abusing vulnerable people," says Khola Hasan from the organisation.

"It's Haram, it's forbidden. There's no stronger word I can use. There are other options, like getting help or counselling. We would not allow anyone to go through with that. You do not need Halala, no matter what," she adds.

Farah ultimately decided against getting back with her husband - and the risks of going through a Halala marriage. But she warns there are other women out there, like her, who are desperate for a solution.

"Unless you're in that situation where you're divorced and feeling the pain I felt, no-one's going to understand the desperation some women feel.

"If you ask me now, in a sane state, I would never do it. I'm not going to sleep with someone to get back with a man. But at that precise time I was desperate to get back with my ex-partner at any means or measure."