Rashid Jahan and the (Un)veiling of Muslim Women

A commonly held perception about Muslim women is that they are at the mercy of their men and are oppressed inside their homes. Part of the stated rationale behind the introduction of the ‘triple Talaq’ law was that it will ‘liberate’ Muslim women from their dependency of men. This is not to suggest that the law did in fact liberate Muslim women. Rather, the way in which the law was introduced made it amply clear that it was designed more to punish Muslim men and appease the majoritarian sentiment about Muslims. This is also not to suggest that everything was good about the then existing Muslim divorce law; that it required fundamental changes was beyond question.

One such voice was that of Rashid Jahan (1905-1952), who through her writings, challenged the sacred hierarchy between men and women in Muslim society. She was born at Aligarh in 1905 in a household which was keen to educate their daughters. She was fortunate enough to be born in family which valued women’s education over everything else. Her father, Sheikh Abdullah, was the founder of Muslim Girls’ School (which later became the Aligarh Women’s College), despite heavy opposition from the clerics and other conservative section within Muslims.

Educated at Aligarh, Lucknow and Delhi, Rashid Jahan eventually graduated to be a doctor, which was again a rare achievement for a Muslim woman at that time. As a state doctor, she travelled in different parts of UP (then United Provinces) which gave her newer insights into the condition of women within the household, how they were treated and how their health needs were very often neglected by men. She developed an acute understanding of how Muslim patriarchy worked, advocated for women’s education and organised literacy classes for them. Despite being involved in the national movement, her special focus always remained on the pitiable condition of Muslim women because she came from the same religious background and few were speaking up for uplifting Muslim women at that time. In fact, Rashid Jahan was one of the first feminists of modern India. 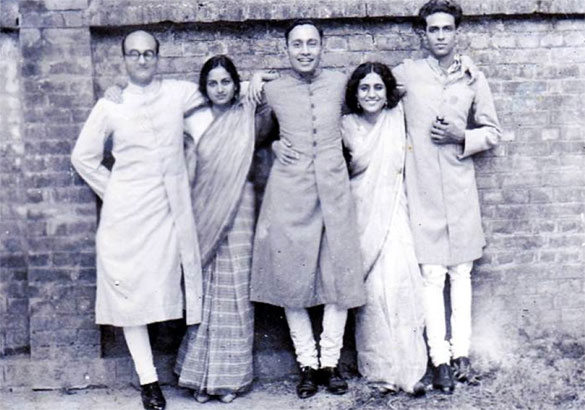 It was through her stories that she ripped apart the hallowed domestic space of Muslim society and bared it for what it was: a space in which women had very little agency. In 1932, she, along with some others writers like Sajjad Zaheer, published a collection of short stories called Angarey (Embers). One of her contributions in this collection was Parde ke Peeche (Behind the Curtain). This story was about the exploitation of women in Muslim households and how their husbands almost treated them as an absolute possession. The obsession of the Muslim husband to beget a male heir and his sexual fantasies almost decimates the health of his wife. And yet, this Muslim man did not feel that he was doing anything improper or that his actions were being detrimental to the health of his wife. What Jahan was telling us was that male entitlement was so deep-rooted that men were not even conscious of it and seemingly soft spoken sharif men had no understanding of what violence they were enacting on their women.

Her style of writing was bold and direct which impacted both the genders very differently. While many Muslim women of the time would read her stories in secret, Muslim men would rally on the streets demanding a ban on her writings. Published in 1932, Angarey created such a furore within the Muslim religious establishment that mosques were used to denounce the book. The conservatives thought that the book was questioning their religious and cultural values. Partly, this was correct, but then according to Rashid Jahan, that was the main purpose of the book. Ultimately, the colonial government had to succumb Muslim orthodoxy and banned the book in 1933. The book was banished with such fury that only five of the original copies survive in different libraries. Muslims who are perturbed today about the diminishing freedom of expression in our country will do well to remember that they too are to blame for the rise of such intolerance.

Certainly, Rashid Jahan wrote about the Ashraf/upper caste household because, coming from the same milieu, she was most familiar with this space. Traditionally, Shudra Muslim women never had the ‘luxury’ of being in the Zenana. Their very material existence forced them to work alongside their men. Not being allowed to work outside their homes was therefore never a Shudra Muslim women’s issue; they were already doing so due to the force of their adverse circumstances. However, the Muslim ideal has always remained that women should not venture outside the ‘threshold’ which was the patriarchal household. One of the first tasks of an upwardly mobile low caste Muslim family has been to put their women inside the four walls of their homes. So although Rashid Jahan’s stories emanate from a particularistic caste and class location, they have become universal in their concern about the position of women in Muslim society. 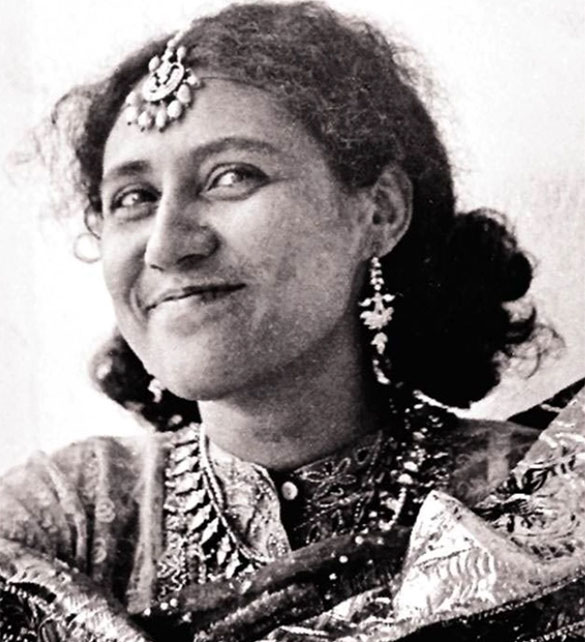 The home and its imaginations are fundamentally political. Even today, the identification of the household with women functions to domesticate them in different ways. It is not surprising therefore that Islamic regimes have identified and paid sufficient attention to the household because they perfectly understand that any change within this sphere will fundamentally impact gender relations elsewhere. That is precisely the kind of politics which we see in the writings of Deobandi scholar Ashraf Ali Thanwi. Ostensibly, his Bahishti Zewar advises women on how to lead a pious Islamic life. But Thanwi makes it very clear such a life is not possible without following the commands and wishes of husbands. Thanwi’s regime of domestication went to the extent of advising wives not to wear anklets lest its’ sound might attract other men’s attention. Women were always supposed to talk in a low voice and were directly prohibited to read anything else apart from rudimentary religious literature. It is a sad commentary on Muslim society when we still gift a misogynist text like Beheshti Zewar to our girls when they get married.

Through her stories, Jahan was not just showing a mirror to Muslim society, but also telling us the function of such religious writings which was to fundamentally transform women into an ornament, thus denying her any possible agency. She was telling us that people like Thanwi, and religious scriptures more generally, have conspired to keep women enslaved within Muslim society and that it was time to question such religious and cultural mores. And any such questioning must necessarily critique the existing theological justification on which such a system rests.

Today, when many Muslim women are flaunting their veils as a question of ‘choice’, they completely forget that the same cannot be said for millions of other Muslim women for whom it is not a choice but an imposition. Had Rashid Jahan been alive today, this new kind of ‘Islamic feminism’ would have definitely saddened her. Needless to say, had Thanwi been alive today, he would have been very receptive of this new ‘feminism’. It is time that Muslims, especially Muslim women, paid sufficient attention to the writings of Rashid Jahan in order to bring lasting changes in their society.