Talaq-e-Tafweez or Talaq-e-Tafwid: Delegation of Power by the Husband to His Wife to Divorce

Islam is a religion of the masses prescribed by the Almighty Allah and perfected on Prophet Muhammad (SAW) (Q5:3) and being a universal religion, it has prescriptions for issues that may arise in future. Marriage and divorce among spouses are two very important issues. Where there are marriages, the most likened bond by Allah, there are divorces too, the least liked out of all the Halal acts in Islam. Even then Islam has prescribed various ways of divorce so as to not let the people suffer in silence for the whole life with a love-lost relationship. 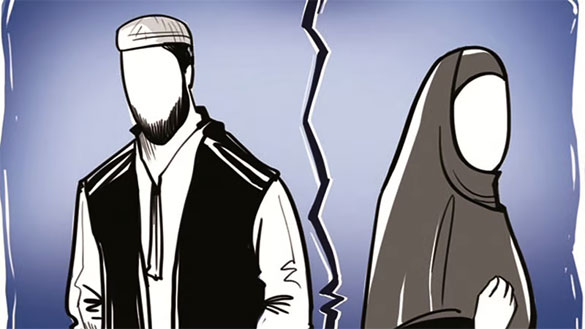 There are Ahadees and Allah’s commands in the holy Quran concerning the divorce and everywhere it has been mentioned that Allah does not like spouses divorcing each other. Thus it is good that the Nikahnama itself has started getting mentions of divorce and conditions of running a marriage foolproof.

Following are the ways of breaking the bond of marriage prescribed by Islam:

c.    Talaq by the Wife through Delegated Right of Divorce - Haq-e-Tafweez-e-Talaq

Talaq-e-Tafweez is a way of divorce which empowers a wife to divorce a husband, if she has been delegated this power by her husband. The right to annul one’s own marriage is a unique provision provided by Islam granting the women empowerment of living their life as per their own desire.

Although this power is delegated to the wife by her husband after the marriage, orally or in writing, or by her would be husband at the time of Nikah before the marriage is solemnized. This delegated power to divorce can be used by the wife with the pronouncement of “I divorce myself” not that “I divorce you” because she is not divorcing her husband but divorcing herself by the powers bestowed upon her.

If there are any pre-conditions like ‘Roti, Kapda and Makan, although the husband accepts to fulfill these in his Nikah, are  mentioned in the Nikahnama for the Talaq-e-Tafweez to be practiced and the husband fails to live up to those conditions Talaq-e-Tafweez can be brought in practice, that is the wife can self-divorce.

Quran says:  The relationship between the spouses should ideally be based on love (Mawadda Wa Rahma, 30:21), simultaneously it also advocates bringing the marriage to an end if there is no love, respect and mutual understanding left between the spouses (2:231). Islam understands that human being cannot live in an atmosphere of disbelief and misunderstanding and it is more painful for a woman to live with a partner with whom mutual understanding is lost hence women are given a way out of the marriage through Talaq-e-Tafweez. 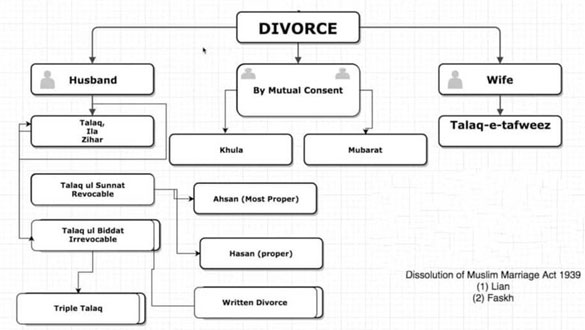 There is no problem in the world which cannot be solved by discussing it and by giving time to it. So is the divorce. Divorce is pronounced in a very difficult time with a heavy heart. These days, most of the time divorces occur because of our ego or social norms. We must consider this Hadees: The most hateful permissible thing (al-Halal) in the sight of Allah is divorce." (Abu Dawud, Hadith 1863, Ibn Majah, Hadith 2008) before going for the act.

The believers recite Quran, read Hadees, listen to preachers of every school and nowhere do they find any glorification of divorce, even then divorce has become as common in Muslim community as with any other. Let us not make it a norm. But it is good and we should be thanking God for allowing a way out in such contingencies, something no other religion allowed. This is a big plus point for Islam.