You can Never Kill Ideas: An Anonymous Blogger on the Deaths of Secularists in Bangladesh

Following the recent wave of assassinations targeting atheist and secular writers in Bangladesh, we publish the thoughts of a British secularist of Bangladeshi origin – and his message to their murderers. 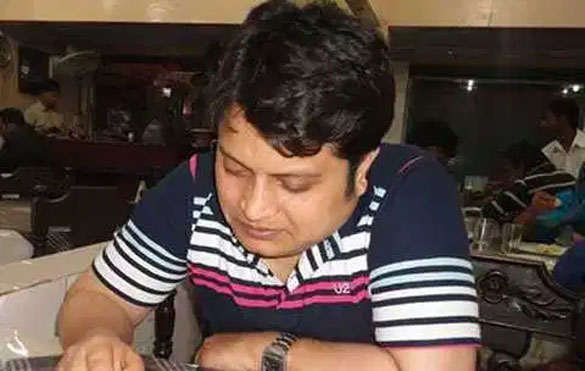 Ananda Bijoy Das was killed just two days ago in Sylhet, Bangladesh for simply saying, writing and expressing his opinions. Nothing more. His opinions may have been offensive to some; his words deemed blasphemous, but all they were, were words, his opinions, nothing more. All he did was write those words and send them into the web to be read, and if someone liked it, perhaps for it to be liked on Facebook.

He is the third blogger killed in Bangladesh in the last few months, starting with Avjit Roy in February and Washiqur Rahman in March. I feel a deep sense of despair, frustration and anger at what is happening in Bangladesh. Anger, because it is unlikely the perpetrators will ever be caught or that the Government will give these deaths the attention they deserve and because I simply still cannot understand why someone wants to kill someone else for holding a different belief. Despair, because I suspect a lot of people, Muslims and non-Muslims will simply say the bloggers bought it on themselves, thus displaying a complete lack of understanding of the idea of free speech and freedom of expression.

I am British, Bangladeshi and ex-Muslim. Mukto-Mona (Free Mind), the website all the bloggers contributed to, was and still is a favourite which I often visited to find information and support. The website takes a critical look at Islam, questions its belief system and indeed is critical of all religions and superstitions. It seeks to promote a rationalist and scientific worldview. The website's organisers and its writers are usually Atheist, or secularist coming from formerly Muslim or Hindu backgrounds, but most importantly proudly Bangladeshi or Bengali.

Observing from the safety of the UK, the website did not seem particularly controversial and of course it is not. It is a website with articles by bloggers and writers expressing their views. The writers were not renowned Professors, well know politicians or celebrities. They simply felt the need to tell anyone who would listen, why they had left Islam or were critical of Islam.

Mukto-Mona, may not have had the pedigree of Charlie Hebdo but it should now be spoken of in the same category. It's writers have been attacked and killed for exactly the same reasons as the writers and cartoonist of Charlie Hebdo- the expression of free speech. The courage to carry on despite the threats and danger to life is extra-ordinary.

Of course the big "mistake" they made and for which three of them have paid with their lives was to be openly critical of Islam and its prophet. I admit this has frightened me. I would like to write about why I left Islam, how misogynistic it is, how barbaric it is, how irrational it is and how the Quran is full of contradictions and say so in my name. But, I think I won't. I do not want to die or be attacked by lunatics. I have a family, and friends who I want to carry on living with. I would like to visit Bangladesh in safety and not have to worry that someone might have been monitoring my tweets, posts or articles and taken offence. This might seem cowardly to some and maybe it is, but I think I would rather be safe than sorry.

Bangladesh had a strong secular tradition which is now being eroded. I was always proud of the fact that Bangladesh hadn't fallen to the scourge of Islamic fundamentalism, as Pakistan or Middle Eastern countries had. I always felt the reasons for this was a strong Bengali culture which is shared with all Bengalis of whatever religion and nation- the common music, language and literature. The Bengali identity provided a strong counter-point to a purely Muslim identity and for most it was an easy mixing. But now, as in any other parts of the world, some fanatical Muslims who cannot understand any other form of identity other than the religious one and who cannot understand or contemplate any dilution in faith are gaining power and courage. These murders were carried out in broad daylight in full view of the passing public. Unless the Bangladeshi Government and indeed Politicians all over the world wake up to the fact that the non-religious are just as worthy of protection as the religious I am afraid nothing will change and any dissenting opinions of Islam will be silenced.

However I do not blame any Government or anyone for these killings except the killers themselves. They are deluded and pathetic. I want to say to the killers, 'why are you so threatened by words and speech? Is it because you simply can't win the argument, you've tried, but can't defeat logic, rationality and science. Deep down perhaps you even realise you might be wrong, but mainly you just can't win the arguments with your own words or eloquence and so resort to the weapon of choice for all Islamist bullies - violence and intimidation. Why don't you understand that today you have the power to silence us from saying what we want, but one day it could be other way around? How would you feel if you were not able to say what you wanted about your religion? Or to practice it peacefully. What if you were not able express your views about how wonderful it is, and how content it made you feel? Don't you realise you would feel robbed of the very thing that makes us human- the desire to speak openly and freely and a wish to share our ideas with others. You are denying this to us. Can't you see that you would feel bereft if the same were to happen to you?

The problem for someone like me of course is that you've won for now. I certainly will not be writing in my name. I and many others will remain anonymous, except for the few extra-ordinarily brave ones, but you should know that you can never kill ideas or change what's in people's minds.