For Those Who Practice Patience in Islam, There Is Unfailing Promise and Never-Ending World of Felicity

One of the marvellous qualities of our beloved Prophet Muhammad (peace be upon him) was his infinite patience. 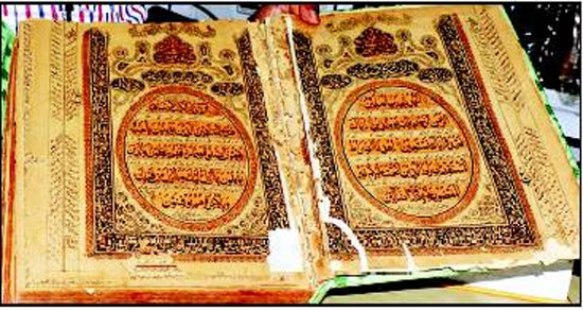 The Qur’anic word used for patience is ‘Sabr’ and there is no English equivalent for it.

We can convey the idea of Sabr only by phrases such as endurance against afflictions, patience with delay, perseverance against hardships, steadfastness in the face of setbacks, courage against hostilities, self-restraint against provocations, will power against temptations, and equanimity or calmness of mind as regards fortunes and misfortunes.

The Prophet was a perfect model to his followers. His life was the shining example of a man of extraordinary endurance: His father died before his birth; his mother died when he was only 6 years old; and his grandfather who took up his guardianship also died soon. Then it was his uncle Abu Talib who protected him.

And when God appointed him His last Prophet, he was faced with the most brutal persecution and hostility from his own people. But these harsh experiences of life did not make him a cynic; on the contrary, they perfected his faith in God, making him all the more strongly committed to his God-given mission.

During the 13 years of his life in Makkah as the messenger of God, he faced all forms of abuse, boycott, expulsion and threats of physical violence. Yet he never budged an inch away from his mission. Rather he was gentle, considerate and sympathetic even to his enemies.

During the early days of his preaching, the people of Makkah had approached him through his uncle Abu Talib and made very tempting offers to him, such as the leadership of the City of Makkah, the most beautiful girl in marriage, and wealth of immense proportions.

The Prophet (peace be upon him) spurned all these offers and said: “I swear by the name of God, O Uncle, that if they place the sun in my right hand and the moon in my left hand in return for giving up this matter (calling people to Islam), I will never desist until either God makes it triumph or I perish defending it.”

This steadfastness and constancy against temptations was unusual in an Arab of those days.

And imagine the day when the Prophet (peace be upon him) had to leave his home, his city, and his people and immigrate to another place! The Hijrah, as the emigration of the Prophet from Makkah to Madinah is known, was a great sacrifice and a painful decision for the Prophet at the time when he undertook it. But his personal comforts, likes, and dislikes had no value in the face of the immense task before him.

One remembers the time when he and his companion Abu Bakr were almost overcome by their pursuers in the Cave of Thawr. When Abu Bakr in dismay told the Prophet (peace be upon him) that they were only two persons against the enemy, he told him with unflinching faith in the Almighty not to grieve, as God was with them. God in the Qur’an admonishes the Muslims: “If you will not aid him [Prophet Muhammad], God certainly aided him when those who disbelieved expelled him, he being the second of the two, when they were both in the cave, when he said to his companion: Grieve not, surely God is with us. So God sent down His tranquillity upon him, strengthened him with hosts that you did not see, and made lowest the word of those who disbelieved; and the word of God, that is the highest; and God is Mighty, Wise.” (Qur’an, 9:40)

The source of the Prophet’s courageous determination in the face of all the traumatic experiences he suffered was his strong faith in God and his dependence on Him. The Prophet’s conviction that God was with him when he was struggling with adverse circumstances, is evident from this teaching: “Strange are the ways of a believer for there is good in every affair of his, and this is not the case with anyone else except in the case of a believer; for if he has an occasion to feel delight, he thanks (God); thus there is a good for him in it, and if he gets into trouble and shows resignation (and endures it patiently), there is a good for him in it.” (Muslim, 2999)

The Prophet was always considerate and understanding, even toward those who were ignorant and arrogant towards him. Indeed his gentleness and patience with them earned their love and respect, as God says in the Qur’an: “Thus it is due to mercy from God that you deal with them gently, and had you been rough and hard-hearted, they would certainly have dispersed from around you.” (Qur’an, 3:159)

An incident at the Prophet’s mosque in Madinah demonstrates how lenient and kind the Prophet was to ignorant people. Abu Hurairah reports: “A Bedouin urinated in the mosque and some people rushed to beat him. The Prophet said, ‘Leave him alone and pour a bucket of water over it. You have been sent to make things easy and not to make them difficult’ (Al-Bukhari, 6025)

The questioner was probably one disposed to a quick temper, and so the Prophet (peace be upon him) was stressing the need to control his anger. The Prophet also said: “He who is deprived of forbearance and gentleness is, in fact, deprived of all good.” (Muslim, 638)

We may remember the day of Makkah Victory: The Prophet re-entered the city after 10 long years of living in Madinah. Practically there was no opposition to him. The whole of Makkah lay at his feet as he marched in. His enemies stood in surrender awaiting his verdict, and he could very well have cried “havoc” or “let slip the dogs of war” as the triumphant commanders of those days used to do.

Instead, in a historic break from the old tradition, the Prophet gave amnesty to all his former enemies. He told them: “You may go. You are a free people.” (Authenticated by Al-Albani)

Unfaltering loyalty to the cause of God is the virtue of prophets. Prophet Muhammad (peace be upon him) was a brilliant example of a man committed to his divinely appointed mission. So it is no wonder that he stood firm against all opposition and finally succeeded in winning over the hearts and minds of millions.

For those who practice Sabr in Islam, there is always the unfailing promise and prospect of a never-ending world of felicity.