It divides Shia and Sunni Muslims, the two sides of Islam. It is the oldest division in the Middle East, but just like the schism in Christianity between Protestants and Catholics, it is as much about power and identity as religion.

Leaders have tried to use sectarianism as a tool to protect and strengthen their own legitimacy, just as European governments still sometimes use nationalism.

But the forces that are being unleashed in the Middle East are at best a blunt instrument, at worst beyond anyone's control.

At one end of the fault-line is Tripoli, Lebanon's second city - unquiet, divided and often dangerous.

The increasingly sectarian war in Syria, just across the mountains from Tripoli, has turbo-charged a longstanding local conflict between Sunni Muslims, the majority in the city, and Alawites, who are from the same Shia sect as President Bashar al-Assad.

In every city in Lebanon there are posters of men who have been killed fighting in Syria.

Hezbollah, the Shia political party and militia, has sent forces to fight for the Assad regime. Young Sunni men are commemorated in the heart of Tripoli.

One prominent local Sunni looked at the posters of the fresh-faced young men: "All they did was travel there and stay long enough to get killed. They were too young and untrained to have made much difference."

In a shed in his garden, on the Sunni side of Tripoli's front line, Abu Firas and his friends still idolise Saddam Hussein, the Sunni strongman who fought Shia Iran.

The 22-year-old son of Abu Firas died when two Sunni mosques were bombed in August. Abu Firas, like all Tripoli's Sunnis, blames the Shia.

"Of course God almighty will kill them," he said. "But we ask God almighty for permission and help to eradicate them all."

The local Sunni militia commander said grief and anger had pushed Abu Firas to extremes. But every sectarian killing in the Middle East deepens and spreads hatred.

The split in Islam goes back to a dispute about who should succeed the Prophet Muhammad after he died in 632. Those who wanted his position to be inherited by his closest associates became Sunnis. Those who thought his descendants should succeed him became Shia.

In modern times the American-led invasion of Iraq in 2003 started a new upheaval in Islam's sectarian divide. 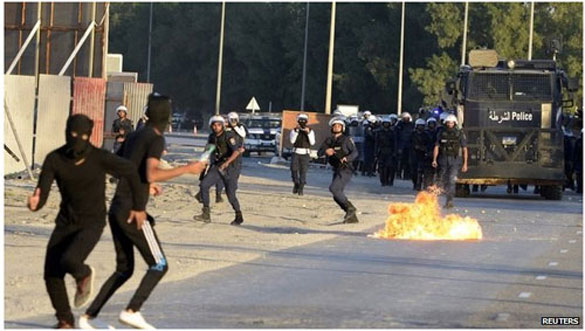 The removal of Saddam Hussein, Shia Iran's most bitter enemy, was a blow to the traditional Sunni ascendancy in the Middle East. Thousands of Iraqis have been killed in sectarian violence since then.

At the other end of the Gulf, in Bahrain, a longstanding political conflict between the poor Shia majority and the mainly Sunni ruling class has become more overtly sectarian. A member of the Bahraini ruling family told me he could feel the impact of sectarian clashes in Syria on Bahrain's streets.

In Syria itself, the uprising that called for freedom and justice has become an increasingly sectarian war. Sunni extremist groups, generally al-Qaeda followers, now dominate the armed opposition to President Assad.

The jihadists, who are using the Syrian war to increase their power in the heart of the Middle East, have a brutally sectarian vision of the world.

They repel many Syrian Sunnis, and are pushing Syria's minorities, Christians as well as Shia, even more firmly into the Assad camp.

In Beirut in November, suicide bombers attacked the embassy of Iran.

Many assumed it was the latest escalation in a proxy war between Shia Iran, the Syrian regime's backers, and Sunni Saudi Arabia, which supports the rebels.

The two regional rivals, either side of the Gulf, both blame each other for the rise of sectarianism.

Members of the Saudis' own Shia minority, mainly in the east of the country, complain that they are treated as potential fifth columnists for Iran. 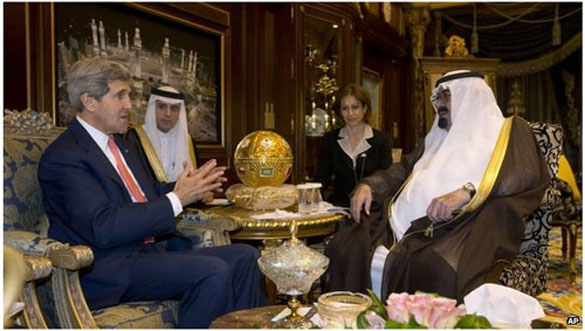 Both Iran and Saudi Arabia have helped stoke the fire, but divisions between Shia and Sunni have also been used and abused by leaders in other Arab countries who have no intention of sharing power with fellow members of their own sects, let alone anyone else.

I discussed Shia-Sunni tension with Iran's Foreign Minister Javad Zarif last month during the talks in Geneva that led to the first stage of a deal on the future of Iran's nuclear programme. 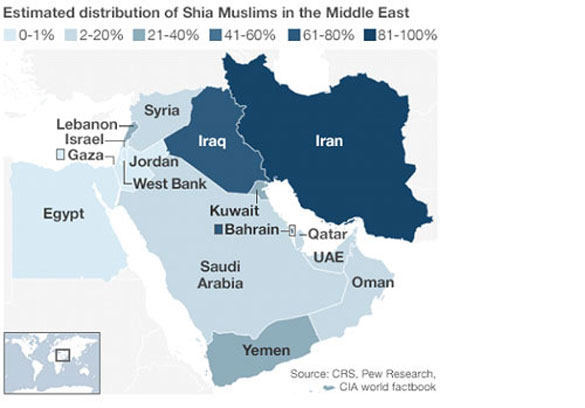 He told me that whatever the differences over Syria, the countries concerned should co-operate to control the widening Shia-Sunni split. Mr Zarif said it was the biggest threat not just to peace in the Middle East, but to the peace of the world.

If there is a chance to manage and perhaps reverse the tide of sectarianism, then it might have to come from Iran and Saudi Arabia. But the two countries are regional powers, divided by history as well as a 21st Century rivalry.

At a recent funeral for Shia fighters in Damascus who had died fighting for the regime, the mourners wasted little breath chanting praise for President Assad in whose army the men died. Instead the slogans were sectarian, exalting the Shia tradition. 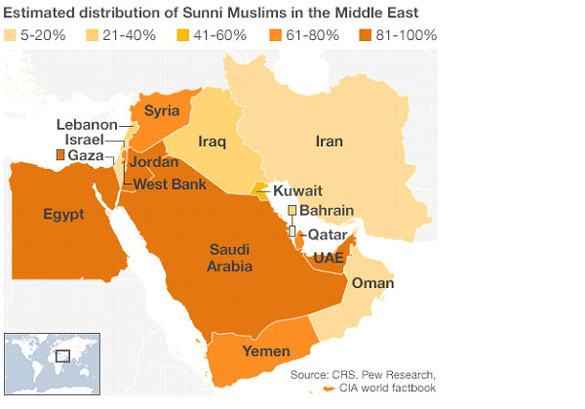 Even where sectarianism is less acute than Syria, there's economic crisis, political failure and renewed repression.

But the most dangerous force, which threatens to define the next decade in the Middle East, is the tension between Shia and Sunni.

Three years after the Arab uprisings started the weight of a millennium and a half of sectarian rivalry is crushing hopes of a better future.