Activist Kavita Krishnan’s video tirade against India Today channel’s news editor Rahul Kanwal for his coronavirus show titled ‘Madrasa Hotspots’ is spot on. The one thing Indian media is not doing is journalism. In fact, very few people are doing journalism today. Channels from Zee News, Aaj Tak to Network18 like to add the word ‘jihad’ to everything. Corona jihad or Zameen jihad, love jihad, Arthik jihad, and whatnot. But if anyone is waging a holy war today, it is Indian media’s jihad against Indian Muslims and Islam. 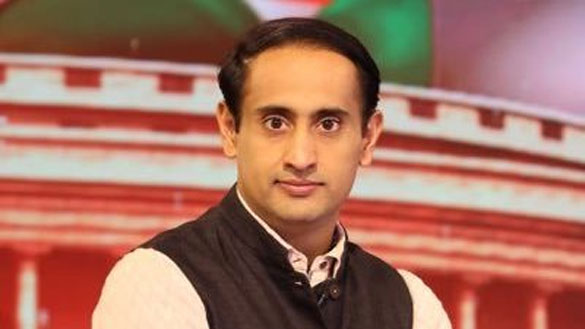 The year 2014 was a watershed moment in India. Not just because Narendra Modi became the prime minister with an absolute majority but because the Indian media, as it functioned until then, metamorphosed from a pigeon — a messenger of truth and facts — to a hyena, one that serves its own interest fuelled by an insatiable greed that drives it to devour its prey alive, sometimes ripping it apart, while it sniggers. Today’s news media, especially the prime time debates, is brutal, almost barbaric, with little to no regard for ethics and morality.

Journalism is now endangered and what’s masquerading in its name is business — with open display of bigotry and hate against Muslims and other minorities. It not only builds its viewership base by hook or crook to more advertising money but it also doubles up as a PR firm, serving the interest of the ruling Bharatiya Janata Party (BJP), to show it as the saviour of India.

And what’s the flavour of the season in the Indian media’s bid to do the bidding for the BJP? An extra large scoop of Islamophobia with some sprinkling on top — Tablighi Jamaat conspiracy theories (from spitting to shitting), a dash of anti-nationalism reserved for Muslims who are called more Pakistani than Indian, a huge dollop of ISIS connection (especially in the land of Malayalis), and a generous serving of demonisation through constant use of rhetorics like jihad, Halala, triple talaq, beef eaters, and anything that a devious mind can conjure (‘Muslims in India are deliberately spreading the coronavirus’). 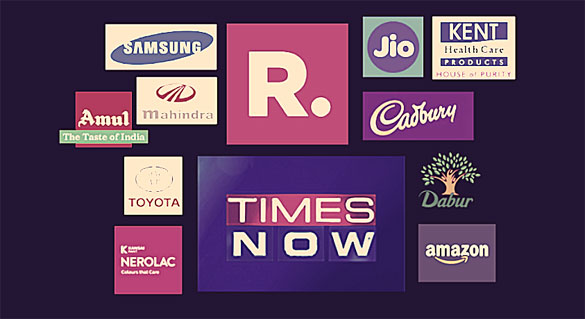 Of course not every media house is like this. Some try to be trailblazers of truth and investigation. But media is a capital intensive industry. It needs money, especially to compete with the dazzling HD-quality channels or publications with subscribers in millions. Besides, the government can cut it off anytime or withhold advertisements to make it go bankrupt. It’s really a choice between Scylla and Charybdis.

Let’s compare this to the past when things were not so bleak. Except during the Emergency, Doordarshan and All India Radio (AIR) used to air news without any opinion. In fact, Section 12 (2) (b) of the Prasar Bharati (Broadcasting Corporation of India) Act, 1990 makes the duty of public broadcaster very clear: to safeguard “the citizen’s right to be informed freely, truthfully and objectively on all matters of public interest… and presenting a fair and balanced flow of information including contrasting views without advocating any opinion or ideology of its own.”

Although dubbed as the central government’s mouthpiece, Doordarshan’s DD National (formerly DD1) was not a perception changer like today’s news channels that primarily depend on sensationalised ‘breaking news’ with a lot of confirmation bias. 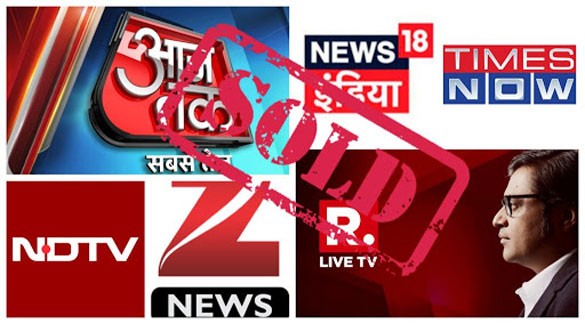 But Doordarshan has not been without the blemish either. It edited out portions of Narendra Modi’s pre-election interview in 2014 and then telecast it in full when Modi took umbrage at it. But the broadcaster refused to telecast then Tripura chief minister Manik Sarkar’s pre-recorded 2017 Independence Day speech even after the CPM leader called its act “undemocratic, authoritarian” and “also (an) expression of intolerance”.

Now, Doordarshan appears to be buckling completely under pressure, with the Narendra Modi government considering dissolving Prasar Bharti and converting both DD National and AIR into public sector units to keep the majority stake with itself.

When print publication dominated the media sphere, things were still authentic because reportage was given more weightage than opinion. But that also died with the emergence of social media. Today, anyone with a camera phone is a journalist and everyone has a ‘journalistic’ opinion to air. A video is more easily consumable than an 800-word article. Full-page political ads and increase in the number of classified pages are a sign of how print media’s independence has taken a hit in the past six years during which a large number of people have moved to social media that Modi and his BJP have used like a magic wand. 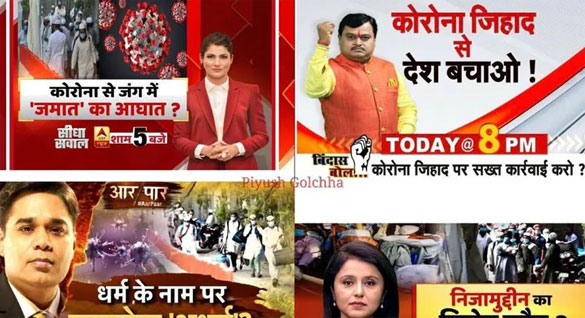 While it’s here on social media that bigotry against Muslims is more pronounced, it takes inspiration, and content, from the news channels that engage in hate 24X7. So, the question remains, why does India media detests Muslims so much? Why don’t news anchors like Sudhir Chaudhary, Arnab Goswami, Deepak Chaurasia, Amish Devgan, Anjana Om Kashyap, Rohit Sardana and their types ever get tired of demonising Muslims day in and day out?  Is it that majority Hindus have always hated Muslims and after 9/11, the advent of Bin Laden, Al Qaeda, ISIS, and 2014, it just became the new normal to do so publicly? Or has the persistent propaganda to reinforce fanatic beliefs about Muslims as being violent and irrational led majority Hindus to inculcate them in their daily lives, even if they have personally never experienced any of those propagated beliefs?

The Tablighi Jamaat fiasco is a good example. Like a herd of cattle that cannot think on its own, the 1500-odd men who were stuck at Delhi’s Nizamuddin Markaz continued to stay there while their spiritual shepherd — Maulana Saad — didn’t think it necessary to empty the premises despite the fear of the coronavirus. But were they the only religious groups who did this? No.

The Tablighi Jamaat congregated between 13 and 15 March, but temples like Siddhivinayak and Mahakaleshwar were not closed until 16 March. Shirdi Saibaba Mandir and Shani Shingnapur Temple were closed only on 17 March, Vaishno Devi on 18 March, and the Kashi Vishwanath Temple was operating until 20 March — a day after Prime Minister Modi had addressed the nation and called for ‘social distancing’. Some news channels pointed these anomalies out but for the most part, the narrative to demonise and blame the entire Muslim community — and not only the Tablighi organisers — played on a loop. What did it lead to? Muslims began to be targeted, assaulted, beaten up, abused on streets by nameless goons and the police without any action against anyone. The same media that helped propagate it conveniently ignored all the attacks on Muslims.

Fake news has been used rather assiduously in India to create a sense of unity within the majority. A feeling of unity to hate a common enemy and defeat that enemy by voting a Hindu nationalist political party that will safeguard their rights.

The ‘us vs them’ elixir has always worked. And so a premier liberal institute like Jawaharlal Nehru University (JNU) can be projected as the land of condoms and ‘anti-nationals’. Or media can blithely express entitlement over Ayodhya by crooning: “Janmabhoomi Humari, Ram Humare, Masjidwale Kahaan Se Padhare” (The land is ours, Ram is Ours, Why have the people of the mosque arrived here). Or that the protests against the Citizenship Amendment Act (CAA) and the National Register of Citizens (NRC) were being funded by foreign entities. Why isn’t anyone talking about the Gaumutra and Gobar parties thrown by superstitious Hindus to fight the coronavirus? Why aren’t these unscientific and unhygienic practices being called out? Why isn’t anyone outraged by pilgrims stuck in Gurudwara and temples? Because no one is bothered by “non-Muslim” folks doing anything wrong.

From the looks of it, Indian media is winning the war being waged against Muslims and Islam. Have you read the news? A “Muslim” man — Dilshad Ali — has been lynched. Dilshad, badly beaten up by goons over accusations that he had plans to deliberately spread the coronavirus, is alive. But since he survived the brutal attack and didn’t join Mohammed Ahlaq and Junaid Khan and Pehlu Khan among others, there’s nothing to feel outraged about what’s going on.

Original Headline: Indian media is waging a holy war against Muslims. It acts like hyenas