In 2021, the youth in the Middle East will be observing the tenth anniversary of what came to be called the “Arab Spring of 2011”. That was when tens of thousands of young people gathered in public squares of the region demanding to play a role in the way they were governed. The immediate inspiration behind the expression of their discontent was the self-immolation of Muhammad Bouazizi who, haunted by the officialdom of Tunis, the capital of Tunisia, set himself on fire. “How do you expect me to make a living? he shouted before dousing himself with petrol in front of the governor’s office. His protest was aimed at official corruption. Local officials had confiscated his fruit cart because he did not have the licence to operate it. The real reason was that he did not have the money they wanted to extort from him. 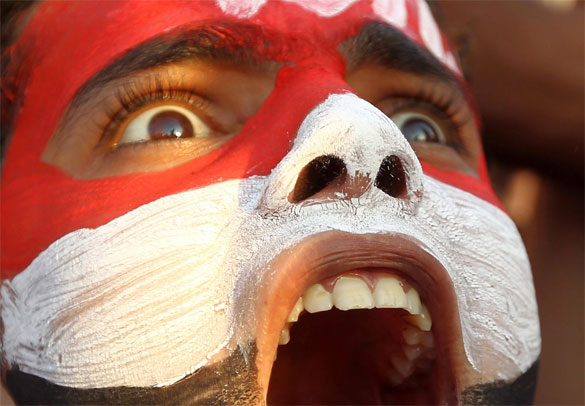 To label the political upheaval of early 2011 as the “Arab Spring” turned out to be the wrong metaphor for the Arab world. Those who used that metaphor either did not understand the region or if they did they were being overly optimistic. The deep cold of authoritarianism in the lands of the Arabs did not yield to the spring of democracy, freedom and inclusive economic progress. After the rebellious youth were able to force a few long-serving dictators to leave office, there was only a brief moment of respite and that too in a few places. In some countries youth activism led to civil wars. This happened in Syria, Yemen and Libya. In Egypt, after a brief interregnum of democratic rule under the Muslim Brotherhood, the military was back in power, putting in place a political order that was more vicious than the one over which General Hosni Mubarak had presided for several decades. The elite and their supporters in the West feared the Brotherhood since it brought Islam into politics. What the West — in particular the United States — was looking for were leaders and political systems that would calm these countries so that the citizens did not look at Israel as a coloniser of Arab territory.

The West’s reading was correct as a number of Arab countries made peace with the Jewish state. Israel’s impressive technological advance, its management skills and its ability to provide its people with education and training needed to get associated with the modern world would be helpful for the Arab youth. This opening to Israel by the UAE, Bahrain, Sudan and Morocco is more of an Arab Spring than the one that occurred ten years ago. The region has a lot of ground to cover as suggested by some indicators and several analysts of Arab origin.

“It’s been a lost decade,” said Tarik Yousef, speaking of the time since the “Spring” of 2011. He is the director of the Brookings Doha Center. He recalled the euphoria he initially felt when the fall of Libya’s Moammar Gaddafi in August 2011 enabled him to return home for the first time in years. “Now we have the return of fear and intimidation. The region has experienced setbacks at every turn.”

The same sentiment was expressed by several other Arab thinkers. “Dictators have prevailed, mainly through coercion,” said Lina Khatib, who is the head of the Middle East and North Africa programme at London-based Chatham House. “However, coercion seeds further grievances that will force citizens to seek political change.”

Others fear worse instability and violence occasioned by the fall in oil prices, decline in worker remittances, and the fallout from the coronavirus shutdowns. “We have failing states across the entire region. We have a huge economic challenge coupled with a young generation rising and asking for a role. This puts us on the path to an explosion,” said Bachar al-Halabi, a Lebanese political analyst who relocated to Turkey last year because of anonymous threats to his safety. “The region is in a worse state than ever before.”

There are a number of things common in the Arab world. A high rate of population growth means a young population. And poor economic performance in most of these countries means high rates of unemployment. The population of the region has grown by 70 million since the Arab Spring of 2011 and it is expected to increase by another 120 million by 2030. Youth unemployment has noticeably worsened since 2011 — increasing from 32.9 percent in 2012 to 36.5 percent in 2020, according to International Labour Organization. Governments in the area have been the largest employers for years but with economic pressures weighing them down, this outlet has also narrowed. In the 1970s, a male Egyptian graduate had a 70 percent chance of being employed by the government. By 2016, that rate had fallen to 25 percent.

The incidence of poverty in the Middle East has increased since 2011, making the region the only place in the world where people have become poorer in terms of both the total number of poor and their proportion of the population. According to the World Bank, in 2018 the Middle East passed Latin America in terms of the number of people it counted as poor. The gap between the very rich and the very poor also increased significantly.

Egypt offers a good example of the way the elite in the Arab world have responded to the danger posed by events such as the “2011 Spring”. The government headed by President Fattah el-Sisi has transformed Tahrir Square, the site where the youth gathered in 2011 to mount an effective protest against the government of Hosni Mubarak. “Tahrir Square — a throbbing tangle of traffic, staging ground for revolutions and, in recent years, a field of broken dreams — has long occupied a special place in Egypt’s culture and history,” wrote Declan Walsh in his coverage of the tenth anniversary of the “Spring”. “Since it was carved from a patch of swampy land by the Nile more than 150 years ago, the sprawling plaza has been both a totem and threat for Egypt’s rulers. Tahrir was born of the whim of a vain glorious ruler. In the mid-19th century, the Ottoman viceroy, Khedive Ismail Pasha, built a network of elegant boulevards, imitating Paris that converged on a space that was named, at first, after himself: Ismailia Square. After the British took Cairo in 1882, Tahrir was at the heart of the colonial project, home to a large military barracks where a young officer named T.E. Lawrence — Lawrence of Arabia — proposed his first expeditions across the Middle East. But Tahrir turned against the colonists in 1919 when a countrywide revolt swept Egypt, hastening Britain’s exit. It was renamed Tahrir, or Liberation Square after the 1952 Free Officers’ revolution.”

President Abdel Fattah el-Sisi, the country’s new military leader, has also turned his attention to changing Tahrir — this time by removing the Egyptian capital from Cairo, a city of 20 million, to a place outside in the desert 25 miles from the present capital. The cost is estimated at $60 billion. Only time will tell whether the relocation of the capital would bring sustained peace.

Original Headline: The Arab world after the ‘Spring of 2011’