Don’t Push the Indian Muslim over the Edge 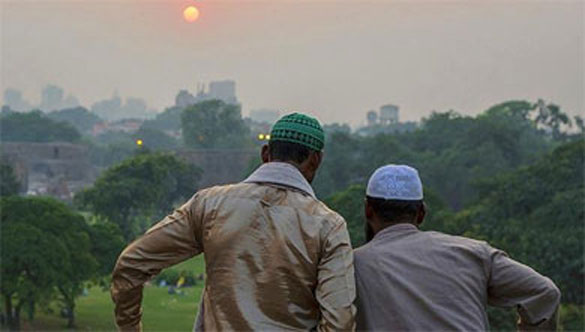 It suggested that a shared history of over a 1,000 years, a tradition of Sufi Islam and a recourse to a democratic framework along with a watchful State have kept Muslims moderate (Abhishek Saha/HT Photo)

An expert on Islamic affairs working in the United States recently observed: “I’ve been very struck by the lack of a strong, indigenous jihadist movement in India. What do you think explains its absence?” I had no immediate response. If you review some of the commentary from influential Indian writers, a jihadist cataclysm seems imminent. Right-wing political discourse, fuelled by the RSS and BJP, is increasingly Islamophobic. Ultra-nationalism and loyalty tests have entered public discourse. Yet the only longstanding violent movement involving Muslims in India is in Kashmir, which is not strictly an issue about Islamic radicalism. Why hasn’t Islamic extremism taken hold in India?

According to the Global Terrorism Database, hosted by the University of Maryland, acts of terrorism in India by Muslims were far fewer than those committed by others. Furthermore, these declined as a share of the total over the period 2000-2014. While SIMI and Indian Mujahedeen were in the news, their impact was limited. Attacks linked to these outfits claimed less than 150 fatalities. These numbers don’t suggest the kind of threat many Right-wing politicians and writers have in mind.

The rise of the Islamic State (IS) and its ability to attract young minds is a danger India must remain vigilant to, but available data shows that Indian Muslims have so far shunned IS. A recent analysis published by The Telegraph, a British newspaper, estimates that about 27,000 foreigners are fighting for IS in Iraq and Syria. Of these, Indians account for only 23 to 45. In absolute terms or as a share of India’s Muslim population, this is minuscule.

In the 2014 article ‘Why India’s Muslims are so moderate’, The Economist explained that Indian Muslims have remained moderate in spite of “reasons for some gloom: they endure lower levels of education, income, political representation or government jobs than the majority Hindus.” It suggested that a shared history of over a 1,000 years, a tradition of Sufi Islam and a recourse to a democratic framework along with a watchful State have kept Muslims moderate.

But these explanations are insufficient. Whatever the influence of Sufi Islam, it is also true that Muslims today are very diverse. In fact, diversity is a natural risk management mechanism and creates a barrier to any extremist ideology.

Writers like Fareed Zakaria have argued that disaffection caused by a loss of identity in second generation European Muslims combined with discrimination has led many to join IS. As indicated in the Sachar Committee Report, Indian Muslims suffer ‘socioeconomic deprivation’, but this has still not proven sufficient to push young Muslims over the edge. The reason could be that other communities, such as Dalits, also face discrimination and this ‘misery loves company’ syndrome could dilute the lure of extremism.

Two points of caution are in order. First, the past cannot guarantee the future. Vigilance by Muslim families, community leaders, and the government is necessary. Second, the rise of Hindutva and ultra-nationalism may pave the way for institutionalised marginalisation of Muslims. This will shake the foundations of India’s pluralistic character. These trends are dangerous, self-defeating and threaten India’s security and well-being.

Indian Muslims have overwhelmingly rejected extremism. Yet efforts are on to make Muslims the ‘other’. The RSS and BJP cannot strengthen India without taking everybody, including Muslims, along. The sooner they understand this, the better it will be for India.

Salman Anees Soz, formerly with the World Bank, is a national media panellist of the Indian National Congress