By winning five seats in the Bihar state election, Asaduddin Owaisi’s AIMIM (All India Majlis-e-Ittehad-ul-Muslimeen) has proved it is no longer a fringe player or spoiler. It is now a party that none can ignore. It could become kingmaker in future elections. 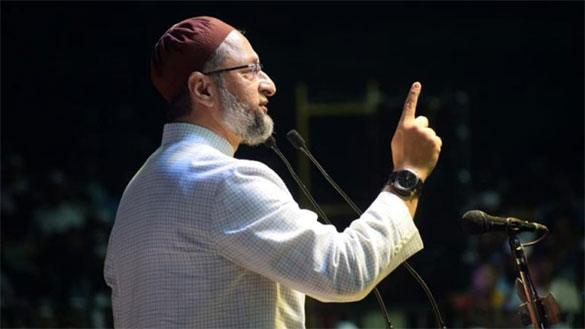 Since the 1990s, India’s political space has increasingly been occupied by sectarian parties based on caste, religion, or region. Major players in this category include the Shiv Sena, Samajwadi Party, BSP, RJD, JDU, Trinamool Congress, TDP, YSR Congress, and JDS in Karnataka. The notable missing community in this sectarian explosion has been Muslims. They account for almost 15% of the population, and over 30% in dozens of constituencies. This is higher than the vote shares of Dalits, Tribals, Yadavs or several other castes that have their own parties. Regional Muslim parties have long existed in Assam (AIUDF), Kerala (IUML) and Telangana (AIMIM), but with no all-India glue to hold them together.

Creating an all-India Muslim party runs the risk of being attacked as a pro-Pakistani plot. The All-India Muslim League of the British Raj created Pakistan. It was disbanded after Independence. A pro-India Indian Union Muslim League had scattered adherents in many states but took root only in Kerala. In most of India, Muslims voted for secular parties to guarantee their safety and rights.

However, the rise of the BJP changed things. Under Vajpayee, the BJP was still a centrist party. Under Modi, the Hindutva fringe has become mainstream. Lynchings and other attacks on Muslims have made that community very apprehensive. Social media is chock full of trolls painting all Muslims as anti-national traitors.

Once, Muslims banked on the Congress to check Hindu communalism. Now the Congress sees the BJP riding the crest of a Hindu wave and wants a slice of that action. So, it has shifted from Nehruvian secularism to soft Hindutva. The worst example was the Gujarat election of 2002. Faced with the popularity of chief minister Modi, the Congress chose as its leader a BJP defector, Shankersinh Vaghela. The BJP versus Congress contest was a contest between two RSS stalwarts. Deservedly, the Congress was thrashed. Yet it continues with its soft Hindutva line, promoting Rahul Gandhi as a Shiva-worshipper.

This pathetic Congress opportunism has flopped electorally. Muslims and secularists who once looked up to it now deride it. This has opened space for an all-India Muslim party.

The AIMIM has long flourished in Hyderabad. It originated in the dreaded Razakars of the princely state of Hyderabad, who sought independence and not union with India. But Hyderabad became part of India after armed intervention in 1948. The AIMIM morphed into a regional Hyderabadi party, winning many local elections, and producing many mayors.

The party developed all-India ambitions after Asaduddin Owaisi became its leader. It contested local elections in Maharashtra in 2012 and Karnataka in 2013, winning several seats. Then in the 2017 Uttar Pradesh civic body elections it won 31 of 78 seats it contested. In the 2019 general election it contested 47 seats in Maharashtra in alliance with the Dalit party of Prakash Ambedkar and won its first parliamentary seat. It then contested 20 seats in the Bihar state elections and won five, in combination with the BSP and Rashtriya Lok Samta Party. It now plans to contest coming state elections in West Bengal and Uttar Pradesh. 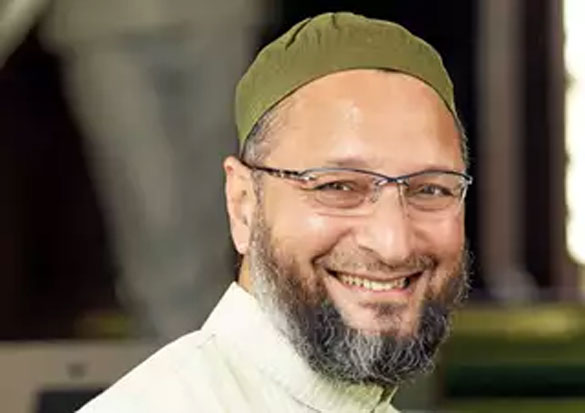 Although it has a solid Muslim base, AIMIM claims to be secular and fields several Hindu candidates. It has had three Hindu mayors in Hyderabad — K Prakash Rao, A Satyanarayana and A Pochaiah. In one local election it fielded a Hindu, V Bhanumathi, who beat the Muslim candidate of the Congress. That might be a portent of things to come.

The Congress complains that the AIMIM splits anti-BJP votes and helps the saffron crowd. It said the same of the BSP earlier and got nowhere. The AIMIM can be a vote splitter if it fights independently of the main anti-BJP front. But once it establishes its inherent strength, as it now has in several states including Bihar, it can join the main anti-BJP front and lay claim to several tickets, becoming a vote consolidator and not splitter. This will be mainly at the expense of the fading Congress. If the AIMIM proves it can transfer its Muslim votes to other parties within a united front, it will become highly influential.

This is a positive development. My main caveat is the AIMIM’s attack on Bangladeshi author Taslima Nasreen in Hyderabad in 2007. Conservative Muslims view her as a heretic and libertine but have no right to rough her up. Owaisi should apologise.

Original Headline: Time has come for an all-India Muslim party