For the last three years, Myanmar has been denying the genocide against the Rohingya Muslims despite documentary evidences and eyewitness accounts of survivors. But now the government of Gambia, a small Muslim-dominated country of West Africa has taken the lead to drag the Myanmar government to the International Court of Justice under the UN.

In November 2019, Gambia had opened its case against Myanmar in the ICJ and requested it to start proceedings against the Myanmar government and the military to hold them to account for the genocide of Rohingya Muslims and prevent further genocide of the Rohingyas.

The ICJ had found substance in the allegations made by Gambia and had decided to go ahead with the case. 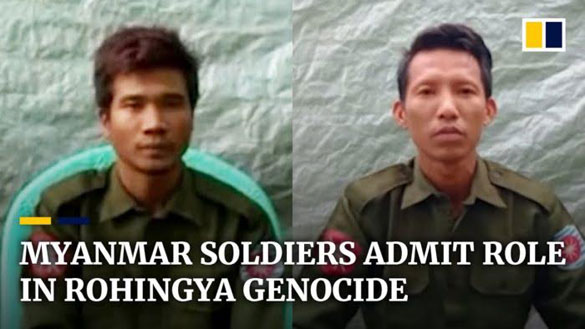 In its first hearing on December10-11, 2019, Myanmar admitted before the International Court in The Hague that its security forces did commit atrocities against the Rohingyas but denied the allegations of genocide.

But the ICJ was not convinced by the arguments of the Myanmar government and on January 23, it ordered Myanmar government to take immediate steps to prevent further acts of genocide of Rohingya's Muslims. Myanmar has been ordered to submit report of steps it has taken to protect the Rohingyas every six months.

It should be noted that the Nobel laureate Aung San Suu Kyi heads the democratic government of Myanmar and has shamelessly denied her military's involvement in the genocide in the ICJ. She said that her government had conducted an internal investigation and her government would take action against the security forces involved in any wrongdoing. Therefore, there was no need for any international intervention.

Taking the case further, on 23 October 2020, Gambia submitted a 500-page memorial and another 5000 pages of supporting documents to the ICJ showing that the Myanmar army was involved in the genocide of the Rohingya Muslims in 2017.

Tbe Myanmar government will now submit a counter-memorial to the ICJ.

The Rohingyas were deported to Bangladesh by the Myanmar army and 1.2 million Rohingya have taken shelter in Bangladesh to escape persecution in Myanmar. Bangladesh is a member of the ICC. Therefore, Bangladesh has promised Gambia to provide every possible support in the case.

Apart from taking into consideration documentary evidences submitted by Gambia the International Court of Justice relies on the findings of the Fact Finding Commission of the UNCHR which concluded that the security forces of Myanmar had committed the atrocities with "genocidal intent" against Rohingyas. The Fact Finding Mission had also observed that there were reasonable grounds to conclude to the commission of genocide against Rohingyas.

According to reports, the Myanmar army and Buddhist militia killed more than 34000 Rohingya Muslims, 18000 girls and women were gang-raped by the army, 115,000 houses were burned down and another 113000 houses were vandalised. 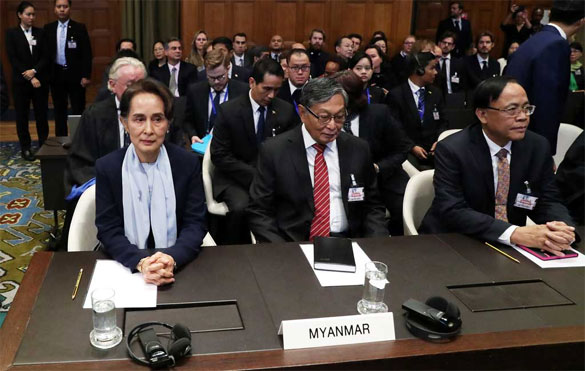 Myanmar's leader Aung San Suu Kyi attends a hearing on the second day of hearings in a case filed by Gambia against Myanmar alleging genocide against the minority Muslim Rohingya population, at the International Court of Justice (ICJ) in The Hague, Netherlands December 11, 2019 Reuters

In another fillip to the genocide case filed by Gambia, Canada and Netherlands have joined Gambia seeking punishment to the perpetrators of the genocide. They have also urged other countries to come forward to support Gambia so that genocide can be prevented and genocide victims get justice.

In another setback to Myanmar, two soldiers of the Myanmar Army, Myo Win Tun, 33, and Zaw Main Tung 30 fled from the army in July this year and confessed to the killing of Rohingyas and gang-rape of Rohingya women and burying them in mass graves in Buthidaung and Maungdaw in Rakhine state. They confessed in a video testimonial that they wiped out 20 villages from the map at the order of their commanders. They also named another 17 soldiers including 6 senior commanders involved in the genocide.

According to reports, they have been taken to the International Court. However, the ICC has denied custody of the two soldiers. The soldiers were probably in the custody of the Arakan Army, an insurgent group fighting against the Myanmar Army.

Their testimonial is important for establishing the role of the Tatmadaw (Myanmar Army) in the genocide as the army says it was only a 'haphazard' response by the military to attacks by Muslim militants.

Myanmar's army and Buddhist militia have regularly persecuted the Rohingyas leading to their killing and displacement in large numbers. In 2012 too, the Army crackdown along with Buddhist militia rioting against Rohingyas forced them to flee to Bangladesh. Since the international community has not been able to do much against Myanmar except verbal condemnation, Myanmar has been persecuting the Rohingyas with impunity. And since China has been defending Myanmar on Rohingya issue Myanmar feels safe and emboldened as any resolution against it in the United Nations will be vetoed by China because China has its economic and political interests in Myanmar. The railways of Myanmar, for example, has been built by China. The Uighurs of China have been persecuted by China for decades. So China can't preach Myanmar what it does not practice.

Despite the order of the ICJ to Myanmar to prevent further genocide and atrocities against the Rohingyas, the Myanmar army continues to perpetrate atrocities against them. The Rohingyas have alleged that the security forces now persecute them at the pretext of taking preventive measures against Covid-19. The security forces beat or fine them for not wearing the mask properly or wearing an old mask. 120000 Rohingyas have been put in internment camps and they are made to work as bonded labourers.

The international community should rally behind Gambia to save the Rohingya Muslims from ethnic cleansing and persecution and to bring the perpetrators to book for the violation of the Genocide Convention.