‘Love Jihad’ Laws Are For The Social Exclusion Of Muslims

The state governments of UP, Haryana and Karnataka have announced their intentions to bring in laws to curb the bogey of ‘love jihad’. In a bizarre statement, the chief minister of UP has even warned men who ‘hide their identities’ and ‘play with the honour of daughters and sisters’ to get ready for their own funerals.

‘Love jihad’ caught public attention in 2009, when a website hindujagruti.org claimed that some organisation called Muslim Youth Forum had put up a poster regarding ‘love jihad’, which entailed ‘trapping’ Hindu girls in love with the aim of converting them for marriage. Later, its existence in some other states too was claimed.  The claim of hindujagruti.org that five Islamic websites mentioned by them had references to love jihad was found to be false. After a sustained investigation, the Kerala police concluded that it was a campaign with no substance. Eventually, Justice M. Sasidharan Nambiar of the Kerala high court held that ‘inter-religion marriages were common in our society and it could not be seen as a crime’ and closed the investigation. 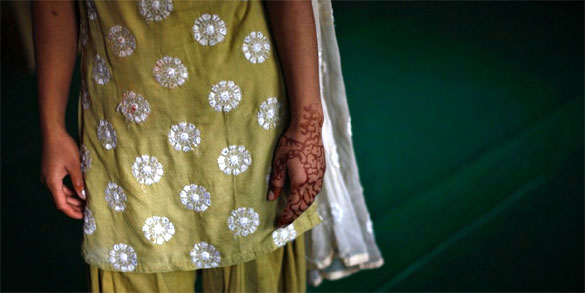 Representative image of a woman with mehendi on her hands. Photo: Reuters

The Sheer Illegality Of The Very Idea

The Union government itself has admitted before parliament, “The term ‘love jihad’ is not defined under the extant laws. No such case of ‘love jihad’ has been reported by any of the central agencies.”

In the Hadiya case of 2018, the National Investigation Agency had alleged that Hadiya was a victim of what they had, for obvious reasons, hypothesised as indoctrination and psychological kidnapping. The Supreme Court observed that matters of belief and faith, including whether to believe, are at the core of constitutional liberty and the state or ‘patriarchal supremacy’ could not interfere in her decision. Justice Chandrachud wrote that the ‘absolute right of an individual to choose a life partner is not in the least affected by matters of faith’. 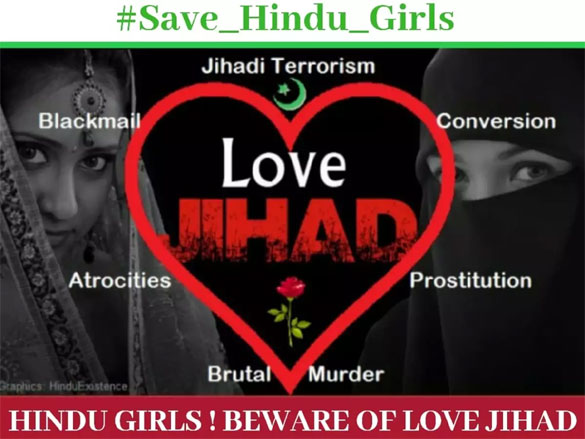 Some confusion has been created by a misplaced reference to a recent Allahabad high court judgment in the case of Priyanshi. In this case, a Muslim girl had converted to Hinduism on June 29 and married a Muslim man on July 31. They had sought protection from the respondents. The high court said that conversion just for the purpose of marriage was unacceptable and declined to interfere.

Two Supreme Court rulings were also quoted out of context. In the cases of Lily Thomas (2000) and Sarla Mudgal (1995), Hindu husbands had converted to get a second wife. It was held that while a Hindu husband had a right to embrace Islam as his religion, he had no right under the Hindu Marriage Act to marry again without getting his earlier marriage under the Act dissolved. It was in this context that the court had held that a conversion would be valid only if there was a ‘real change in belief’. It did not make it a necessary pre-condition for all conversions.

In November 2019, the UP State Law Commission (UPSLC) had submitted its eighth report to the state government along with draft legislation recommending a new law to regulate and control conversions.

Conceptually, it is similar to the (bizarrely named) Freedom of Religion Acts (essentially anti-conversion laws) in Arunachal Pradesh, Odisha, Madhya Pradesh, Chhattisgarh, Gujarat, Himachal Pradesh, Jharkhand, and Uttarakhand, which seek to prevent conversion through forcible or fraudulent means, or by allurement or inducement. 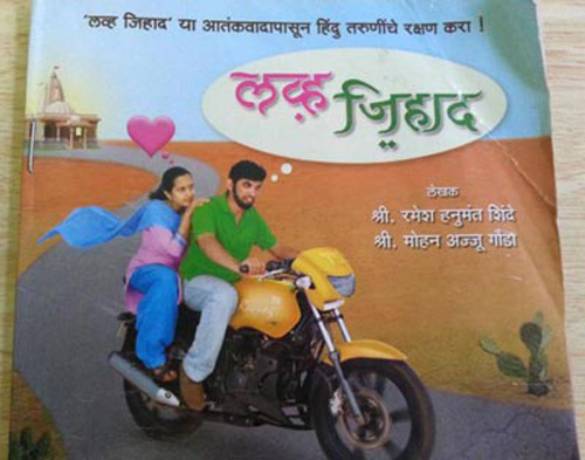 In Rev. Stainislaus vs State of Madhya Pradesh & Ors (1977), a constitution bench of the Supreme Court had upheld the validity of the Madhya Pradesh Dharma Swatantraya Adhiniyam, 1968, and the Orissa Freedom of Religion Act, 1967. Making a fine legal point, the court had held that the right to propagate did not include the right to convert any person. In other words, propagation is different from proselytisation, which needed to be regulated.

However, now Justice (Retd) Aditya Nath Mittal, chairperson of the UPSLC, himself says that if the state government sought to bring a ‘limited scope legislation’ restricting marriages between a Hindu and a Muslim in the garb of curbing ‘love jihad’, it would not stand in law. Since the proposed draft Bill is not available yet, further comments on that are not warranted.

Sinister Motive Of Raising The Bogey Of ‘Love Jihad’

Radical Hindu groups do not bother about the government’s own denial of love jihad. It can be inferred from their messages on social media and a large number of ‘unofficial’ websites that when they speak of ‘love jihad’, they want the Hindus to believe that it is a nefarious ‘conspiracy’ of the Muslims in India. To describe it as ‘India’s ‘moral imaginaries’ is utterly euphemistic.

In the fiction of the Hindu radical groups, their first objective is to make the Hindus believe that the Muslims are capable of ‘taking away’ their women, if not as ‘spoils of war’ as was supposedly the case in the medieval era, then by ‘enticing’ them. Second, it amounts to an insult to the honour of their womenfolk that they are sexually ‘used’ by Muslims. Third, it is a slap on the manhood of Hindu men that their women are obliged to look for men outside their community, for love, sexual gratification or whatever. Fourth, by marrying Hindu girls, they want to increase the Muslim population or propagate ‘Muslim genes’ at the cost of the Hindu population, which will have as many fewer girls to reproduce. Fifth, if it continues unchecked, eventually Muslims will overtake the Hindu population.

The Real Purpose Of Forming The SIT In UP

In an investigation by NDTV, several Hindu girls of Kanpur spoke emphatically on camera that they had married and converted out of their free will sans any coercion or inducement of any kind.

Hindu radical groups do not have any locus standi to raise their voice in this matter. However, even if the girls’ families alleged that they had been coerced or deceived, at most the police could have asked the girls to depose before a magistrate or submit a notarized affidavit. There was no need to register cases and form a Special Investigation Team for that. They could investigate only if the girls’ statements hinted at conversion through forcible or fraudulent means, or by allurement or inducement.

They know that it is difficult to secure convictions in such flimsy cases. It is therefore obvious that the ulterior motive of forming the SIT is to harass and hound those Muslim boys and their families by entangling them in the endless morass of the criminal justice system besides furthering a certain political agenda. The purpose of harassment is to deter other potential ‘candidates’ and convey a message to the community that should some of them dare to deviate from the line set by the Hindu radicals, others too will have to suffer.

They are intended to appease those amongst the Hindus who see this narrative as an effort to save the ‘honour’ of their women from being ‘violated’ by those many of them consider ‘mlechchhas’ in a narrative that purposefully refuses to accept the integration of the Muslims in Indian society. This translates directly into electoral benefits.

Debunking The Myth Of Love Jihad

No reliable data is available regarding the number of inter-faith marriages in India. A 2013 study had used a very limited survey of just 41,554 households. Their finding of 2.21% of marriages being inter-faith, therefore, appears to be grossly misleading.

Even in Kerala, from where all this talk of ‘love jihad’ started, the high court quoted in 2009 that about 3,000-4.000 religious conversions had taken place in the past four years after love affairs. In 2012, the government informed the assembly that 2,667 women had converted to Islam in the state since 2006. In any case, there could not be more than 500-1,000 Muslim boy-Hindu girl marriages per year. Assuming that about 10 million marriages take place every year in India, Kerala would get a maximum of 2,76,000 marriages per year (its population being 3.34 crore out of a total of 121 crore in 2011). That gives a figure of just 0.36% marriages being interfaith. The national average can be expected to be somewhat less than this.

The very small percentage of interfaith marriages cannot contribute significantly to the growth of the Muslim population. In Kerala, the growth of the Muslim population during 2001-2011 was about a lakh per year. This means that interfaith marriages could not have contributed more than 1,000 to the yearly addition—that is, just 1%!

The illegality of their contention apart, the onus is on the radical Hindu groups to ‘prove’ as to why this insignificant contribution to the growth in Muslim population ought to be perceived as a cause of concern.

It is true that conversion is not necessary for an interfaith marriage. If they so desire, people can marry under the Special Marriage Act (SMA). However, it is for them to decide whether they want to marry under the SMA or not. In any case, the provision of the SMA regarding wide publication of the personal details of those who want to wed under it has been challenged in the Supreme Court. It is contended that it violates their privacy and has a chilling effect on the right to marry in the backdrop of violence against inter-caste and interfaith marriages.

Should they so desire, they can marry under the SMA and, just to prove the point, can convert thereafter. That the SMA exists cannot be a ground to deny the right to convert of one’s own volition.

That the SMA exists cannot be a ground to deny the right to convert of one’s own volition. Photo: Unsplash/Saad

Governments do not have a right to legislate on a fictional thing.

The spectre of ‘love jihad’ both communalises and criminalises a matter of personal choice between two consenting adults. Such laws, if passed, besides being ultra vires of the constitution, will also demonstrate how the legislative process could be deliberately abused to further a political agenda. It would be inherently immoral because it would seek to delegitimise something as sacred as love. It would be patriarchal and anti-women because it would treat Hindu women as ‘property’ of their men, and thus control their sexuality. It would be degrading to them because it would presume that they are so gullible that they could not be trusted upon to decide what is good for them in life.

The ulterior political motive is to carry the social exclusion of Muslims to its logical end where, for all practical purposes, they are driven out of the social ecosystem altogether. They might not be able to make the Hindu rashtra a physical or political reality; they can sure strive to make it a social reality.

N.C. Asthana, a retired IPS officer, was DGP Kerala and a long-time ADG CRPF and BSF. Views are personal.

Original Headline:  Ulterior Motive of ‘Love Jihad’ Laws Is to Drive Muslims Out of the Social Ecosystem