India’s Muslims and liberals are withering in each other’s embrace. The liberal discourse in India has come in for sharp criticism not only from the Right-wing but also the non-partisan centrists for being unprincipled in its tacit indulgence of minorityism, which might have widened the chasm between the majority and minority communities where the former is always a bully and the latter always has its back to the wall. 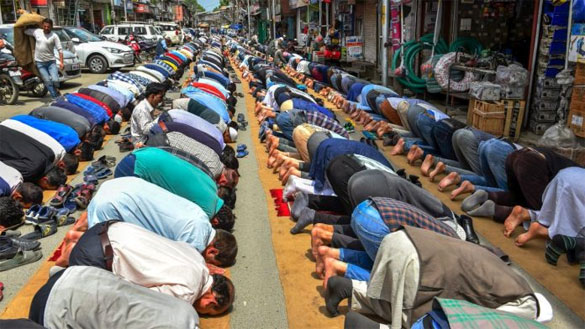 It has been often said that despite mouthing the platitude of mainstreaming the minority, liberals helped in institutionalising minorityism. It cocooned liberals in a paternalistic aura.

The situation was further exacerbated when the middle caste’s electoral assertion piggybacked on the Muslim vote. OBCs and minority politics were found cosying up in the bed of secularism. This was a marriage of convenience.

How did liberalism come to this when it had been the byword for everything progressive, humanistic, secular, democratic, reformative and transformative; and a default opposite of obscurantism, regression and totalitarianism? It is for these reasons that Indian Muslims’ relationship with so-called liberals has started yielding diminishing returns in politics today. Either liberalism gets a makeover, or the relationship is re-invented, or the Muslim community begins to invest in its own liberals.

But how could the ascendant Hindutva politics blame liberals of political opportunism and cultural deracination? It’s another surprise that these accusations also began to stick. To understand this, let’s trace its trajectory.

A dialectic tussle between the agents of change and the votaries of status quo is the hallmark of a living society. As the colonial impetus stirred India into a new life, the first generation of Hindus in modern education devoted themselves to religious and social reformation. This laid the foundation for a liberal nationalist politics in India.

The Muslim trajectory was different. They were latecomers to modern education which, again, had come at the cost of abandoning religious critique and social reform. A superficial modernity without its moral and intellectual values could be the right instrument for revivalism. The two politics, Hindu and Muslim, because of the different preparatory grounds they stood on, went in different directions. While one aimed at forming India into a nation and winning independence for it, the other wanted to make the Muslim community into a separate nation.

However, the intrinsic sincerity of the liberal political class and the exigency to put up a united front against colonialism made it accommodate the separatist tendencies in order to forge a composite territorial nationalism. This template endured for a century. It had some quaint tropes, which left no urge among Muslims to liberalise. 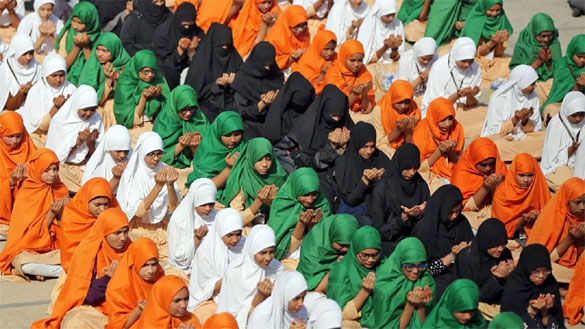 Representational image | Why are they silent?/Quartz India

The first instance of mollycoddling was to sanitise the history of Muslim rule. In the history books, the testimony of contemporary chroniclers such as Ziauddin Barani, Abdul Malik Isami and Ferishta, etc. was ignored in order to paint an idyllic picture of cultural confluence. In a travesty of secularisation, acts of temple destruction, Jizya tax imposition, and forced conversion would be presented as inspired by political exigency, not religious fanaticism. It was as if desecration for political reasons would be less obnoxious. It gave a clean chit to the principle of statecraft that would permit such a sacrilege even if it were actually a pretext.

Although done with the good intention of not letting the bad blood of the past spill onto the present, a total whitewashing didn’t let the people develop the maturity to face up the past and recognise its wrongs. One is not answerable for what their real or adopted ancestors did, but they shape their own attitude towards the past. If one sees glories in the good of it, they would have to partake of its bad too.

The second trope was the romanticisation of Islam as an egalitarian religion and Muslims as a casteless society. Conversion to Islam was credited to the equality in Muslim society. The fact, however, was that people carried their caste into the new religion and remained at the same level as earlier. The Muslim ruling class adopted the caste system and placed itself at the apex. In fact, their emphasis on foreign lineage as a mark of superiority infused a fresh racial element into it.

Besides caste, gender issue was the main area of social reform in Hindu society. True, Muslims didn’t have a Sati system, but they had all other patriarchal discriminations. In fact, purdah among the Hindu upper class was an influence of Muslims.

It became conventional wisdom that Muslims didn’t need to introspect, reform or liberalise. And so, when independent India’s most ambitious social reform programme was undertaken, and Hindu Code Bills were introduced, the Muslim Personal Law was left untouched on the plea that the push for reform had to come from within the community. It never came, and instead became the basis of identitarian politics as was seen during the Shah Bano and triple talaq cases. 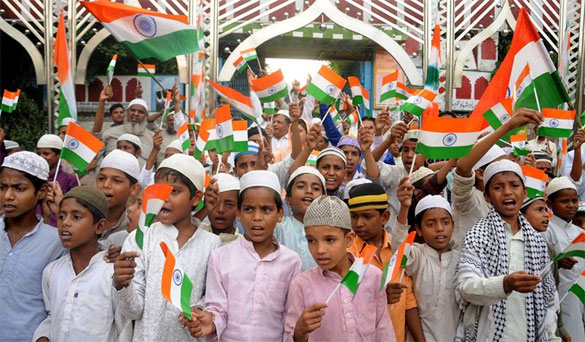 The sanitised history repeated itself first as a tragedy and next as a farce. The tragedy was the liberal argument in the Babri Masjid-Ram Janmabhoomi case that there was no proof that the mosque in Ayodhya was built on a demolished temple. Its implication for such mosques as were clearly built on demolished temples was not weighed in. And, the farce was in the revisionist historiography of Partition, which invisibilised the fact that, in the end, it was the Muslim League that demanded Pakistan, and had it. Such historiography helped in reviving the same old pernicious narrative.

The dictum that minority communalism was a lesser evil was myopic inasmuch as it ignored its ability to inflame majoritarian. The paternalistic minorityism of liberals made them equivocate on burning issues. So, in one kind of bomb blast, terror had no religion; but in another, it did. The discourse of ‘hurt sentiment’ became normalised as demands to ban now a book and now a movie became the norm. The Right-wing learnt fast, and how.

In spite of all this, no organic relationship could develop between liberals and Muslims. Both treated each other as tactical allies rather than ideological kin. In the Muslim repertoire of grievances against the present dispensation, there is hardly one that has not been levelled against liberals since the late 19th century (Sir Sayyid Ahmad Khan’s speech at Meerut, 16 March 1888). The Islam-in-danger rhetoric, paranoia of subjugation by Hindus, neglect of Urdu, under-representation in services, bias in the behaviour of state machinery, particularly that of police during riots, and myriad other complaints of discriminations are century-old tropes.

Muslims love Hindu liberals conditionally, and together they hate the microscopic Muslim liberals unconditionally. Muslims love liberals because the latter don’t question their narratives, and liberals value Muslims because they are their only support left. In an India where two kinds of Hindus are debating how to engage with Muslims, the liberals represent them without questioning why Muslims are unable to represent themselves, and whether the 200-year-long liberal hegemony of public discourse has any responsibility for it.

There is no redemption for Muslims unless they develop their own liberal intelligentsia, and no comeback for liberals unless they become more scrupulous about their avowed principles. True, Muslims are not represented in all sectors of the national life in proportion to their population. It not only reflects their lag in modern education but also the lack of drive and initiative in their corporate life.

At about 20 crore, the Muslim population is so huge that even a minuscule percentage of its educated and affluent would be humongous enough to constitute the critical mass for a big social change. One reason why this has not happened is the community’s utter dependence on the liberal establishment for representing them. Muslims could represent themselves in the idiom of the modern nation state only if they had crafted their own discourse and coined their own vocabulary. It’s very much doable. An Aatmanirbhar Musalman could be the pride of an Aatmanirbhar Bharat.

Original Headline:  Indian Muslims and liberals are trapped in a toxic relationship