The markaz of the Tablighi Jamaat at Nizamuddin is singularly responsible for the death of several persons and for passing on the coronavirus infection. Whoever runs the markaz is culpable and must be punished under the relevant sections of the IPC. It is incomprehensible that when the country is under lockdown and the Union and state governments are fighting a relentless war against a monstrous pandemic, a microscopic section of religious fundamentalists exposes large sections of the population to disease and fatality. However, it was also incumbent on the local administration to have been more aware and enforce an early evacuation. 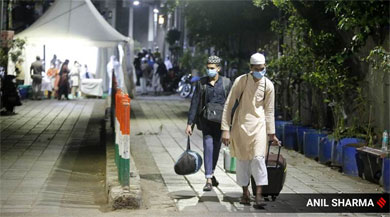 This brings me to the larger malaise facing the Muslim community in India. No one can deny the sad situation they face. Most live on the margins of society: Poor, ill- educated and fast losing faith in a government they believe is not, and indeed, will not be fair to them. Not that their situation has been better under earlier governments but the understanding is that the “hand” of the government was not that heavy. But blaming the governments of the day has become a habit. It is time the Muslim community understood the faultlines that lie within.

It is abundantly clear that the pedagogical system of education in madrasas is outdated. Efforts are being made in some madrasas to teach English, the sciences and mathematics, but there are not many such schools. Students are taught to memorise the Quran, and it’s a matter of immense pride for a family if a child of eight or 10 years of age becomes a “hafiz”. No doubt a large number of Muslim boys and girls are studying under the regular education system of schools and colleges, but a larger number is confined to the madrasa system.

Therefore, the larger problem is that the community is being dominated by maulvis and maulanas, who sit in seminaries and mosques, and make a fashion of issuing fatwas. I have a vast number of non-Muslim friends who have enormous sympathy for the Indian Muslim community. They are extremely concerned about their economic conditions, lack of education, and poor and inadequate political leadership. They talk of India’s inherent secularism; the strength of its Constitution and they challenge the cow urine-drinking parties as a means to fight the virus. However, they are also fighting an increasingly losing battle against the Hindu right, and the fence sitters, when challenged on Muslim conservatism and archaic beliefs.

The fact is, as I have said before, today’s Indian Muslims suffer from an intellectual paralysis. An earlier generation of scholars used to study such thinkers like Ibn Arabi, Fakhruddin Razi, Einstein, Bergson, Russel and Freud. The task, once again, is to rethink Islam without completely breaking from the past. The only course open is, as Allama Iqbal articulated, “to approach modern knowledge with a respectful but independent attitude and to appreciate the teachings of Islam in the light of that knowledge.” It is never possible for any society, more so a religion, to entirely forget or reject its past. And there is no doubt that in the years succeeding the Prophet’s (peace be upon him) death, Islam and Islamic history can indeed boast of a glorious era. What is equally true is that Islam, particularly India’s Muslims, have to free themselves from the medieval fantasies of maulanas, and embrace more contemporary attitudes. The Quran has to be understood for its inductive reasoning and a revolt against traditions and speculative philosophies. The dynamism of debate (ijtihad) must be reignited. 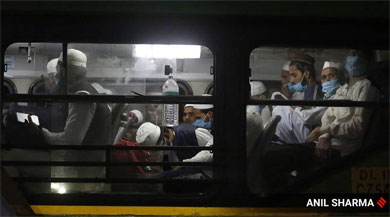 Traditionally, from the days of the Prophet (PBUH), debate and pursuit of scientific knowledge was encouraged. The Prophet (PBUH) exhorted his people to travel as far as China for acquiring knowledge, and in the same vein Iqbal said: “Manzil Se Aage Badhkar Manzil Talaash Kar/ Mil Jaaye Tujh Ko Dariya, Samandar Talaash Kar (search ever onwards for a destination that lies beyond where you reach/ If you discover a river, then search onwards for the sea)”.

Through the anti-CAA, NRC and NPR protests, the Indian Muslim found a new voice. The greatest upside to this movement was the women who, for the first time in India (I do not refer to women in Islamic history who participated in wars along with men), found a voice. The men were left to help with logistics. Hopefully, this new lease of life is a harbinger of better times for the women. But what hopes do we have from the men? Institutions like the Tablighi Jamaat, however well-intentioned they may be, and whatever good religious activities they may perform, are not helping the community move forward. The religion isn’t to blame — it is the closed minds of these self-proclaimed leaders. By one thoughtless action, the markaz in Nizamuddin has harmed the Muslim cause many fold.

On the other hand, the government is not helping. The constant and repeated “othering” of the Muslims is pushing them further into a darker corner. The repeated lynchings and beatings, ministerial gloating over the abolition of Article 370, the challenges posed because of the CAA, the threat of the NRC/NPR, statements by minsters-members of the ruling party to punish “ghaddars”, the scorning of liberals and harassment of NGOs that work among Muslims, and the pogrom in Delhi, have worsened fears among the Muslim community.

And herein lies the challenge. The challenge is not just for the Indian Muslim, it is for the country as a whole. The Muslims have the example of the Sikhs before them. Sikhs, too, follow a strict religious regimen. But they continually set examples of courage, generosity and prosperity. The community has put behind the tragedies of Partition, followed by those of 1984. Now, it’s time for the new Muslim to step forward and engage with contemporary times as well. And, it is for the government to understand that the operative word in the context of the community is “affirmative action”, not “appeasement”.

Original Headline: The markaz in Nizamuddin has thrown light on a malaise — and a challenge