Indian Muslims Belong to The Multiplicity of Identities, Both Exclusively and In Partnership with Others 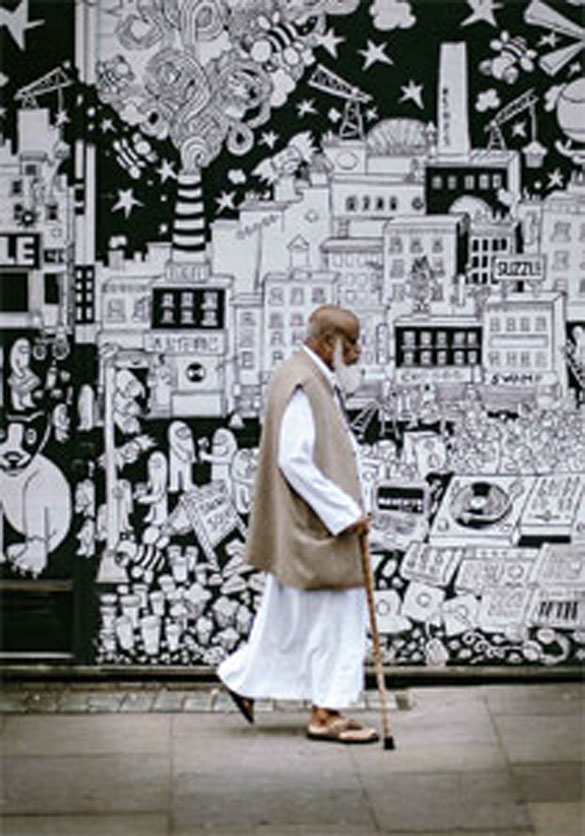 With identity-based politics on surge along with the tinge of Islamophobia, Indian Muslims have lately been under question regarding their identity. Many have been made to believe that there exists a lack of Indianness in their identity. Many Sociologists have described their identity in several different ways. The most accepted definition states that Indian Muslim identity is at the centre of three concentric circles. The first circle is related to India, the second one to Arabia, and the third one to Pan-Islamism. The innermost circle is basic and relates to Indian identity. Their identity is made to appear not aligning with the national aspirations primarily for political reasons. India, fortunately, is the mosaic of many cultures, regions, and classes. These can be intermingled and homogenous at places. The big question bothering most of us is whether the identity of a minority in a heterogenous society can be exclusively religious or can have a non-religious dimension as well. It requires further research.

Pan Islamic aspect of Muslim identity has been reduced to sentimental value ever since Khilafat collapsed. The issue about political aspiration of pan Islamism stands no longer valid. A Muslim in India may feel sympathetic to other Muslims of the world anywhere if they are in any problem. But this is true with other communities as well. Emotional and moral connectivity may exist, but it is devoid of any political aspirations.

Moreover, human values demand that one should be sympathetic to anybody in a problem, not necessarily a co-religionist. Syed Ahmad Khan (1817-1898) one of the great social reformer and founder of Aligarh Muslim University had rejected Pan Islamism of Jamaluddin Afghani (1838-1897). He stated that Indian Muslims are legally bound to follow the writ of the British Indian government (government of that time) and not of an external Muslim Khalifa. It did not go well with Pan Islamist of his time, and they accused him of isolating Indian Muslims from the rest of the Muslim world. Although Maulana Mohammad Ali (1878-1931) thought differently, he stated that Indian Nationalism and Pan Islamism could go together. He noted that protest against the aggression of western powers against Muslim states brought more conviction in Muslims in their national struggle against British rule in India.

Arabian aspect of Muslim identity confines to the reality that Islam is a Semitic religion has its holy places there. This emotional connection is human and is common in all communities. A Hindu living in Fiji will have an emotional attachment towards Hindu religious sites in India. Similarly, Christians residing anywhere in the world will have an emotional connection with the Vatican or Bethlehem. Arab is an ethnolinguistic term, primarily identifying those people who speak the Arabic language as their mother tongue. As for the way of life is considered, the culture of Arabs is vastly different from that of Indian Muslims. Their dressing, eating habits, tribal affiliations are all different. These are never seen in Muslims of India. The structure of the home of an Arab is different from that of an Indian Muslim. Even the food of Indian Muslims is spicier compared to that of an Arab.

Moreover, if religion is taken as an essential element responsible for national aspirations, then it is to be mentioned that more Muslims are non-Arabs than Arabs. The country with the highest Muslim population is Indonesia. The highest concentration of Muslims is in South Asia. Even Persia, which lies adjacent to Arabia, have altogether different cultures and national aspirations compared to Arabs despite having the same religion. Persians always thought their culture superior to that of Arabs. This friction exists to this day, although both have the same faith. As far as Indian Muslims are concerned, even during the Mughal rule, Arabic was never a language of government and administration but confined to Islamic scriptures.

As far as the Indian side of identity is concerned, one has to consider Indian identity is simply a heterogeneous mixture of various regional identities of India. Noted sociologist Prof Imtiaz Ahmad mentions in his research essays that Muslim society in India is more Indian in beliefs and practices. He further states that Indian Muslims acknowledge and follow the five pillars of Islam. Still, Islam, they practice sub-consciously is somewhat under the influence of the local environment. Region inhabited has an important effect on the identity of an individual. It gets naturally imbibed in an individual at a subconscious level. Language, traditions, folk songs, and local heroes help find all resident communities their connect to the soil. Many Hindus rever local saints and Muslim Faqirs. This can be appreciated by the presence of Hindu devotees at the Ajmer shrine. Lord Krishna finds special mention in the poetry of Raskhan. He is also part of folklore among Muslims of Braj. There are many Muslims who don’t rule out the possibility of Hindu Gods as unnamed prophets of the Holy Quran. Even the bravery of Shivaji finds resonance among Muslims of Maharashtra simply because he wanted to protect regional sovereignty against the authoritative centre.

Tagore is highly respected among Muslims of Bengal as he represented Bengali culture. All communities of India like biryani and seekh kabobs, the famous dishes of Muslims of India. Many food outlets have them on their menu for online ordering, with more customers being non-Muslims. Awadhi culinary cuisine of Nawab Wajid Ali Shah is still prevalent across communities of India. Affinity to everything of the region is the single most integrating force between various communities. All over Punjab, there is great respect for Baba Fareed, Bulleh Shah, and Guru Nanak. Regional consciousness is more formidable compared to religious consciousness else Bangladesh would not have been formed. Similarly, one can explain the difference in the position of the government of West Bengal and the Centre on many issues regarding Bangladesh.

Muslims remain dispersed in various regional identities of India, which in turn together form the national identity. Language drives the regional consciousness in the most formidable way. It is because of this reason most states of India were demarcated on linguistic lines. Often to suit politically, religion is used as the basis of national identity. Religion is only a small part of national culture. It cannot hold for India as a variation of religious beliefs exists between different regional and cultural groups. There are differences in practice as far as idol worship is concerned. The best example is the Arya Samaj. Noted research scholar of Ramayan T. Shankar has mentioned about the differences between Valmiki Ramayana, Kamba Ramayana, and Jain Ramayana in an interview. Holi is celebrated differently in Tamil Nadu compared to North India. Even among Muslims, a slight difference in practices is there between people of different ‘Maslaks’ (school of thought). Muslims of given Maslaks are more in certain areas than others. The best example is Kerala and coastal regions of India, where ‘Shafii Maslak’ followers are more.

Nothing can be more wrong more than the notion that Indian Muslims have Pakistani identity. Both the intellectual and cultural assets of Muslims of the subcontinent are in India. Indian Muslims have inherited it naturally. Prestigious institutions with high Muslim presence such as Aligarh and Jamia are in India. Even major prestigious symbols of Muslim contributions like the Taj Mahal, Qutub Minar, Charminar, and Red Fort are all in India. Prominent Islamic seminaries such as of Dar ul Uloom-Deoband, Dar ul UloomManzare Islam -Bareilly, Nadwatul Ulama-Lucknow all are in India. The language associated with Muslims of India, i.e., Urdu originated in India between the 6th and 13th Centuries. The majority of Urdu words have their etymological roots in Sanskrit. Later on, many words were borrowed from Persian and Chagatai (Turkish language from central Asia). A survey conducted in a major Pakistani city found that majority was listening to the Urdu service of All India radio. The reason given was that they wanted their children to learn the correct pronunciation of Urdu.

Questions about Muslim identity and their national aspirations were the direct culmination of efforts made in the last quarter of the 19th century. These efforts were primarily aimed at merging belief in Hinduism with Indian Nationalism. As per Shamsul Islam, it was Bankim Chandra Chatterji who, through his writings, tried to merge Indian Nationalism with the Hindu religion. His contemporary Aurbindo seconded his views. But, Shamsul Islam also states that Veer Savarkar, the noted Hindutva icon, in “The Indian War of Independence” had praised the contribution of Indian Muslims in the 1857 war of Independence. He called it the first war of Independence and had special praise for the war efforts of Maulvi Azimullah. He had also praised the jihadi spirit of Maulvi Ahmad Shah against the British. List of martyrs in that revolt included Bahadur Shah Zafar, Begum Zeenat Mahal, Maulvi Ahmad Shah, besides Tantia Tope, Mangal Pandey, Rani Laxmi Bai and many more.

To conclude, Indian Muslims belong to the multiplicity of identities, both exclusively and in partnership with others. They have their roots deep into Indian society with affinity to region, customs, and traditions, which together accumulate into the identity of the nation. Everyone benefits from collaboration, which ultimately results in civilization. Galaxy of values, ideas, art, and literature have to be nurtured all along. Since the ancient time, the soul of India is in acceptance; hence spirit of India should not be allowed to become hostage to political theatrics.

Nadeem Khan is a writer based in Toronto.