Sharia, also known as Islami Quanoon, is the moral code and religious law of a prophetic religion, and represents Islam's legal system.

Contrary to what many believe, Sharia does not come from the Quran or the Prophet's examples (Hadees), as there are at least 11 sources of the law.

"That the Sharia derives from the Quran is a myth," the general secretary of Muslims Facing Tomorrow, Hasan Mahmud, told IB Times UK. 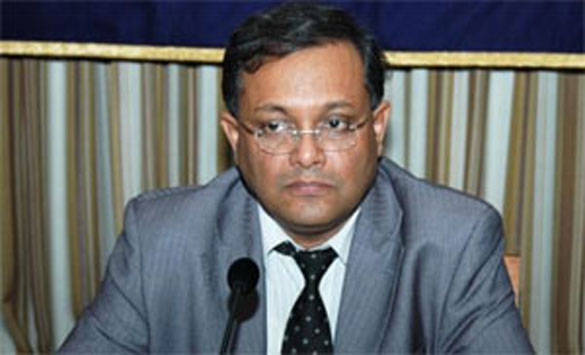 Hasan Mahmud was born in Bangladesh in 1949, lived in the Middle East for several years, and in 1990 moved to Canada, where he became the director of Sharia Law for the Muslim Canadian Congress. He has fought against allowing Sharia courts in the country.

"There are about 13 laws in the Quran and few dozen which come directly from the Prophet; there are more than 6,000 laws in each of Hanafi and Shafi'i books of Sharia, most of which are man-made," he explained.

"Many Sharia laws violate the Quran, especially when it comes to women's rights. In court the judges do not open the Quran, they open the Sharia law book and they apply it," Mahmud said.

In Sharia - Undoing the Wrongdoing, Mahmud wrote: "It would stun to know that the Quran mentions the word "Sharia" only once as noun and only twice as verb.

"Sharia literarily means the path made by animals going to the spot of flowing water or flowing water itself," he continued. "Symbolically, it means path to salvation or Nirvana. This is exactly what the Quran used the word for: ethical guidance or a moral code that leads to peace and paradise. Transforming 'moral guidance' to 'state law' was the very first betrayal the Quran suffered."

According to Mahmud, who wants to warn Muslims worldwide against the dangers of Sharia and its inapplicability in modern states, Sharia law will eventually fail as it does not have the capacity to run in modern states.

"Sharia law is not only about laws and contents, it is about the spirit of it, which is to dominate the whole world," explained Mahmud, who is also a producer of three films on the subject. One, The Divine Stone, is a short drama on Sharia dedicated to Aisha Ibrahim Duhulow, a 13-year-old Somali girl stoned to death by al-Shabab militants after she was raped by three armed men.

"Many Muslims believe that Sharia is God's law and should be applied to correct the decay of moral values," said Mahmud.

"It is true that since WW2 the world has been witnessing a decay in moral values, but what Sharia does is more devastating - by applying Sharia, Muslims are helping a devil in disguise."

"God's law has been established in Islam, but there is a very small peaceful group who interprets Islam in a peaceful way. But we have started only lately," Mahmud explained.

"Radical Islamists have been trying to establish Sharia in the West, the very first Sharia law court supported by local law was established in Toronto in 1991; we came to know about in 2003, then we secular Muslims, started a huge movement against it and ultimately we succeeded in 2005 September: that court was abolished by the government," he continued.

“God's law has been established in Islam, but there is a very small peaceful group who interprets Islam in a peaceful way”

Mahmud, who is also on the advisory board of the World and a research associate at Deen Research Centre in the Netherlands, has received a death threat for his stances.

"I have not been able to go home for 15 years. [Radical Islamists] declared that I am an atheist and I am part of anti-Islamic conspiracy. They are looking for my blood," he said.