God Wanted Islam To Be A Religion, But People Wanted It to Be Politics

Very few books have tackled the exploitation of Islam by political organizations to achieve wealth and power. As a result, those who ascribe to these ideologies and ways of life are rarely held accountable. However, Mohamed Said Al-Ashmawi’s book Political Islam scrutinizes the phenomenon of Political Islam and exposes the true motives of such organizations. It distinguishes between these groups and the true essence of Islam based on tawhid and its central value of mercy.

Al-Ashmawi, a senior Egyptian judge who died in the year 2013, closely examines the ideology and actions of extremist groups. He authored 23 books on various subjects, however Political Islam is considered to be his most important work. While he tackles the subject of Islamist extremism in other works, this book encapsulates his reflections all into one summary. 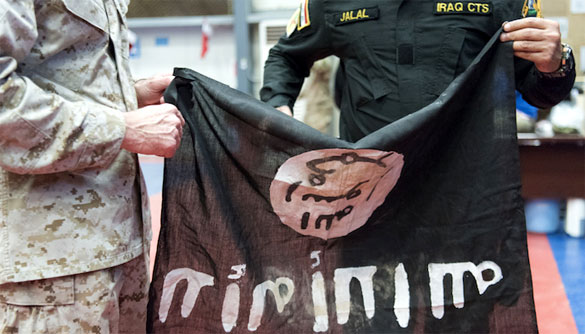 The introductory paragraph of the book is powerful. It reads:

“God wanted Islam to be a religion, but people wanted it to be politics. Religion is universal, human and comprehensive. Politics is limited, tribal, local and temporary. To confine religion to politics is to limit it to a narrow scope, a specific territory, specific community and a specific time.”

This paragraph capsulizes the agenda of such groups who aim to transform Islam from a religious doctrine into a political or ideological one. They want to transform the Quran’s revelation to the world, to a narrow project such as a state or an empire which Political Islam terms a caliphate. As a result, religion is exposed to political terms and rules, which are often manipulative and deceitful, not to mention relative, variable, volatile and transitory.

According to Al-Ashmawi, the reduction of Islam to politics and sharia to partisanship has produced serious consequences:

Islamic history became plagued by tribal and sectarian conflict between religious groups and different races. This conflict took on a religious character revolving around sharia — disrupting both religious understanding and political action.

The linking of political power to heaven has given Muslim caliphs the image of being infallible agents of God, which has led to tyranny and corruption in government.

When religion is linked to political power, it has a negative impact on Islamic jurisprudence. Seeking self-benefits, some jurists are happy to implement rulings according to the whims of the leaders who wish to see the protection and expansion of their rule. These flawed rulings are later passed down to later generations. Extremists then issue counter jurisprudence, on the pretext that previous rulings were passed by corrupt leaders.

Some disillusioned jurists have turned completely away from authority, focusing on trivial and petty topics such as menstruation, postpartum, invalidators of ablution, the stoning of the devil, etc. As a result, Islamic jurisprudence has never developed a “political Islamic theory” which sets parameters for Da’awa state affairs and sets out a general framework to govern the relationship between the power and people.

Injustice in politics — justified by religion and sharia and buttressed by fatwas — have dissuaded Muslims from political participation and weakened their solidarity with others.

The existence of political groups that use Islam as an ideology has weakened the spiritual and moral components of Islam even though the Holy Quran — the founding book of Islam — gave such matters far more importance than it did for matters of governance and administration. In fact, the Quran has never laid out specific rules for governance and administration. Instead, it has left such issues up to individual reason. The time has come to differentiate between radical political fundamentalism and spiritual intellectual fundamentalism in Islam. Extremist groups exploit these two issues through which they need to promote their project. The first is the need of any society for a government or administration. In this capacity, they give their followers the chance to debate and define what “Islamic government” should look like. Then, they narrow its definition and set their own conditions and present them to the public as if this is the government approved by Islam which has been blessed by God. The second is the Muslim quest for renaissance or the restoration of the power they had enjoyed in the past, which is understandable, required and even right. Extremist political groups play on this psychological tendency of Muslims, claiming that this desired renaissance can only be restored and maintained by ascribing to the Political Islam Movement and following their lead.

Some factions of the Political Islam Movement call on people to abandon their loyalty to their countries, claiming that loyalty is a kind of ignorance and that proper loyalty should be to the broader Muslim community. This amounts to an anarchist call of nihilism because it destroys the loyalty of the people to their country. Furthermore, it sows division among people and encourages them to disobey the government, ignore the law, not pay taxes, not serve in the military and not participate in political life.

The problem with the idea of the “Muslim community” is that it is an abstract concept that cannot be concretely defined the way nationalism can. Therefore, advocating for loyalty to such an abstract entity is reckless and creates political and social unrest.

A Distorted View on Governance

The author continues to discredit the Political Islam Movement by criticizing its main tenants such as al-Hakimiyyah to Allah (i.e. the highest political and legal authority belongs to no one but God), the application of sharia, the establishment of an Islamic government, the practice of jihad and dividing the world into two camps: Dar al-Islam and Dar al-Harb.

The author views al-Hakimiyyah as a historical term, even if it is expressed in other words, since the world — in its ancient and intermediate history — is full of rulers who claimed to rule in the name of heaven or the so-called “divine right of kings”. These temporal and spiritual powers exchanged benefits and cooperated to keep people in the grip of this tyrannical alliance. After the rule of the four caliphs which succeeded Prophet Mohammed, the concept of al-Hakimiyyah was implemented by the Umayyad, Abbasid and Ottoman empires.

This concept first gained traction when the Kharijites advocated corrupt interpretations of Quranic verses and hadiths and also concocted historical accounts and events to promote their agenda. The word Hukm (governance) in the Quran does not actually mean government or political power, but rather the idea of people passing judgments, resolving disputes or simply being wise. When the Quran addressed political power or government, as we view it in today’s present-day era, it used the phrase “those in authority”. This is what the first generation of Muslims understood.

Al-Hakimiyyah has also been associated with what extremist groups have called “Islamic government” — a term they use without explanation or definition. It is used in accordance with one’s own interpretation and understanding of the term. Everyone agrees, however, that the government is the only entity that should apply sharia law. Many Arab and Islamic countries derive their laws from sharia or its guiding principles. However, in the eyes of extremists, such governments are not Islamic and are treated as anti-Islamic.

This type of literal interpretation of the Quran extends beyond the concept of al-Hakimiyyah to other practices such as takfir (excommunication). Al-Ashmawi believes that the word kufr in the Quran does not always mean disbelief in God, but could also mean “denial”. However, extremist groups have abused the term to label anyone who disagrees with them or challenges their ideas as a takfiri. These people are labelled as enemies and accused of blasphemy in order to discredit their image with the general public and build a wall between them.

The Corruption of Jihad

On the subject of jihad, he clarifies that it does not mean expansion, raiding and attacking others to annex their land and subjugate them to Muslim rule. He points out that the Quran speaks of defensive jihad (Jihad Al-Dafa’a), where war should be defensive and just. Otherwise, it does not represent the message of Islam, but the ambitions of human beings and their exploitation of religion in its service. Al-Ashmawi points out that the greatest jihad outlined in Islam is jihad of the soul (Jihad Al-Nafsi) that helps it overcome obstacles and fills it with goodness.

The author then poses a question to the readers: If an Islamic government is founded on justice and morality and aims to spread Islam — as followers of political Islam strive for — then what can be said about a government based on these foundations, but does not ascribe to Political Islam’s motto “Islam is the solution”? Conversely, what about governments who ascribe to this motto, but have become corrupt and oppress their people?

When he asked these questions, Al-Ashmawi came to a logical conclusion that what these hardliners desire are religious governments similar to those found in the Middle Ages. He also refutes the idea that Islam should be both a religion and state. He believes that it should only be a religion and points to the many reference in Quran where it recognizes civil rule, derived from the will of the people and not by divine mandate, as extremists advocate.

Al-Ashmawi believes that Islam possesses values that can be applied in modern day society, and these values do not necessarily clash with modern legal and constitutional authority. In that regard, he says: “The true Islamic government, after the rule of the Prophet, is a government chosen by the people with complete freedom, in which they can participate in it in accordance to their competences and abilities, monitor their actions effectively and even change it, if they want, without spilling blood or being accused of blasphemy and atheism.”

The author disagrees with how hardliners conflate Islam with nationalism. In his view, Islam is a message to all of humanity and not meant to fuel political and sectarian conflict, which is exactly what Sunni and Shiite extremist groups have done.

The author concludes that Political Islam is an extension of Kharijite ideology which advocates that politics is a part of Islam and that only certain groups represent the true Islam. As a result, these groups have a lot power, imposing their opinions, decisions and attitudes by force, violence, assassination or war. This way of thinking has marred the reputation of Islamic civilization, which cannot and should not exist in isolation. For such a civilization to progress, it must be able to freely interact with the rest of the world.