Muslims In America Must Confront The ‘Large, Large Amount Of Anti-Blackness In Their Communities

If you aren’t writing your story, others will write it for you. That’s what’s happened to Muslims in America for too long. 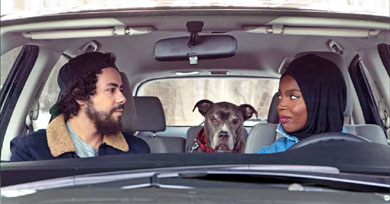 We’ve been in this country since the 16th century, but we’ve rarely had the opportunity to tell our own stories in history books, movies and television shows. Instead we have been cast as America’s villains, foreigners and invaders.

When I was growing up, my daily diet consisted of halal meat and Hollywood pop culture. In the latter category, we were so starved for Muslim representation that my family applauded when the characters in the comedy “Spies Like Us” accidentally ended up in a highly inaccurate depiction of Pakistan. The bar was so low that I just desired the terrorist villains in ’80s action movies to at least stop shooting bullets in the air. I’m not alone. Muslims who work in film and television often tell me they simply want stories to show Muslims as “human beings.”

Last time I checked; I was a human: Maybe there’s a place for media that convinces the general public of that. But when it comes to what I watch, I want much more.

That’s why I wish that teenage Wajahat — who fasted during Ramadan, but also pined for Jennifer Lopez and Winona Ryder — had been able to watch Hulu’s “Ramy.”

Starring the comedian Ramy Youssef, it’s about a confused Muslim millennial trying to reconcile his Islamic faith and Egyptian traditions with his sexual frustrations and self-destructive habits. In the second season, which premiered May 29, Mr. Youssef’s character, Ramy, has a religious awakening, but he uses religion as a cover for his continued moral failings, taking “Bay’ah” (a pledge) with a pious sheikh played with graceful dignity by Mahershala Ali.

Appreciating his own privilege as an Arab Muslim, Mr. Youssef told me it was also necessary to have his sheikh this season played by the Oscar-winning Mr. Ali. He said Muslims must confront the “large, large amount of anti-blackness in our communities” and it was “the most American choice to have a black sheikh,” whose piety stands in stark contrast to his character’s immense flaws.

I was a 20-year-old college student during that crisis and the message I got from society was clear: Overnight my worth, along with the worth of America’s millions of other Muslims, became linked to security. The good Muslims were uncritical patriots who helped fight terrorism, the bad Muslims were terrorists. And the rest of us were to remain perpetual suspects.

It was around that time that I became a playwright. At the University of California, Berkeley, my short-story professor, Ishmael Reed, encouraged me to write “The Domestic Crusaders,” a traditional American family drama told through the lens of a Muslim family. He told me as a black man he learned early that arts and culture are a means for the rest of us to fight back and set the record straight.

But for my generation of Muslim writers at that time, that battle was often an exhausting, creatively bankrupt endeavour. It felt as if our fictional stories had to be potent talismans. They couldn’t afford to simply exist and breathe like our white colleagues’ narratives. They had to entertain, correct stereotypes, represent the community, educate Americans and fight Islamophobia.

Mr. Youssef’s generation still suffers from the consequences of the Sept. 11 attacks, but he plays by new rules and refuses to be the perfect ambassador of Islam. “I don’t want to explain Islam to people on a show, because it’s a comedy and I wouldn’t be good at doing that,” he told me. “But I can show how people are living it.”

In “Ramy,” the “people living it” are messy, sinful, complicated, hypocritical — and hilarious. They are both good and bad. Mr. Youssef also wants audiences to do their own homework. When it comes to the show’s liberal use of Islamic practices and Arabic, “If you get it, you get it,” he said. “If you don’t, Google it.”

The comedian Hasan Minhaj told me, “Ramy brought the WhatsApp thread to the screen, and I think that’s so amazing,” a reference to the raw, honest conversations Muslims have privately with their friends on social media apps but rarely in public or in the mosque. Mr. Minhaj believes Mr. Youssef’s show ushers in a “seminal moment” in which new, odd and wild perspectives and stories from Muslim Americans will finally emerge into the mainstream.

For example, in one episode this season, Ramy meets the former adult film star Mia Khalifa while waiting for an audience with a wealthy Gulf patron, who later challenges Ramy to an archery competition to decide whether to donate to his sheikh’s mosque.

We’ve come a long way from endless images of terrorists. Throughout the show, Ramy inflicts only emotional pain upon himself and his loved ones, as he mumbles and meanders his way through one humiliating sexual episode after another without committing physical violence. He’s not an icon like Muhammad Ali or a villain like Osama bin Laden. He’s like a Muslim Portnoy — but with a deep love of faith, which only compounds his guilt and endless masochism.

It’s ridiculous to assume a TV show or a Muslim version of “Crazy Rich Asians” will single-handedly stop the bigotry that intensified after Sept. 11 and exploded in the Trump era. Mr. Youssef agrees and says he struggles “with the idea of how much TV in this age affects the real world,” given that we all now curate our own content and live in information bubbles.

Still, I agree with Mr. Youssef when he says very specific shows like his with interesting Muslim characters can nonetheless reveal our shared humanity and give audiences a “heart behind a statistic” and a “heart behind news headlines.”

The show has given me so much of what I missed when I was growing up. I hope its success paves the way for new Muslim narratives, especially those centred on Muslim women of colour. Maybe my daughters will see what’s missing, like I did, and be the ones to write that story.

The struggle continues. But with “Ramy,” at least the low bar has been raised.

Wajahat Ali is a playwright, lawyer and contributing opinion writer.

Original Headline: I Wish I’d Had ‘Ramy’ When I Was a Kid