From ‘Pappu’ Pakistani to US terrorist

After a gunfight on Sunday between police and two attackers in Texas ended with the deaths of both gunmen and injuries to a security guard at the building, it has emerged that one of the attackers was of Pakistani-origin. 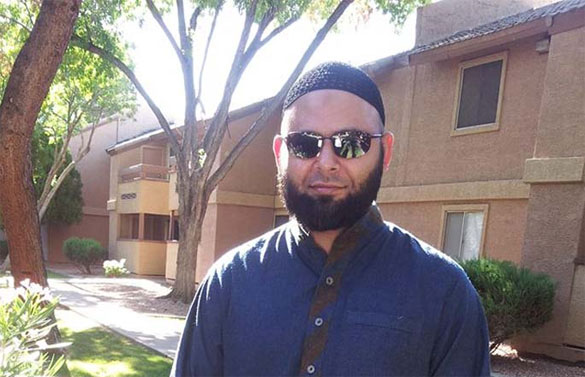 The shooting took place outside Curtis Culwell Centre, Texas, the venue of an event organised by American Freedom Defence Initiative (AFDI) at which anti-Islam Dutch politician Geert Wilders was the keynote speaker. Sacrilegious cartoons were on display, and a caricature competition was scheduled. AFDI has been listed as a hate group by the civil rights group Southern Poverty Law Center and its heads Pamela Geller and Robert Spencer were barred from entering the UK in 2013 due to their affiliation with hate groups.

The Islamic State has claimed responsibility for the attack, though Federal Bureau of Investigation (FBI) officials told the media that the attack may have been plotted without directions from the Middle-East-based militant group.

While debate carries on over the role of AFDI’s incendiary event in the shootout, there is no question that without the two gunmen, there would be no fire.

Nadir Hamid Soofi, 34, and Elton Simpson, 30, were identified as the two attackers. Soofi was born to a Pakistani father and an American mother.

Soofi was not a typical Pakistani terrorist. He was not poor. He was not Madrasa-educated. And he was not virulently anti-West. A friend from school recalls how Soofi would host video game parties and girls would come over. “His parents were strict, but open minded.”

According to reports in the US media, Soofi was born at Presbyterian Hospital in Dallas and moved to Pakistan with his father after his parents divorced. In Pakistan, he was educated at the International School of Islamabad (ISOI), one of the most expensive schools in the country.

According to his Facebook page, which has since been taken down, he graduated from the school in 1998 before going to the University of Utah. Media reports suggest he did not graduate from there either.

The ISOI administration would not divulge any information about Soofi, but former students claimed that he did not actually graduate from the school. Before his Facebook page was taken down, The Express Tribunecame across a number of pro-Palestine posts and at least one against dogs, interaction with which is frowned upon by conservative Muslims, but no outright calls to violence.

Incidentally, soon after Soofi’s role in the attack became public, some social media contacts started ‘unfriending’ him. Some of the contacts, which included foreign nationals, frequent travelers and people based abroad,  told The Express Tribune that they feared problems if the existence of a relationship, however casual, were noticed by immigration or intelligence officials in various countries.

Meanwhile, American media reports suggest that both gunmen, who were also roommates, were irregular members of the congregation at Islamic Community Center of Phoenix, and neither of them appeared to be radicals, according to the head of the centre.

Soofi was reportedly divorced and had an eight-year-old son.

Former ISOI students who knew Soofi said he joined the school in first grade and was with them “till grade seven or eight”, before abruptly heading back to the US to live with his mother. They added that he lived with his father, his American stepmother and a younger brother.

They described Soofi as “a good looking guy who all the girls had a crush on”. He was also active in track and field sports at the school.

One classmate described him as ‘pappu’ – quiet and docile, while another said he was probably radicalised in the US as he was “normal” while in Pakistan.