I’d never really thought about my family being Muslim until I went to high school. I was of course aware as a kid that my family and I were Muslim. I went to the local mosque at the weekend whereas my friends didn’t. My mum wore a hijab, my friends’ mums didn’t. But I never felt different from other kids. Not until high school. That’s when it all changed. 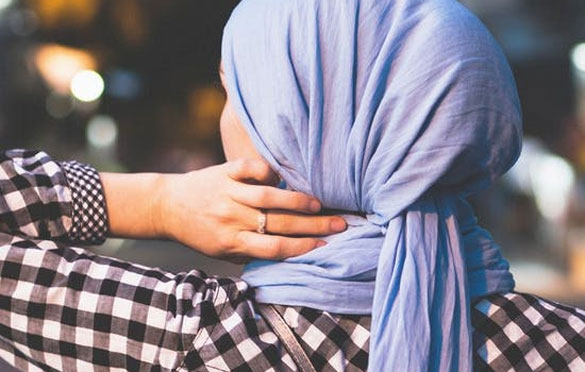 My parents raised me and my siblings to live by certain rules, some based in Islam. We had curfews, we weren’t to drink alcohol or go to parties, and we weren’t allowed to have boyfriends or girlfriends. To my school friends – who were mostly all white – these seemed to be strict rules, and they always let me know it. Over time, I began to view my family and religion how they viewed it, and I started to disassociate from Islam. I felt so different and alienated, and like most teenagers, I just wanted to be the same as everyone else.

And friends didn’t just stop with my parents’ rules; they’d also ask questions about whether my parents had a forced marriage, if my mum did everything my dad asked, or why Islam treated women so badly. Or they’d make comments such as “I’m not sure if I’d be friends with you if you started wearing a hijab”.

These regular questions and comments, usually laughed off as a joke, tended to be accompanied with looks of pity. These friends held a common view of Islam – that it was backwards and misogynistic. And they felt sorry for me. The worst thing about all of this is that I too believed this about my own religion.

Flash forward many years, and I now know that Islam is nothing like how my school friends viewed it. One of the main misconceptions about Islam is that it’s inherently misogynistic and “anti-feminist”. I thought this too while reading all my assigned books on (white) feminism when I studied sociology at school.

White feminism refers to a particular section of feminist thinking that centres the experiences of white women, while effectively excluding all other women. It’s an extremely harmful and exclusionary brand of feminism. These books were my gateway into feminism and they did teach me a lot. But they did leave me thinking: where do I as a brown Muslim girl fit into this?

And when white feminism does take notice of Muslim women, it seems to be with an obsessive focus on religion being the single issue that oppresses us. It’s as if Islam is the driving force for any individual or structural factors that impact Muslim women. 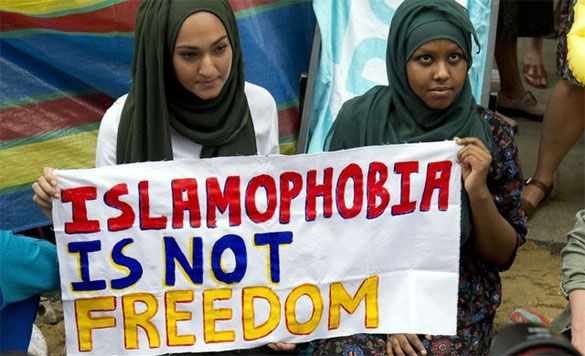 White feminism is also of the belief that Muslim women need to be “liberated” and “freed” from the shackles of Islam. They believe the fact that Muslim women cover up, whether that’s wearing a hijab or a full niqab that covers the face, is evidence of their oppression. This kind of thinking ties being a feminist to wearing as little as possible, rather than being based on choosing how you dress.

"To break the relationship between feminism and Islamophobia, women need to actually listen to how Muslim women feel and what it is they want." Image: Shahed Ezaydi

It also completely takes away the autonomy of Muslim women and effectively silences us, by telling us we’re all oppressed for dressing the way we do. Isn’t the point of feminism to amplify the voices of women and give them a choice? It’s my personal choice not to wear a hijab, for a number of reasons, and that’s a choice that I should be allowed to make without judgement or criticism.

Liberation politics also comes with the view that Muslim men, and Islam in general, are the height of patriarchy and misogyny. It’s as if to say that misogyny is somehow unique to Muslim men. When my school friends made those comments about my parents, this is just the kind of thinking they’d internalised.

And because of this thinking, Islamophobia is seen to be justified because if Islam attacks the rights of women, then we can attack them. But attacking Muslim men is not going to “save” Muslim women. We also have to remember that misogyny is absolutely not unique to Islam.

“White feminism refers to a particular section of feminist thinking that centres the experiences of white women, while effectively excluding all other women”

Women in the UK and other western societies face patriarchal and misogynistic forces too. This focus on it coming just from Muslim men allows feminism to deflect away from the problems in their own communities. It’s offensive and misguided to link misogyny to one religion, painting Muslim men as one homogenous sexist group, when that’s absolutely not the case.

No one religion is perfect, and Muslims do have real issues in our communities. But we’re also not “backwards” as people tend to think. For example, there’s the assumption that Muslim women aren’t allowed to go to university or live away from the family home – but I’ve done both of those things. I went off to university in a different city and lived away from home, and it’s something my dad actually encouraged me to do.

My problem with white feminism is how it normalises and justifies Islamophobia, and has its basis in a white saviour complex. This is where white people attempt to help or “save” people of colour in a self-serving manner. How white feminism views Muslim women is a prime example of white saviour thinking.

They think they know what’s right and best for Muslim women, and that they must be saved from their own religion. But again, this is a misguided and harmful way of viewing Muslim women. It ignores the thoughts and feelings of Muslim women, and reinforces offensive stereotypes, while assuming that we all need to be “saved”.

“No religion is perfect, and Muslims do have real issues in our communities. But we’re also not ‘backwards’ as people tend to think”

This kind of thinking has contributed to countries like France and Belgium bringing in violent laws that prevent Muslim women from wearing a hijab or niqab in certain spaces. Policing and criminalising the behaviours of Muslim women in the name of liberation.

To break the relationship between feminism and Islamophobia, women need to actually listen to how Muslim women feel and what it is they want. We don’t need white feminism talking for us and telling us what it is we need. This assumption that we all need to be “saved” needs to stop.

For feminism to be more inclusive, the focus on religion being the sole determining factor for the plight of Muslim women – and targeting Muslim men as misogynistic – also needs to stop. Feminism cannot be inclusive of Muslim women if it disregards the intersectionality of the issues we face, and the diversity of Muslim women. We are not all one and the same.

Original Headline: “It’s offensive to link misogyny to one religion”: what a Muslim feminist wants you to know about Islamophobia in the UK