Clash Of Civilisations With Islam: Old French System Is Unsuited To Multi-Ethnic And Multi-Racial Society, Emmanuel Macron Should Realise

The last thing the world needs amid a resurgent pandemic is a clash of civilizations. Yet this is what French President Emmanuel Macron seems intent on fomenting. And, in many Muslim leaders, he has found willing and eager partners for his venture. 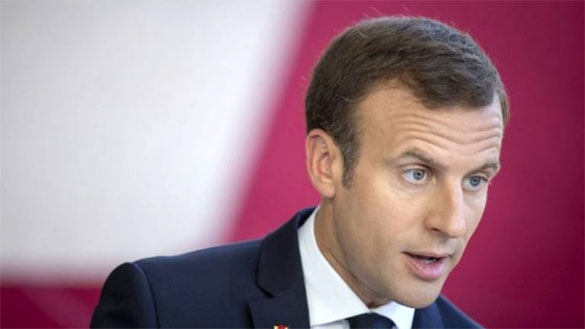 From all accounts, the Chechnya-born teenager who gruesomely murdered a schoolteacher in France this month represents yet another case of online radicalization — the same force that has fueled flash lynch mobs in India and right-wing militias in the United States.

But Macron chose to respond to the atrocity with an unprecedented crackdown on France’s Muslim community, accompanied by a vociferous critique of its religion — thereby “communalizing,” to use an Indian phrase, what is a widespread social pathology.

Having asserted that Islam is “in crisis all over the world today,” Macron has now gone further by proclaiming France’s staunch support for the caricatures of the Prophet Mohammed that originally enraged the young murderer.

To put it soberingly: Macron has staked France’s global reputation on crude mockery of a figure revered by more than a billion Muslims.

Self-appointed paladins of Islam, who have lately been floundering, eagerly accepted the lifeline thrown to them by Macron. Pakistani Prime Minister Imran Khan and Turkish President Recep Tayyip Erdogan, both beset by multiple crises, have ostentatiously attacked the French president.

Erdogan even questioned Macron’s mental health, provoking France to recall its ambassador to Turkey. The boycott of French goods demanded by Erdogan is already being administered in Kuwait and Qatar. Mass protests against Macron are emerging in a broad swathe of Muslim countries from Libya to Bangladesh.

In recent days, Islamophobia has surged at all levels of French society, from the interior minister, who accused halal food in supermarkets of fostering separatism, to the assailants who stabbed two Muslim women in headscarves near the Eiffel Tower.

Macron’s own strategy seems clear: to out-manoeuvre his far-right rival Marine Le Pen. His poor handling of the pandemic had already diminished his chances in the 2022 presidential election. Macron now hopes to bluster his way out of an existential crisis with appeals to France’s matchless grandeur.

He has a tradition of rousing rhetoric in this regard. Take, for instance, this declaration from Macron’s book “Révolution” in 2016: “In the spirit of France there is an aspiration to the universal that is at once an unceasing indignation at injustice and oppression, and a determination to tell others what we think of the world, here, now and on behalf of everyone.”

Macron doesn’t seem to have considered a basic problem: Most people in the world today do not much care what the French think of them. Assertions such as the 2007 claim by his predecessor Nicolas Sarkozy that “the African has not fully entered history,” or Macron’s own remarks in 2017 that Africa had an intransigent “civilizational” problem, stemming from African women who breed “7 to 8 children,” have not given those people much reason to reconsider their disdain.

Taking up the white man’s burden abroad, Macron seems oblivious to a deepening problem at home: The old French model, which claimed to be universal and superior to all social systems, is disastrously unsuited to an increasingly multi-ethnic and multi-racial society.

Nor is the spirit of France immune to certain global trends. Social cohesion has been endangered across the world by uneven growth and extreme inequality, and the dwindling of trade unions, churches, local newspapers and other institutions that once helped foster civic participation and the responsibilities of citizenship. In almost every major country, members of a minority radicalized on the internet periodically disrupt public life with vicious acts of violence.

France seems particularly unprepared for these volatile realities because French leaders can still rally broad support for an outmoded national ideology of secularism. Such circling of wagons, however, can only further alienate disaffected minorities and delay necessary modifications to the country’s self-image and political, legal and educational systems.

Indeed, by endlessly eulogizing their country’s political and intellectual traditions, French leaders have made them as hidebound and resistant to the 21st century as the “originalist” interpretations of the U.S. constitution fetishized by right-wing Republicans.

Invoking Voltaire’s maxims, and other greatest hits of the French Enlightenment, may gratify diehard secularists. But many more people around the world are now grappling with the long-term consequences of what Voltaire, among many other past luminaries, said about black people (evidently, animal-like in their stupidity) and Jews (all born fanatics).

Ignoring France’s irrevocably diverse population and fragile security situation, as well as a highly unstable international climate, Macron has taken to peddling an unsustainable idea of French glory in his bid for re-election. The dangers of his opportunism include greater polarization at home and broader, more intense conflicts abroad. They should not be underestimated. –Bloomberg

Original Headline: Why French President Macron’s clash of civilisations with Islam is misguided