One of President Biden’s first acts, the repeal of the Trump administration’s ban on entry into the United States by citizens of five predominantly Muslim countries, was a cause for relief, even celebration. But no one who cheers the end of the ban should forget the Supreme Court’s role in keeping it alive for so long. 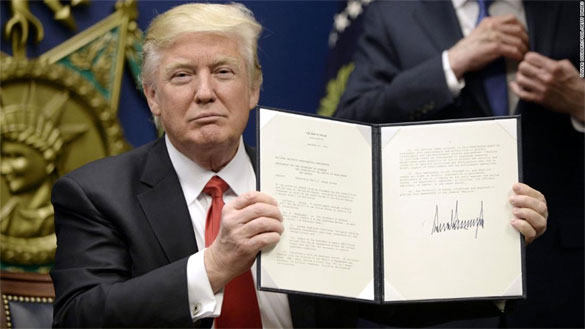 With the stroke of a pen, Mr. Biden ended his predecessor’s Proclamation No. 9645, titled “Enhancing Vetting Capabilities and Processes for Detecting Attempted Entry Into the United States by Terrorists or Other Public-Safety Threats.” For its part, the Supreme Court acted by means of a decision, in Trump v. Hawaii, issued on June 26, 2018, to uphold it. By a vote of 5 to 4, the court ruled that the president was within his lawful authority in issuing what the justices in the majority euphemistically termed “entry restrictions,” discarding as irrelevant the abundant evidence that he was driven by religious prejudice.

Why revisit that Supreme Court decision now, when the sorry episode that prompted it is over? The reason is that while the Muslim ban is gone, Trump v. Hawaii isn’t.

The decision resides permanently in United States Reports, the official compilation of Supreme Court rulings. It is available to be dredged up by some future court and cited as precedent to shield from searching scrutiny some future president who invokes national security as a pretext for a policy that stereotypes entire categories of people and shames the country.

It is worth revisiting, in other words, not as a window on the past, but as a warning about the future.

Trump v. Hawaii’s lengthy 87 pages include a majority opinion by Chief Justice John Roberts, concurring opinions by Justices Anthony Kennedy and Clarence Thomas, and dissenting opinions by Justices Stephen Breyer and Sonia Sotomayor. I hadn’t picked it up since first reading it on that frantic June day when the 2017-18 term ended and Justice Kennedy announced his retirement. I went back to it the other day, curious to see how reading it would feel in light of all the additional data points we have accumulated about the Trump presidency. 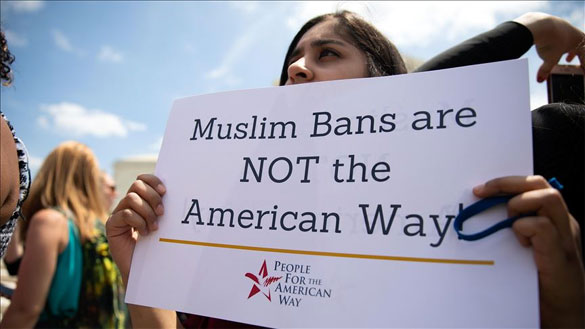 I knew I was in for a disheartening experience. It was worse than I feared.

What I hadn’t factored in was that not only do we know more about the Trump administration; we know more about the Roberts court. Two full terms and four months of another have gone by since then. We know, for example, that the court is exquisitely attentive to the slightest hint of discrimination against religion, religious people and religious institutions.

Last summer, for example, in the Espinoza case, the court ruled that the state of Montana violated the First Amendment’s Free Exercise Clause by failing to provide a tax break for religious-school tuition. Writing for a 5-to-4 majority, Chief Justice Roberts said this failure amounted to discrimination against religion, even though the state was no longer providing a tax break for secular private-school tuition. In other words, parents of religious-school students ended up with a privilege that no other parents in the state enjoyed, all in the name of preventing discrimination against religion.

In another decision last summer, the court ruled that two teachers at Catholic elementary schools, women who had no special religious training and who taught an ordinary elementary school curriculum, could not take their claims of age discrimination and disability discrimination to court. The teachers’ role in fostering the schools’ religious mission, the court held, entitled the schools to the benefit of a “ministerial exception” from the arsenal of federal statutes that protect employees from discrimination. The case is likely to apply to thousands of other teachers in similar positions.

In contrast to these recent decisions, it was startling to see how completely dismissive the Trump v. Hawaii majority opinion was of the argument that the Muslim ban amounted to unconstitutional discrimination on the basis of religion. “The text says nothing about religion,” Chief Justice Roberts observed. “The proclamation is expressly premised on legitimate purposes: preventing entry of nationals who cannot be adequately vetted and inducing other nations to improve their practices.” 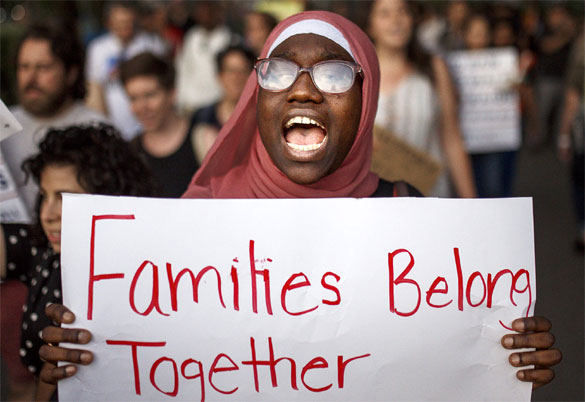 When I pick up a Supreme Court decision for the first time, I usually start by reading the dissenting opinions, often a reliable guide to the paths not taken by the majority and the arguments that the majority discarded along the way. In Trump v. Hawaii, Justice Sotomayor’s dissent, which Justice Ruth Bader Ginsburg joined, is a Times Square-size billboard of what was missing in the majority opinion.

The majority’s “highly abridged account does not tell even half of the story,” Justice Sotomayor began. What was left out was an inventory, which she provided, of oral and written statements by Donald Trump, as both candidate and president, attesting to his desire to keep Muslims out of the country — directly if possible, or by “politically correct” means if required by the courts.

“The full record paints a far more harrowing picture,” Justice Sotomayor went on, “from which a reasonable observer would readily conclude that the proclamation was motivated by hostility and animus toward the Muslim faith.” She added, “Given the overwhelming record evidence of anti-Muslim animus, it simply cannot be said that the proclamation has a legitimate basis.” To the contrary, she concluded, “It runs afoul of the Establishment Clause’s guarantee of religious neutrality.”

I wonder what the justices who joined the majority in Trump v. Hawaii would think of it if they reread the opinion today. I also wonder what Brett Kavanaugh and Amy Coney Barrett, not yet on the court when the case was decided, think of it, if they have had occasion to read it.

Justice Kennedy’s very short concurring opinion is one of the saddest judicial opinions I have ever read. It was his final published opinion as a member of the Supreme Court. On initial reading, I wasn’t sure what he was saying. I dismissed it as the work of a weary man who no longer had the energy to think the problem through, who took a path of least resistance but nevertheless understood that he was ending his career on the wrong side of history. I took this passage, which he labelled “this further observation,” as an apology for voting with the majority:

There are numerous instances in which the statement and actions of government officials are not subject to judicial scrutiny or intervention. That does not mean those officials are free to disregard the Constitution and the rights it proclaims and protects. The oath that all officials take to adhere to the Constitution is not confined to those spheres in which the judiciary can correct or even comment upon what those officials say or do. Indeed, the very fact that an official may have broad discretion, discretion free from judicial scrutiny, makes it all the more imperative for him or her to adhere to the Constitution and to its meaning and its promise.

Rereading his opinion this week, I’m inclined to a more generous — or, in the spirit of the moment, a more empathetic — view. Justice Kennedy, appointed to the court by President Ronald Reagan, was departing after 31 years, during the term of a president of the same party as the one who had brought him to the court — as justices often do when they depart. But he was also leaving a cautionary word to the justice who would succeed him and to justices after that.

“An anxious world must know,” he wrote in conclusion, “that our government remains committed always to the liberties the Constitution seeks to preserve and protect, so that freedom extends outward, and lasts.”

Words of warning, certainly. A note of desperate hope? Perhaps.