Seeking Allah in the Midlands

Of the thousands of white Britons embracing Islam every year, most are thought to be professionally successful, independent-minded women, says a study

Arguably, Islam has more than a mere perception problem over how it treats its women. Even after allowing for stereotyping (the image of a burqa-clad woman walking two paces behind her husband is a crude caricature of the modern Muslim woman), the fact is that Muslim women are more vulnerable to misogyny and cultural prejudices of their menfolk than women of any other faith. The more “Islamic” a society, the fewer individual freedoms its women enjoy. 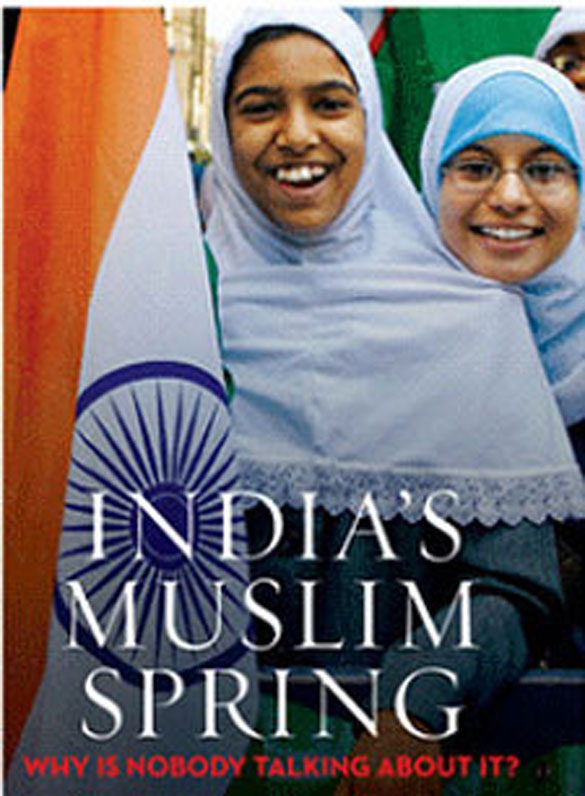 VISIBLE: The report says that for many, there were hostile reactions. The picture is of Yvonne Ridley

Yet, Islam appears to hold a strange fascination for white British women who are converting to it in large numbers. Of an estimated 50,000 or so white Britons who convert to Islam every year, some two-thirds are thought to be women. Most of them are independent career women — bankers, doctors, broadcasters — who know what they are doing, and often do so in the face of opposition from family and friends. High profile converts include Lauren Booth, sister-in-law of former Prime Minister Tony Blair, well-known journalist Yvonne Ridley and MTV presenter Kristiane Backer.

Though there is no hard data, mosques claim that there has been an increase in the number of converts to Islam since 9/11 with more women approaching them.

“I receive many more inquiries from women. It is quite surprising, given the negative publicity in terms of the mistreatment of women. But women say it was all the negative things that first stimulated their interest,” said Sheikh Imam Ibrahim Mogra from Leicester.

So, what makes professionally successful and liberated western women embrace a faith which has become synonymous with oppression? And what has it been like for these “new mullahs”?

A groundbreaking study by Cambridge University’s Centre of Islamic Studies (CIS) and the Leicester-based New Muslims Project provides a fascinating insight into the experience of women converts. Its 129-page report, “Narratives of Conversion to Islam,” outlines what it describes as “the social, emotional and sometimes economic costs of conversion” and examines the reasons for women converting to Islam in a society with “pervasive negative stereotypes” about it. The study shows they were prompted as much by a genuine curiosity about Islam, especially in the aftermath of 9/11, and a quest for “faith and spirituality” as by a reaction against too much individualism and excessive permissiveness of western culture. Then there are often such practical considerations as the wish to marry a Muslim boyfriend. Many were introduced to Islam by a “boyfriend, fiancé or husband.” Some were initially drawn to it out of sheer curiosity and then got “hooked.”

Anisa Atkinson, once a devout Catholic, ended up converting after reading a pamphlet on Islam.

“I was pretty bored so decided to flick through it. And a few pages in I realised this was what I had been searching for. It was a light bulb moment. So I read more, and studied the religion, and a few months later I become a Muslim. My mother was devastated.’’

In the case of Caroline Bate, an investment banker, her best friend was marrying a Muslim so she wanted to know more about it and started reading about Islam.

“The literature that I picked up just stimulated me. And Islamic teaching made perfect, logical sense. You can approach it intellectually and there are no gaps, no great leaps of faith that you have to make.”

“It is often full of joy and pain for the convert and her family and friends, regardless of the faith to which she converts, but no more so than when the faith is a maligned Islam and its followers.”

Women said people wanted to know why a “liberated/free Western woman would embrace a backward faith that oppresses her.” According to Professor Suleiman, the question implied that there “must be something ‘wrong’ with, or ‘perverse’ about, the female convert to want to do this ‘wrong/perverse’ thing.”

The report — based on the experiences of nearly 50 British women converts of different ages, ethnicities, and faiths or no faith — says that many met with hostile family reactions. One was thrown out by her father who was horrified that she had embraced a “barbaric and uncivilised” faith. Her brother reacted by joining the far-right racist British National Party to prevent further “Islamification” of Britain, and neighbours were told that she had died. When she travelled abroad, her family informed the security services of that country that she was a terrorist.

Atheist families often reacted with greater hostility than the religious ones. One woman said her atheist mother was alarmed that her grandchildren would be indoctrinated into Islam and brainwashed into a set of mythical, “fairy like” beliefs. Most converts reported feeling confused and isolated after the initial euphoria of conversion as they struggled to find acceptance both in their new-found community and the wider society.

The study confirmed a problem that lies at the heart of Islam — the fact that it is not simply a faith, but a way of life. The overlap between faith and culture left many confused. They also faced pressure to get married “often to unsuitable prospective partners such as political refugees or men seeking British passports.” Converts who had a previous sexual relationship were seen as “impure.”

Noting that women’s rights were “a highly charged political issue within Muslim communities,” the study acknowledged the need to raise the status of Muslim women. Most converts were particularly critical of the concept of Sharia Council or courts operating in Britain, seeing them as a threat to women’s rights.

“The consistent themes flowing through the report is the need for increased levels of support for the convert community…Another of the recurring themes was the overwhelmingly negative portrayal of Muslims and Islam in the U.K. media and what role the convert community might have to play in helping to redress the balance,” said Prof. Suleiman.

Until now, conversion was not talked about openly and reported mostly in negative terms focusing, for example, on white criminals converted to Islam by Muslim prisoners — or Muslim converts like the terror suspect Richard Reid, the so-called “shoe-bomber” who tried to blow up a trans-Atlantic flight in mid-air by detonating a bomb concealed in his shoe.

This is the first serious study of its kind and is expected to open up the debate on an issue clouded by prejudice. And the prejudice is not all one-sided. Muslims are no less prejudiced towards other faiths, and notoriously sensitive to desertions from their ranks. When Prof. Suleiman says that “converts have the potential to be a powerful and transformative influence on both the heritage Muslim community and wider British society,” one hopes he means all converts not just Muslim converts.