While the entire Muslim world is in anguish on Israel having been recognized by Arab Emirates, Muslim Capitals remain officially silent.  North African Muslim nations have no say as they have never ever been integrated with rest of Muslim world and continue to be at the disposal of Arabs for their economic reasons. Nevertheless, rest of Muslim world has been by and large callous to their socio-political and economic woes. 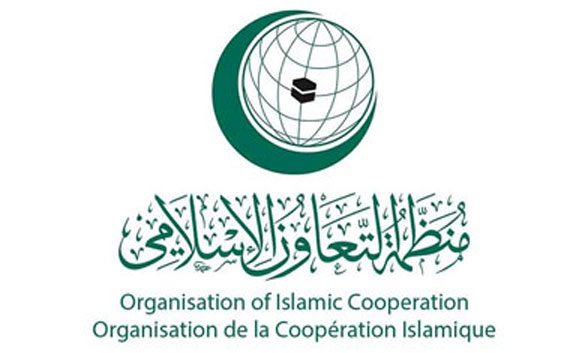 Likewise, Central Asian Muslim nations are yet to have come out of Russian yolk. Though Iran’s much hyped tirade against Israel and the US, Iran helped US to haunt Saddam and help stall a Pro Tehran regime in Iraq that witnessed murderous onslaughts on fellow Muslims in Baghdad and other areas for years, that consequently led to the birth of ISIS. Tehran has always been fiercely opposed to Israel without having shot a single fire towards Tel Aviv. Tehran has been vitriolic to Emirates and Israel official relations while she has only cultivated proxy militia groups fighting for Tehran’s expansionism in Middle East from Lebanon, Syria to Iraq and Yemen. The Iran’s gun wielding proxy Mujahids from Hezbollah, Ansarul Mujahideen to Houthis have only cut throats of fellow Muslims in Lebanon, Syria, Iraq and Yemen. After 2006 Hezbollah-Israel war in Lebanon over past 16 years they have been very peaceful with Israel but helped Zionism indirectly to destroy Lebanon, Iraq, Syria, and Yemen.

This has largely contributed to Arab’s scare and recognition of Israel which has intelligently used Tehran’s Pasdaran revolutionary army to forge security threats to Arabs that ended in finding refuge under US-Israel umbrella. Tehran was formerly very comfortable with the US sponsored regime in Kabul and established even logistic links with Karzai regime. She did not seem to have backed Afghan Taliban resistance cadres any time in the past except as of now when she recognized Taliban due to failures faced by the US and NATO in that country.

Turkey’s evolving Muslim leader turning heroic in contemporary Muslim world is another figure sharply and starkly condemning Emirates and Israel’s overt relationship. Ankara is known to have trade links with Tel Aviv since years. Israel and Turkey do mutual trade worth millions of dollars annually. Does he have any moral standing to condemn this newly emerging relationship between Arabs and Israel? All that can be concluded is that Turks, Persians and Arabs have their own stakes vested in Middle East that is very efficiently manipulated by Tel Aviv to make an entry in the Middle East.

Beyond any doubt Emirates shaking hands with Israel has further divided Muslims globally. All doubts have been removed by now that Saudi Arabia will for sure be mulling to recognize Tel Aviv in a short while from now. The invitation of army chief of Pakistan to Riyadh talks with Saudi King and Crown Prince have something to do with Israel’s recognition by the Kingdom. It must be prognosticative that pressure would now start mounting on Pakistan to recognize Israel.

In Pakistan there is an active lobby that pleads for Israel’s recognition. They believe that diplomatic relations of Tel Aviv with Islamabad have bigger advantage for Pakistan particularly the Kashmir imbroglio which they perceive getting precipitously solved between India and Pakistan under active involvement of Tel Aviv.

The global political spectrum is drastically changing and new blocks and partners are affecting owing to entirely changing game of National interests. Sooner or later Pakistan would be compelled to join hands with Israel if not under force but definitely for the sake of her own national interests. Albeit new and parallel block of Muslim nations may evolve and OIC may have no future, like the sovereignty of Palestine having no future given the annexation of West Bank and Israel’s entry in Arab world; the World Powers like China, Russia and the US will continue to explore and exploit the Muslim nations for chasing their own goals.

The Muslims around the world would continue to be the pawns in this Great Game. Deal of the century between president Trump and Netanyahu has given Tel Aviv wings to take off and Greater Israel is knocking at the door of the Muslim world. Israel has very conveniently managed its favourable ties with the world powers like China and Russia which are perceived to be unswerving adversaries of United States.

China has developing interest in Israel for smooth connection of Belt and Road initiative with the Central Middle East and Afro-Arab nations of Egypt – Libya Sudan and Morocco. It is also keenly interested in Israel’s high-tech drone technology where as Russia has never been opposed to Israel for its occupation of Palestine but has developed its stakes in Syrian and Libyan oil fields.

The new Muslim World order, if any, developing in future would not be free of Chinese and Russian influence. These Powers will be repeating what US used to do with OIC in the past.