Islam or French Secularism; Which is in Crisis?

Emmanuel Macron, the French President, two weeks before the murder of a school teacher by a migrant 18 years Chechen Muslim student, had accentuated his tone to reign in Islam in France to make it compatible with the French “Enlightenment” model and secular standard.  He further spoke of Islam being in crisis. His speech on 2nd October 2020 laid emphasis on legislative proposal to fight “Islamist separatism.” If passed, there would be a ban on schooling of children at home up to 3 years of age and to prevent foreign-trained Imams from leading French mosques. The objective according to the President is to build an Islam in France that can be compatible with the “Enlightened” French societal domain. 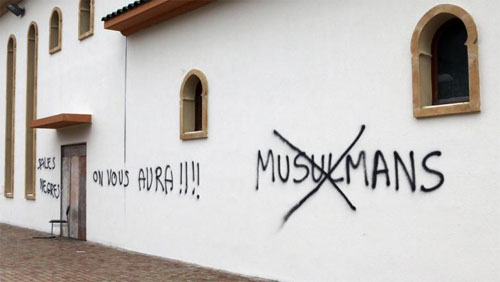 Abstractive analysis of his speech concludes that Islam is growingly at clash with modern West. Thus he pleads to have chosen the way that China is largely blamed for by the Western champions of secularism and equality; the phenomenon of cultural genocide of Uygur and Turkic Muslims. The position of China is well understood, being an absolute authoritative regime she can go to any extent. But France claims to be a secular democracy, both constitutionally and socially.

The French constitution according to the experts does not delineate the contours of its extent. French secularism as approved by both the progressive left and the Islamophobic right, goes beyond the American democratic concept of separating religion and state. It essentially excludes religious symbols from public institutions. France has banned Muslim women’s headscarves in schools and outlawed religious face coverings everywhere. No such bans exist in the United States. Albeit both America and France are abuzz with debates on Islamic fundamentalism, Islamic radicalization and Muslim terrorism. The views that stoke Islamophobia have a popular support.

American democracy more often than not provides better opportunities for the integration of various religions and cultural pluralism. France has secularism as a corner stone of the State Governmental dynamics where as society is construed mostly to be monocultural even though not classified by the secular constitution as the constitutional experts in France elaborate. Secular law for the state without institutional freedom of exercise is something being closer to fascist authoritarianism in the attire of electoral democracy.

In the United States, the First Amendment restricts the secular state’s engagement with religion, saying the government can neither establish a religion nor prohibit a religion’s free exercise according to constitutional amendments in the US available on line. Thus it would be difficult for a US President to pronounce what Macron did, a State-sponsored project of Islamophobic far rightists to forge a French stereotype enlightenment of Islam. Noteworthy, that many years before Macron spoke his toxic mind, the US President Barrack Obama gave a historical speech in Egypt in 2009, in an attempt to harmonize the relationship between America and the Muslim world. He had accented Muslims ‘share in building America. Obama’s words are recorded in the history. “It is important for Western countries to avoid impeding Muslim citizens from practicing religion as they see fit for instance, by dictating what clothes a Muslim woman should wear.” His narrative reflected the whole American nationalism with Muslims as American-Muslims.

In French secularism there are no identities to reckon with – you are a French or a non-French. This essentially decodes French secularism in to ultra nationalist dogmatism with no respect to extra- French religions and thus denigration to cultural pluralism. 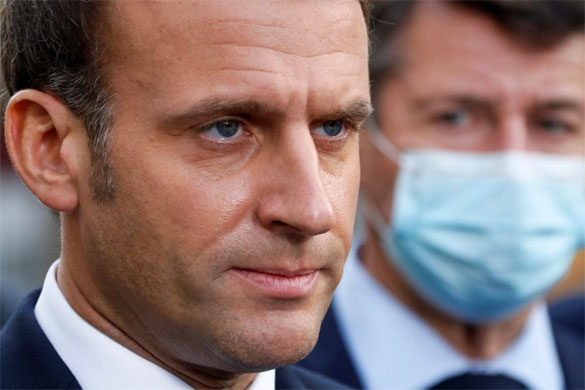 Jean Bauberot, an eminent scholar defends a more pluralistic secularism in France; one that tolerates certain religious symbols in public institutions. But astoundingly France has made many exceptions for Catholics. The government provides substantial public funding to private Catholic schools, and six official holidays in France are Catholic holidays. There is an absolute unwillingness to accommodate the religiously based demands of Muslims who are propagating rapidly all around France. In 2015 Muslim students were even refused to have some alternative to pork in school and college cafeterias.

This reminds us of Chinese tactics in Xingjian; the French secularism is no less dark and fiendish.

France’s constitutional commitment to equality is questionable and debatable on racial discrimination; its biggest minority being mostly of non-white Muslim immigrants from its former colonies in Africa and their descendants. Macron represents the face of neo-conservatives and far-right white racists who approve of blasphemy against Islam as a weapon not to reconcile with it and prevent the fast spread of Islam in France. Macron is assuredly ignorant of history. Islam is there for last more than 1400 years, spreading in length and breadth of the globe. It has redefined morality and humanity and co-existence with non-Muslims. In fact Islam is not in crisis, it neither was; it is politically intolerant France’s racist secularism that is in crisis.

Some Muslim Governments might be in crisis but not Islam as religion. Macron needs to learn true secularism from Islamic republic of Iran which despite not calling herself secular, but Jews and Zoroastrian minority can be seen enjoying complete freedom of religious exercise with many of them representing their communities in the Parliament.

Undoubtedly the beheading of the school teacher and Church bishops is unacceptable, likewise official approbation of blasphemy is not acceptable; and is in fact a vile and uncivilized enactment.