Muslims and Arabs have to work twice as hard to climb half as high, and are de-platformed ten times as quick. 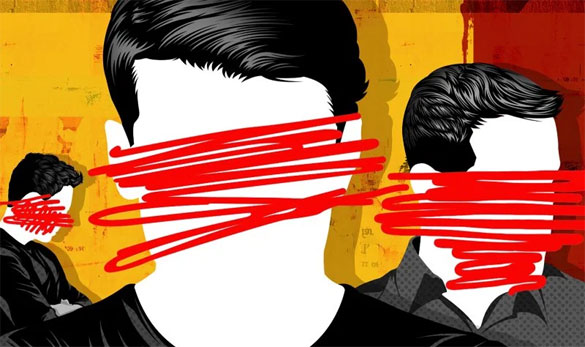 Illustration by Taylor Callery for TIME

In the past four months, 135,000 Americans have died and 50 million have lost their jobs as a result of the Trump Administration’s negligent mishandling of the Covid-19 pandemic. But rather than a national discussion about how the country can drag itself out of the mire, the public has become seemingly obsessed with an incoherent debate about “cancel culture.” 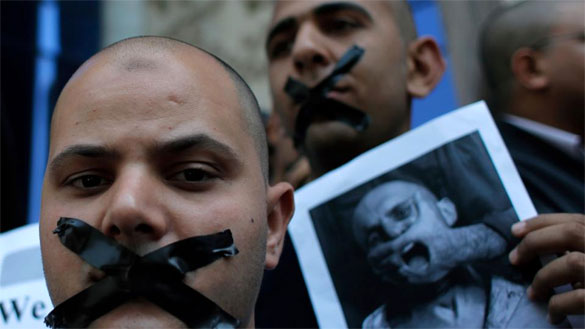 In this “debate,” pre-existing power structures are inverted in framing the rich, privileged and powerful as victims, as evident in the way pundits on both the left and right have made a free speech martyr out of a New York Times columnist Bari Weiss, who self-expelled on Monday citing – you guessed it – “cancel culture.”

Weiss, a Jewish American and graduate of the prestigious Columbia University, is the very epitome of racial and economic privilege, earning a position as an op-ed columnist at the Wall Street Journal before turning 30 years of age.

Her qualifications and demonstratable overachievements aside, Weiss has dedicated much of her enormous platform to condemning and silencing Palestinian, Arab and Muslim voices, specifically those critical of Israel.

During her college days, she campaigned to have a number of Arab-American professors terminated, including Joseph Massad, a professor of Modern Arab Politics and Intellectual History at Columbia University.

More recently, she praised an article that called on Stanford University to cancel its invitation to a leftist Jewish American Eli Valley, who was to speak during Palestinian Awareness Week in 2019.

The problem isn’t Weiss, however. The problem is that Muslims, Arabs and Palestinians have been made so invisible in the US media and mainstream political discourse that they don’t even invoke mention during a debate about “cancel culture,” even when so-called free speech martyrs like Weiss are proactively cancelling their voices.

It takes a special kind of holier-than-thou self-righteousness to bemoan alleged assaults on “free speech” at the same time both major political parties are advocating and legislating laws that criminalise free speech vis-a-vis the way in which twenty-seven US states have now adopted laws that punish businesses, organisations or individuals that support or call for boycotts against Israel.

Absent also from this “cancel culture” debate is that 201 anti-Sharia bills have been introduced in 43 states since 2010. These bills are rooted in no plausible counterterrorism logic but rather in bigotry meant to stifle the practice of Islam, a speech act in itself.

Muslims have also endured veil bans, and other measures designed to suppress their individual freedoms. When anti-Islam advocates have falsely tied their faith to terrorism, Muslims have been denied the opportunity to respond-in-kind.

After RulaJubreal, a Palestinian born American and foreign policy analyst, challenged Bill Maher’s bigoted misconceptions about Muslims on his show Real Time, she was banned from returning as a contributor.

As observed by The Intercept, Arab and Muslim voices are so marginalised in the US media that not a single Arab American or Muslim American count among the New York Times’ stable of regular contributors, despite the newspaper frequently commenting and reporting events and conflicts in the Middle East.

What’s clear is that in the United States, public commentators of Palestinian, Muslim or Arab heritage must work twice as hard to climb half as high, only to be cut down and de-platformed ten times faster.

Show me a single instance of an American pundit being fired, cancelled or even cautioned for espousing hatred towards Palestinians, Muslims or Arabs, and I will show you a unicorn.

Even white commentators who stand up for the rights of Palestinians, Muslims and Arabs are often cancelled, silenced or cautioned. The case of former CNN contributor Marc Lamont Hill is illustrative. His contract was terminated by the cable news giant after pro-Israeli groups criticised him for giving a pro-Palestinian speech at the United Nations.

“We have an opportunity to not just offer solidarity in words but to commit to political action, grassroots action, local action and international action that will give us what justice requires and that is a free Palestine from the river to the sea,” said Hill.

Despite nothing in the above statement being racist, offensive, or untrue – Hill was fired, a fate escaped by Weiss, who has routinely attacked Muslims and praised high-profile anti-Muslim bigots, including Ayaan Hirsi Ali.

Nor has Bret Stephens’ open hostility towards the Arab world (“the disease of the Arab mind”) cost him his job, in fact he took on a high-profile columnist position at The New York Times shortly after writing the incendiary piece.

That the Weiss resignation has sparked more outrage from conservative commentators than the Saudi government’s murder of Washington Post journalist Jamal Khashoggi, a Saudi resident of the US, further illustrates just how little Arab or Muslim lives matter in the American discourse.

If murdering someone to silence him doesn’t fall within the scope of “cancel culture,” then what on earth are we even talking about?

Original Headline: In the US, silencing Muslim voices doesn’t count as ‘cancel culture’