President Biden And His Af-Pak Team Have Their Work Cut Out For Them - Revise Taliban Deal, Rehyphenate Af-Pak

The newly-inaugurated administration of US President Joe Biden has announced its intention to review the agreement that the outgoing Donald Trump government had signed with the Taliban a year ago. While the Biden administration has its plate full of domestic agenda items, it realises that it would have to get its foreign policy itinerary out soon. And Afghanistan is going to be one of the first stops on that itinerary, as these remarks by the incoming National Security Advisor Jack Sullivan and his publicised phone call to his Afghan counterpart, followed by the new Secretary of State Antony Blinken’s call to President Ashraf Ghani, indicate. Reviewing the deal, however, would not be enough. The deal has widely been perceived as the US surrender and not a peace accord, including by the Taliban, and rightly so. 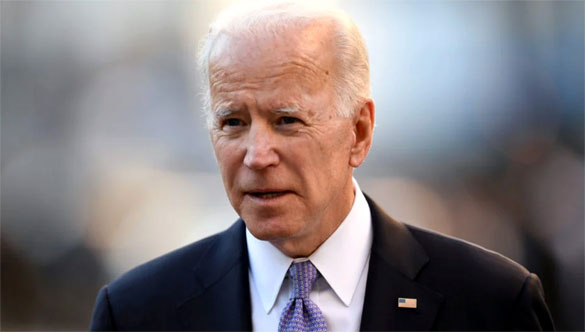 The Taliban have flouted, with impunity, all three fundamental conditions they had agreed upon, for the US forces withdrawal by May 2021: a) reduction in violence leading to a ceasefire; b) cutting ties to transnational terror groups like al-Qaeda; c) negotiating with the Afghan government, in earnest. The Taliban violence surged exponentially after the deal with the US. They have continued to attack the government forces and installations in Kabul and provincial capitals. But even more heinous has been the unclaimed targeted killings of civilians, especially prominent citizens, community leaders, women activists, academics and journalists – literally an eliticide – by the Taliban. The idea is to break the backbone of an emergent middle class civil society, spread terror in the countryside, instil fear of an impending Taliban takeover across the board, and yet evade responsibility. A menacing rise in the drugs, which now include crystal meth, coming out of Afghanistan is also a function of the Taliban’s increasing potency on the battlefield and no fear of repercussion from the US and allied forces courtesy the Khalilzad formula.

The Taliban feel no compulsion to negotiate with the Afghan government when they could easily bide their time thanks to the cushy deal which has no built-in repercussions for such delay. They have roamed the world capitals but kept the Afghan delegation waiting in Doha on one pretext or another. And while nominally agreeing to sever its ties with al-Qaeda, the Taliban continue to consort with its terrorist twin, and was in touch it during and after negotiating the deal, forcing the Pentagon to conclude that the two were joined at the hip. The net effect of the Khalilzad softball has been that the Taliban now feel emboldened to shift goalposts, and have virtually made the removal of current Afghan government, a precondition for peace.

The US-Taliban agreement would, therefore, have to be revised, not just renewed. And the review and revision would require not just a fresh mandate from President Biden but also a new US point person. The Trump-appointee, Zalmay Khalilzad who brokered this capitulation, would have to go. Secretary Blinken has asked Zalmay Khalilzad, to continue, as the US special representative for the Afghan peace process.

That won’t work, even if Khalilzad stays on just briefly. The man is responsible for painting the US into a diplomatic corner and simultaneously binding Afghanistan to the terms of a shoddy deal, while cutting the Afghan government out of the whole process. A diplomat’s job is not to present the enemy’s position to his own government as fait accompli but to create an opportunity where none exists. Khalilzad not merely accepted the Taliban’s stance hook, line and sinker but in the process gave their Pakistan army patrons a virtual veto over Afghan peace. And just like its jihadist protégé, the Pakistan’s hybrid martial law regime has moved the target when its foreign minister proclaimed that the Taliban alone is not responsible for reduction in violence. 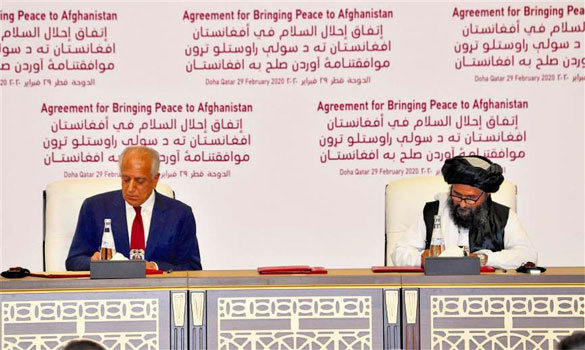 The Trump administration, (mis)guided by Khalilzad, had turned a blind eye to Pakistan giving not just sanctuary to the Taliban leadership and their families but also continuing to harbour the terror group’s rank and file. Khalilzad did not let out a peep when the Taliban deputy leader Mullah Abdul Ghani Baradar visited the injured jihadists in a Karachi hospital and also told his cadres there that “the group makes all decisions related to the Afghan peace process after consulting its leadership based in Pakistan”. Another leader from the Taliban’s Doha office, the notoriously anti-Shia Mullah Fazel was seen visiting a jihadist training camp, ostensibly, inside Pakistan.

The way Mullah Baradar went around Karachi without any fear of being caught on camera shows the Taliban’s increasing confidence in the legitimacy the group has gained thanks to Khalilzad’s kid-glove treatment of the group. It also indicates that with Khalilzad not bringing up the issue of Taliban sanctuary even once, Pakistan does not feel compelled to even pretend that it harbours the Taliban leaders and cadres. Combine this with Pakistan’s continued tolerance, if not outright patronage, of other jihadi terrorists and it becomes evident that the transnational jihadist ecosystem is very much intact there.

Nothing illustrates such convergence of Al-Qaeda, the Taliban, and Pakistan’s anti-Shia terrorists and India-oriented jihadists, better than the case of Omar Saeed Sheikh, the convicted mastermind of the Wall Street Journal’s South Asia bureau chief, Daniel Pearl’s gruesome murder.

In 1999, Sheikh, along with the Jaish-e-Muhammad’s (JeM’s) Maulana Masood Azhar was released in exchange for a hijacked Indian airliner, which had been flown to Kandahar, in the Taliban-controlled Afghanistan. JeM continued to maintain training camps in Afghanistan till the Taliban were toppled by the US and allied forces. Pakistan’s anti-Shia terrorist group Lashkar-e-Jhangvi along with assorted other jihadist outfits had also enjoyed sanctuary in the Taliban-controlled Afghanistan. All these murderous outfits came together in Pearl’s abduction and slaughter and nothing describes it better than the Pakistan’s former military dictator, General Pervez Musharraf’s account in his book, In the Line of Fire:

“In May 2002, we arrested someone named Fazal Karim, an activist of Lashkar-e-Jhangvi, the militant wing of the Sunni sect[arian outift] known as Sipah-e-Sahaba. We had arrested him for other reasons, but when we interrogated him, we discovered that he was involved in Pearl’s slaughter. He also told us that he knew where Pearl was buried. He was asked how he knew. Chillingly, he replied—without remorse—that he knew because he had actually participated in the slaughter by holding one of Pearl’s legs. But he didn’t know the name of the person who had actually slit Pearl’s throat. All he could say is that this person was “Arab-looking” … The man who may have actually killed Pearl or at least participated in his butchery, we eventually discovered, was none other than Khalid Sheikh Mohammad, al Qaeda’s number three.”

Omar Sheikh’s conviction has just been overturned by the Supreme Court of Pakistan. Contrast this with the case of a Pakistani citizen Dr. Shakeel Afridi, who had helped the Americans track the 9/11 mastermind Osama bin Laden. That Afridi has been languishing in prison since 2011 goes to show where the Pakistani state’s priorities are. There is no way in hell that the country’s incredibly servile courts could let Sheikh off the hook and hold Afridi, without the Pakistan army’s knowledge and nod. It is not that the army had ordered Pearl’s murder, but it is the enabling milieu that it has provided and continues to provide to the jihadism that stokes the terrorist pyres across the country’s border and invariably leads of a devastating blowback at home.

The incumbent Chief of Army Staff, General Qamar Javed Bajwa has proclaimed more than once that the army made mistakes and has learnt from them. The facts on the ground tell a completely different story. And that is where the Biden administration has to tread with extreme caution. Pakistan’s military rulers like Zia-ul-Haq and Pervez Musharraf and army chiefs like Ashfaq Parvez Kayani and Bajwa have had a flair for telling the US what it wants to hear but doing the exact opposite. Zia-ul-Haq played the Ronald Reagan administration like a fiddle and sired jihadis first with the American help and then against the US desire. Musharraf and Kayani harboured, reorganised and unleashed the Afghan Taliban, after they had been routed, with a vengeance. Bajwa dutifully ensured that Pakistan’s Taliban project continues. The US has eventually discovered this double speak and deceit, but only at its own and the region’s peril.

The US has the luxury to pack up and leave but Pakistan’s geographical neighbours don’t. The outcome of the US-Taliban deal would not just impact the two but the whole region and beyond. With Pakistan’s tight control over the Taliban, it is imperative that the Biden administration rehyphenates the Af-Pak. Not only should the Taliban be made accountable for meeting the conditions they signed off on, but the US must hold their backers’ feet to fire as well.

Pakistan is currently under a hybrid martial law, for all practical purposes. Prime Minister Imran Khan remains army’s puppet who when told to jump, merely asks, how high? Khalilzad was only too happy to deal with the army and the quasi-fascist Trump administration way too complacent about the latter’s trampling on constitutional and civil rights in Pakistan. Not only is a new envoy with a new brief from the new administration needed for a fresh look at the US-Taliban deal, but one is also needed to revamp and reenergise the office of the US Special Representative for Afghanistan and Pakistan.

A revitalised Special Representative for Af-Pak can play a key role in adding the much-needed bandwidth to Biden administration’s regional policy making and implementation. President Biden and his Af-Pak team have their work cut out for them.

But first things, first. A proper review and revision require first putting off the May 2021 deadline for the complete US withdrawal. The sooner the Taliban get that memo, the better.

Mohammad Taqi is a Pakistani-American columnist. He tweets @mazdaki.