Emmanuel Macron recently announced that he wanted to end ‘Islamic separatism’ in France. A minority of the country’s estimated six million Muslims risk forming a ‘counter-society’, he said. It is tough talk from the President, but Macron is keen to position himself as the defender of French values, and he has form: when statues were being pulled down across the western world, Macron proclaimed that ‘the Republic won’t erase any name from its history. It will forget none of its artworks. It won’t take down statues.’ 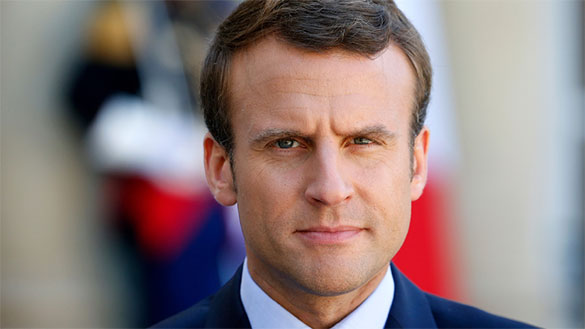 That Macron even gave an anti-Islamism speech was itself a sign of how fast the debate is moving in France. Five years ago, when Fox News referred to ‘no-go zones’ in Paris, the city’s mayor threatened to sue. Now we have an avowed centrist like Macron warning that the ‘final goal’ of the ‘ideology’ of Islamism is to ‘take complete control’ of society. Anyone making such arguments just a few years ago would have been condemned by the left as an extremist. Macron is promising a law on ‘Islamist separatism’, restricting home-schooling of Muslims and demanding that Islamic groups in receipt of French state funding will have to sign a ‘secular charter’.

But if he’s serious, why stop there? A week before his speech, for example, there was a stabbing outside the offices of Charlie Hebdo, which France’s interior minister described as an ‘act of Islamist terrorism’ and a ‘new, bloody attack against our country’. It would be brave and powerful to put up a monument in memory of people who were killed by the Islamists while fighting for freedom of speech: perhaps a statue of the Charlie Hebdo team or my late friend Theo van Gogh. At the statue’s unveiling, Macron might refute the false notion — increasingly widespread today — that scrutinising Islamism and Islamists is an act of ‘Islamophobia’. Defending universal human rights is an act of compassion, not a ‘phobia’; failing to make this point only leaves an opportunity for the real bigots of the far right.

In his speech, Macron also said that the ‘challenge is to fight against those who go off the rails in the name of religion... while protecting those who believe in Islam and are full citizens of the republic’. If he really means this, perhaps he could provide security and support to those French Muslims courageously speaking out against radical Islam? He could also support those French Muslims who seek to modify Sharia, historically contextualise the Sunnah (traditional Muslim practices) and establish a meaningful boundary between religion and state by challenging doctrinal purity. In the effort to combat the extremists, it is vital to distinguish the Muslims pushing for real change from the Islamists with silver tongues. A great many French Muslims are fighting against the Islamists, and Macron could do far more to support them.

The battle of ideas against Islamism will, of necessity, be a long one and if he hopes to succeed Macron must ensure that French civil society and philanthropic foundations are fully engaged in this effort. He should disband subversive Islamist organisations that lay the ideological groundwork for violence, while calling on his fellow European leaders to do the same. It’s amazing how many of them, even now, prefer to avoid the topic.

He might also strengthen immigration laws to ensure that French civic values are taken into account in admission decisions. Those admitted to the Republic from abroad should be told to embrace the French notion of social cohesion, which means they cannot embrace separatism or Islamism, or belong to organisations that do.

Existing laws should be used more too. Not so long ago, an Algerian woman who refused to shake hands with male officials at a French naturalisation ceremony was denied citizenship as a result. Islamists can, in this way, be served notice that France is not their natural home.

French law allows the government to reject naturalisation requests on grounds of ‘lack of assimilation, other than linguistic’. So in the spirit of this law, Macron should start to repatriate asylum-seekers who engage in violence or the incitement of violence — particularly against women.

In foreign policy, he could tackle the ideological extremism that is disseminated by the governments of Qatar and Turkey — among others — through their support of Islamists, Islamist foundations and communitarianism in Europe (including France). He could take a much stronger stand against the Iranian regime — bilaterally as well as at the EU level — for its hostile activities on European soil, its vicious cruelty towards its own population and its efforts to export revolutionary Islamism throughout the Middle East. This would also mean further strengthening France’s ties to Israel, the UAE and Egypt and demanding that Saudi Arabia stop funding Wahhabi extremists abroad.

France’s corps diplomatique still possesses exceptional historical and linguistic knowledge of Africa, Asia and the Middle East. This could be used to counter the activities of groups such as the Muslim Brotherhood, Tablighi Jamaat, and Hezbollah, Hizb ut-Tahrir and their many branches and offshoots. Macron says his Bill will ‘dissolve’ Islamic groups whose principles clash with those of the French Republic. He can do so by cutting off the financial flows from foreign powers to the Islamist organisations within France.

Macron is right: Islamic separatism does indeed threaten to turn France into two nations. But if the problem is to be addressed, the French people need to be shown that the President has the guts not just to call out radical Islam — but also to take real, practical steps to defeat it.

Ayaan Hirsi Ali is a research fellow at the Hoover Institution and founder of the AHA Foundation. She served as a member of the Dutch parliament from 2003-2006.

Original Headline: The significance of Macron’s war on Islamism