When dealing with disruptive, potentially dangerous individuals or groups within society, the dilemma lies in differentiating between the sheep and the wolves. This is what President Emmanuel Macron is trying to do in France. 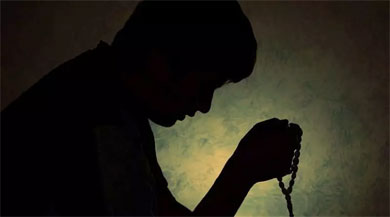 Muslim citizens in France are not the problem — the extremists are. The same applies to the wider population of the country; there are extremist, hostile racist groups in other sections of French society, but the peaceful majority of people from these communities are not subject to suspicion and persecution to the degree that Muslims are.

Macron visited a mosque last week, where he addressed the Muslim community and made comments that did not appeal to some. He said he would not allow separatist movements to flourish in France, as the country is one republic and everyone should coexist and accept its laws. He denounced, for example, those who refuse to shake hands with women, who shun modern medical treatments or who will not allow their children to study in public schools, describing these acts as cultural separatism.

The truth is that some behaviours are personal choices. The state cannot force any man to shake hands with women, for example, but it does have the right to take action against parents who try to limit their children’s education or keep them at home. The authorities can intervene in this type of cultural separation, backed by the force of law, and punish parents for it.

Like many European politicians, Macron is in favour of respecting freedom of religion and worship as these rights are enshrined in the constitution. However, he complains that some groups are trying to mobilize the large Muslim community in France to achieve political goals. Some French Muslims have suffered from intellectual and religious extremism, in the same ways that Muslims in their countries of origin suffered. These are not merely extremist ideas that spread as people move from country to country, or are transferred through travel and mixing with others; they are mostly organized activities directed by groups with political agendas and goals in mind.

Macron in particular issued a warning to Turkey, accusing it of being a source of financing, support and organization of extremism. This is indeed part of the problem; Istanbul is the capital of extremism in the world today. It is the official destination of choice for Islamist groups fleeing from Egypt, Gulf nations, Sudan, Syria and other countries.

The true problem, however, lies not with Turkey but Europe. It has allowed these groups to exist and create legal, economic and political entities, even when it became evident that they are affiliated with dangerous groups in the Middle East, and operate according to a political agenda that is hostile to the ruling systems/regimes that harbor them.

The concept of Western “freedom,” which these groups use as a cover under which to operate contradicts their core beliefs. The founder of one of these groups stated publicly in London that the West is like a toilet in which he takes a dump.

These groups were established easily, taking advantage of the freedoms of expression that exist in countries such as France, Belgium and the Netherlands. Now they have become a source of concern and a security threat to Europe, which is faced with a complex problem: How can it prohibit the expression of objectionable ideas while still sanctifying the concept of freedom?

The second problem is that Europe has other groups to deal with that are no less dangerous to society. These include far-right fascists, Nazis and left-wing extremists. How can Europe ban Islamist organizations when their members have learned the rules of the legal and political games and enjoy the rights of acquired citizenship?

What makes these extremist groups affiliated with Islam more dangerous than other extremist organizations is that they are against society as a whole. They target Muslims with their messages of change and use them, almost isolating them, leaving them at their mercy.

In addition, these groups are backed by overseas benefactors with huge financial resources, and are also managed and directed by foreign interests. So how should we view them: As puppets under the control of others, or as dissidents in their new host societies?

After a long slumber, Europe has awakened to the problem and started to take action, very slowly, either as a result of electoral pressures or shocking information such as that published by the French press about the people and financiers behind these groups.