Prophetic Forewarning Relevant to Our Times 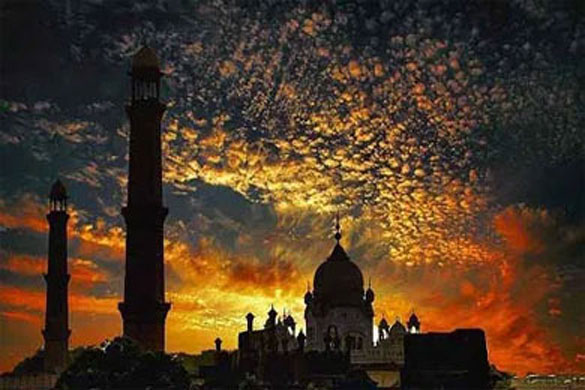 As we survey the modern scene in which calamities of all hue, particularly befalling the Muslim community have gained an unprecedented currency and intensity, we are reminded of many a Prophetic forewarning relevant to our times. Here we study some of the chosen Ahadith on the subject which not only inform us about what is happening now but also instruct us how to conduct ourselves in these circumstances.

“Hazrat Abu Hurairah reports the Prophet (SAW) saying, ‘hasten to perform good deeds before the great tribulation which will fall like layers of darkness in a pitch-black night. A man will be a believer at dawn and turn a disbeliever at dusk or he will be a believer in the evening and a disbeliever in the following morning, selling off his faith for petty worldly gains.’” (Muslim)

Another hadith on the same theme reads:

These Ahadith imply, among other things, a certain categorisation. We have to decide as to where do we belong in this categorisation and what ought we to do in order to save ourselves. The first hadith speaks graphically of the calamities which will descend but does not specify them. These are spoken of in detail in many other Ahadith. The second hadith identifies the presence of the misfortune in the socio-political sphere – the moral corruption of the rulers and the wealthy people and the fatal imbalance in the area of the gender. Another hadith, relating to the same subject, reads:

“The Prophet (SAW) remarked that times will compress and shorten (and become unproductive), real knowledge will be taken off, tribulations will raise their head, miserliness will enter the hearts, and Haraj will become common. When asked what Haraj is, the Prophet (SAW) said, it is bloodshed.’” (Bukhari and Muslim).