Teachings of Quran And Hadith on Rights of Travellers: Are Muslims following them?

The rights of the travellers were stressed by the Quran because during the time the Quran was revealed, travelling was not a luxury like it is today. The rich used horses or camels as a means of transportation but the common people had to travel on foot. They had to walk hundreds or thousands of miles on foot through difficult terrains, sometimes passing through forests or deserts for trade, education or other personal purposes. Robbers and beasts posed a serious threat to their life and property. Finding food or water during the journey was also a serious problem. Therefore, the holy Quran did not ignore the plight of travellers. It enjoined on the Muslims to help and take care of the travellers as they were enjoined to help and take care of the orphans, the poor and the neighbours. The Quran says:

"They ask you what to spend, tell them to spend their wealth on their parents, on relatives, on orphans, on the needy and on the travellers."(Al Baqarah:215)

"Give the relatives, the needy and the travellers their due”. (Bani Israil:26) 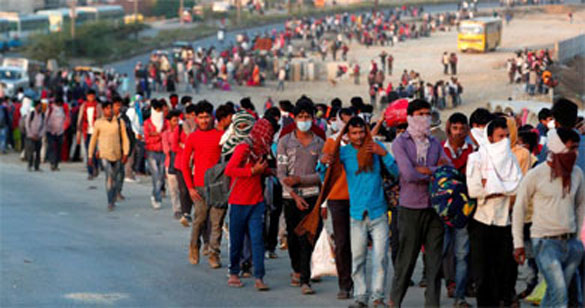 Migrant workers walk towards a bus station along a highway with their families on the outskirts of New Delhi, March 29, 2020. | REUTERS/Adnan Abidi 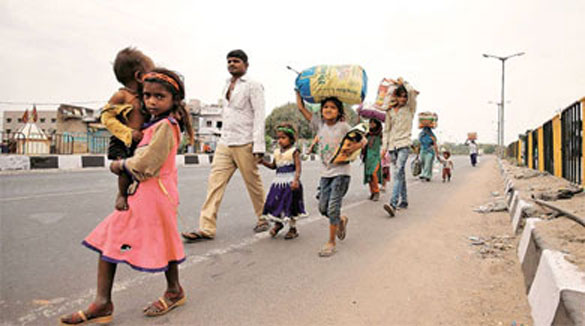 In the present situation in the country when migrant workers are travelling thousands of miles with their families on foot without food and water, the teachings of the Quran and Hadiths assume relevance and greater significance. The teachings remind Muslims of their social and religious duty to help the hapless migrant workers with water, food and shelter and help them reach their homes safely. The Quran and Hadith do not discriminate travellers on the basis of religion. Muslims should extend help to every traveller who is in need. Ignoring their plight while being in a position to help will be a great sin.

It's heartening that the Muslim community has kept in mind the teachings of the Quran and Hadith on the rights of travellers and have come forward with help for them with whatever resources were available with them. They have provided food, water and fruits to the migrant workers on the way. However, they should help them in a more organised manner and with a greater zeal. This is the best time to prove that "they are the best people brought for mankind."