Members from the Centre for Peace and Spirituality (CPS) were invited to address students of theology at Vidyajyoti College of Theology, New Delhi on September 5, 2014. Of the four-member team, Rajat Malhotra spoke on the Al-Risala and CPS Movement, Sadia Khan spoke on Jihad in Islam, Maria Khan spoke on Understanding Religion from the Islamic Perspective, and Sufia Khan spoke on Islam and Peace. The talks were followed by a question and answer session. Victor Edwin SJ, the course director of the module “Popular Islam” invited CPS and made all arrangements. 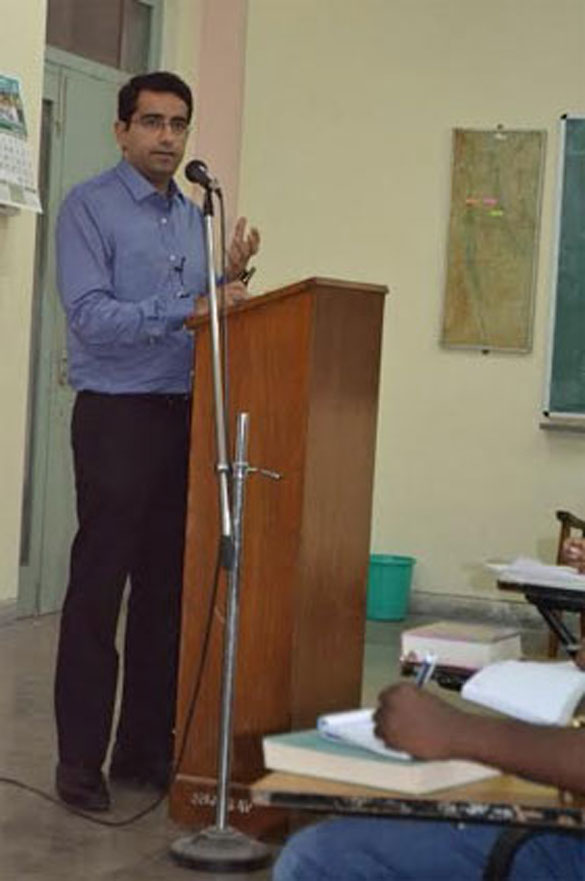 CPS is an organization founded by Maulana Wahiduddin Khan. Mr. Rajat Malhotra initiated the conversation by giving an introduction of the founder of their organization and his thoughts. Maulana Wahiduddin is an Islamic spiritual scholar. Born in 1925, Wahiduddin Khan is a graduate of Madrasatul Islah, the Islamic seminary at Azamgarh. As a result of his quest and resulting research, he became well versed in both classical Islamic learning and modern science. Maulana has presented to the world the true face of Islam, based as it is on peace, tolerance and co-existence. He dispels the notion that Islam is a religion of violence, a notion that has gained currency in the present times, because of Islam being misrepresented. Through his decades-long efforts Kashmir Valley has seen a remarkable decrease in militancy. Influenced by Maulana’s writings, the Kashmiri youth who used to pelt stones at the Indian Army have taken a complete U-turn. These same youth have now become well-wishers and present peaceful literature to the Indian Army.

Wahiduddin Khan has been writing for over five decades. Various other seminal writings of Maulana Khan include his work on Islamic intellectual theory about the existence of God, al-Islam yatahadda, (published as God Arises in English) which became popular after its adoption in the curriculum of some major universities in the Arab world. His most recent book, The Prophet of Peace, published by Penguin in 2009, illuminates the Islamic view on modernity, secularism, democracy, freedom of speech and peace. Maulana’s English translation of the Quran, first published in 2009, was reviewed by The Times of India in these words: “Simple and direct, the book reaches out to a large audience.” Maulana’s monthly magazine Al-Risala has done much to make people understand the peaceful face of Islam and to promote positive thinking among Muslims. Maulana’s English monthly magazine, The Spirit of Islam, is published from Bangalore. 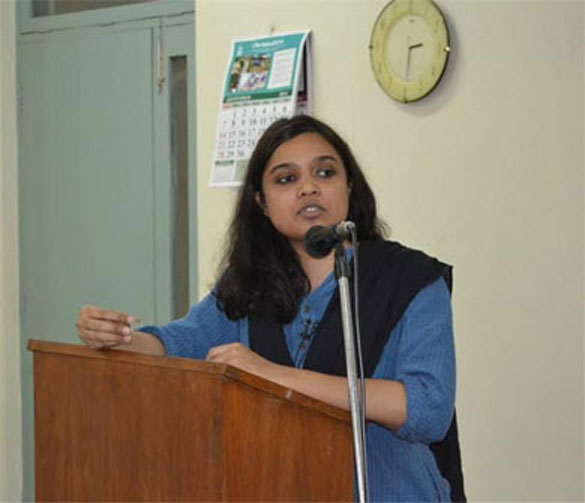 Jihad being a subject of intense debate in present times, Sadia Khan’s presentation on Jihad in Islam cleared many facts. The Quran exhorts believers to “strive for the cause of God as it behoves you to strive for it.” (22:78) This earnest struggle is expressed in Arabic by the word “jihad”, which is derived from the root “Juhd”, which means to strive, to struggle, that is, to exert oneself to the utmost to achieve one’s goal.

Jihad in Islam, Sadia explained, is the spiritual struggle within a believer in order to become God-conscious. It continues throughout the life of a believer. According to Islam, every person in this world is on test. Any situation, pleasant or unpleasant, that he is faced with is meant as a test for man. It is required of a person to steadfastly adhere to the principles of justice, honesty, accountability in whatever he is faced with in life. This is the true spirit of jihad.

If jihad connotes inner striving, then what about those activities which use the same word to indulge in violence? Since the early Muslims had to strive hard during wars with aggressors, these wars came, in an extended sense, to be called jihad. The actual word for such a war in Arabic is Qital, not jihad. When the Quran refers to war or fighting, it uses the word “Qital” and not jihad. War, in Islam, however, is not the prerogative of the individual but of an established government. There is no room for non-state warfare in Islam. Also, war in Islam is for defensive purposes alone, when the option of peace and negotiations has failed.

Explaining the purpose of life according to Islam, I said that the goal Islam gives to an individual is the building of the human personality on divine foundations, that is, on the principles of tolerance, avoidance, peace, humility, gratefulness to God in all that one goes through in life. The teachings of Islam are aimed at transforming an individual. The aim of Islam is not the establishment of a system or government. Rather, the aim of Islam is to reform an individual. All the commandments of Islam are aimed at developing this noble character, so that in the afterlife this developed personality can be settled in the eternal abode of Paradise. 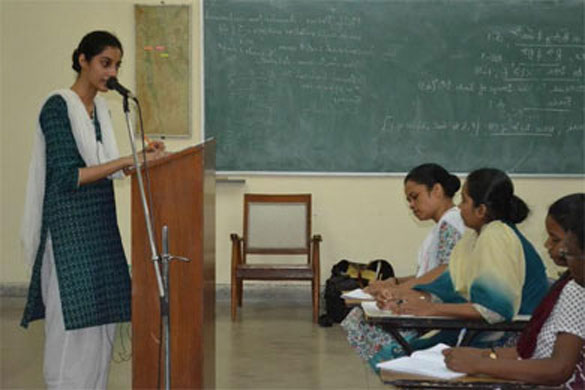 In her address on Islam and Peace, Sufia Khan said that peace was integral to the religion of Islam. All Islamic teachings are based, directly or indirectly, on the principle of peace. The very word Islam is derived from the Arabic root word “silm”, which means peace. The Prophet of Islam has said: “Do not wish for confrontation with your opponent. Instead, always ask for peace from God.”

Why Islam lays supreme importance on peace is because the goal of Islam is to spread the word of God to all mankind. According to Islamic tradition, God sent His prophets in the ages to convey the truth to human beings. The mission of the Prophet Muhammad was therefore ideological in nature. A mission that invites people to the path of God cannot be carried on in the midst of violent confrontation. This is because war or violence destroys the atmosphere essential for reforming people’s thinking. Therefore, it can be said that peaceful conditions promote an atmosphere which is favourable to the mission of Islam whereas violent conditions produce an atmosphere that is unfavourable to Islam. Islam commands its followers to establish peace at all costs because peace is essential to all human progress.

Many questions were raised during the interaction that followed the talks. In the light of the atrocities being committed by the Islamic State of Iraq and Syria, one of the students enquired whether CPS had issued any statement in this regard. Mr. Rajat replied that in one of his recent lectures the Maulana condemned ISIS’s activities as being wholly un-Islamic. The first four caliphs of Islam, whose period is considered as authentic in Islamic history, were referred to as Amir ul-Momineen, that is, commander of the believers. The word “Khalifa” or caliph came into use after the period of these four caliphs, that is, during the rule of the Umayyad dynasty. The Umayyads’ was a dynastic rule and to justify it they started to call their reign as Khilafat or caliphate. Therefore, the concept of caliphate was not found in early Islamic history. In relation to jihad a student asked whether war is allowed when Islam is in danger. Sadia clarified that war in Islam is permitted only in defence, that is, only when a state is attacked can it enter into battle to defend itself. War is not allowed on any other pretext. Moreover, Islam is an ideology and preserving an ideology does not require waging a battle. 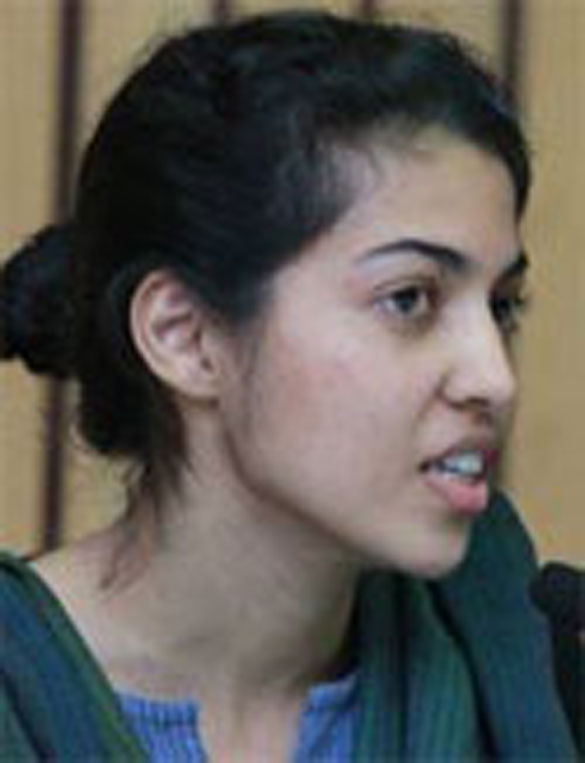 Another student asked whether in Islam men are held superior to women. To this Maria Khan replied that the Quran is the authentic source of Islam, and no verse in it speaks of such superiority. On the other hand, the Quran says: “Men and women are members one of another.” (3:195). The Prophet of Islam has stated: “Men and women are two equal halves of a single unit.” Mr. Rajat cited the example of Ayesha, the Prophet’s wife and said that she is considered most learned among the Companions of the Prophet. Many of her sayings have been recorded in the books of the traditions of the Prophet and are regarded as a very valuable source for understanding the Prophet’s teachings.

It was emphasized that Islamic teaching should be differentiated from Muslim practice; the latter should be judged in the light of the former and not vice versa.