'More They Blaspheme, More They Praise God' Said Eckhart And We Can Assert This About Blaspheming The Prophet

Who doesn’t appreciate being appreciated? Indeed we die for want of appreciation as Heschel has noted. Our task is become praiseworthy (as distinguished from seeking praise as Aquinas noted) and to praise and praise what is praiseworthy. The desire for appreciation/praise expresses itself in countless ways including desire to be loved that is so universal or pursuit of excellence and being worthy of praise.

The deepest motive for creation is God’s desire to be appreciated in the mirror of universe and the very first words of the Quran declare praise to Him. The essence of prayer is gratitude that follows from appreciation of the gift of life.

Theology can be expressed in terms of the grammar of appreciation. It is in this light that we need to greet path-breaking Jehan-e-hamd-o-na’t published by Na’t Academy Jammu & Kashmir and edited by Prof. Jowhar Qudusi who has devoted his research career to this genre. We Kashmiris and the Urdu speaking world owe him and his team gratitude for this treasure.

Now we have, under the supervision of Prof. Margoob Banihali, a journal devoted to na’t. Here I try to sum up the deeper meaning of Na’t that in turn explains need for such works and their central theses.

The meaning of life is praise for life and if we can’t praise it, we confront despair and suicide. The basic difference between believer and non-believer is, as Iqbal noted, in affirmation or rejection of love. 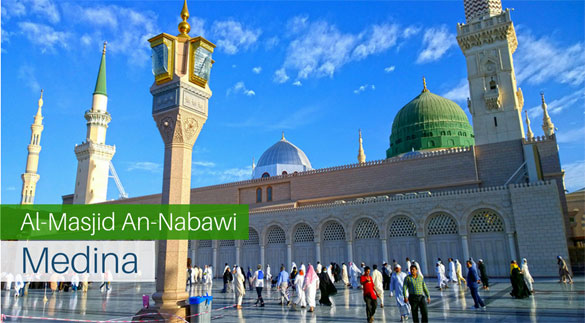 And love in turn presupposes attractiveness or praiseworthiness of the object of love. The meaning of life is Life itself and this we denote by the terms reserved for the Principle of Manifestation, the Logos, Indwelling Life, Haqqeeqati Muhamiidaya.

Humans are ceaselessly involved in celebrating life or offering durood to the Principle of Unveiling of Life. The believers love the Prophet (SAW) more than themselves because he is the ideality of self or primordial divine image in which man is created.

Our task as humans is to keep pursuing excellence. Humans excel one another in the gift of praise of what is worthy of praise. The measure of our real success in life is how excellent is our praise for the Praised one and the envoy of the One for whom alone al praise is due.

This volume discusses almost everything important in the traditions of Hamd and Na’t and may be described as almost encyclopaedic in scope. I wish Na’t academy prepares encyclopaedia of Urdu, Kashmiri Hamd/Na’t.

Controversial issues such as failure to observe due attention to spiritual hierarchy or adab and non-orthodoxy of certain verses in major poets such as Iqbal, not to speak of lesser mortals, mixing of boundaries of Hamd, Na’t and mankabt, are also discussed in detail. It clarifies numerous questions including those dealing with definitions, history, contributions of non-Muslims to Na’t, formalization and mystical, philosophical, theological and other dimensions of Hamd/Na’t etc.

What connects and in many ways unites hamd and na’t – and cognizance of which dispels key anxieties of those who fear the cardinal sin of association of partners with God – is celebration of praiseworthiness of Life and positivity of manifestation. If we pay attention to the ontology of messengerhood, we would appreciate how hamd, na’t and mankabat can’t be distinguished in absolute terms and how the key notion of light of Muhammad informs all of them.

God in His essence is not known and thus not praised but is praised only thanks to the attributes or the unveiling of His riches in the world of manifestation. God is praised to the extent the Messenger makes him known.

Read in light of doctrines of Ibn Arabi and classical Seerah works such as Ash Shifa by Qadi Iyad and multivolume works of Tahir ul Qadri and Imam Muhammad bin Ismail Nabhani, we may note the following points for better appreciation of various issues raised in the volume under discussion.

• “This age is the age of na’t, the age of the Prophet.” The fact that so much is written in the name of na’t today shows our age has its own blessings and paves way or unfolds coming golden age as is implied in traditional accounts of end times.

• Better than seeking to show separate category of na’t poetry and then lament its absence in particular periods, it would be more fruitful to see all great poetry as a species of na’t. Poetry is a window to the Sacred and as such it consecrates.

• Given the Prophet (SAW) is understood as the Perfect Man who in turn mirrors or is a locus of manifestation of divine attributes and there is great convergence in many important names of God and the Prophet and we know the Messenger as an Envoy of Absolute and it is God Himself who blesses life or praises the Prophet, we can’t write na’t as it should be written (we can’t excel God’s praise of Muhammad as Ghalib noted) or must ceaselessly perfect this art.

• The argument that na’t by non-Muslims is not real love as otherwise they would have embraced Islam isn’t convincing. We can’t explain away or dismiss the passion and conviction and to that extent saving power of such verses as the following from non-Muslim poet Shad.

• The problem of singing Qawwali being against Shariah needs to be revisited as the place of certain forms of music in Islamic tradition is secure, criticisms of certain legists notwithstanding.

• If we want to understand the central importance of poetry of praise in Islamicate cultures, we need to understand metaphysical foundations of praise as explicated in Ibn Arabi. “And [Muhammad] has no banner but [the one of] Praise, that being the returning of all the ultimate ends of commendation to God, as in His saying, ‘Praise belongs to God’ (al-hamdu li-l-Lāh) and to no other! [For] in the [whole] world there is positively no expression (lafz) that does not give some evidence of commendation – I mean a fair commendation – although the source to which it is attributed is [only] God.”

• Na’t gives us access to the world of spirit or peace in the repose of being. It is available to all humans and given God is the Wudood and the Irresistible He can’t fail to find us in the circle of those who praise Muhammad (SAW).

“The more they blaspheme, the more they praise God” said Eckhart and we can assert this about blaspheming the Prophet. The Prophet (SAW) can’t be mocked. Only the one who mocks is mocked. How can the Mehmood – the very ground/object of praise – be reviled? One can only imagine mocking him.

• Iqbal, on whom many pages are written in this volume, was rooted in Sufi metaphysics. He helps explain the Persian saying stating one must beware of Prophet though may take liberty with God. (…Ba Muhammad Hushyar).

He has said many astounding things that should silence many a theological critic of na’t. He said all the roads lead to the Prophet and that all are really searching for Him. The universe and history are not explicable except in terms of movement of love towards him.

Loyalty to Muhammad secures one access to Loh-O-Qalm. All these claims if approached with exoteric theology may appear dangerously close to associating partners in God’s power.

To be human is to cultivate relationships and gratitude for the gift of being and this is also the essence of faith. Awe (proper rendering of taqwa) as distinguished from fear of God is the primary response towards the fascinating world and its author and it too is associated with praise of what one encounters.

The fruit of faith is celebration of life as a carnival of joy. For understanding how the Prophets brought glad tidings that na’t tradition especially attests to, note that religion itself is joyful news and a method to bring joy.

The world is divided into two camps those who know Muhammad and those who don’t know. We awake daily thanks to the Light of Muhammad that shines in the sun and in the smiles of the dear ones that sustain us. Everyone who affirms faith in life, freedom, love and compassion has implicitly affirmed Muhammad.

One can’t comment on most chapters of this volume for paucity of space. However, it is better to visit this Garden of Spirit that vivifies. A collection of na’t should be present in every house that claims to be educated and Muslim. I hope we are regularly greeted by newer volumes.

Reading the Messenger’s life and work and understanding metaphysical aspect of Messenger and Revelation as intellection for the masses and appreciating the best of philosophers and poets on the value of affirming this life and world as a gift mediated by Haqeeqat-i-Muhammadiya and underscoring how much we owe to those who idealize Muhammad (SAW) and what the Perfect Man and his depths and heights mean for such towering intellects as Ibn Arabi and Rumi and galaxy of sages and na’t writers, one sees how our age is the age of Muhammad and the age of na’t.

Name any great thinker who has failed to implicitly or explicitly affirm Muhammad. All poets sing his glory and beauty if we appreciate the inalienable connection of poetry with wisdom and the function of the Prophet as teaching hikmah and content of hikma as universal moral-metaphysical heritage of all cultures.

May the blasphemer know what he blasphemes against when it is the question of the Praised One – the Principle of Manifestation or Pole of Existence which makes possible the Universe and Life. We can’t blaspheme against the universe. One can’t spit at the sun or oneself. It is to the Prophet of Islam that we owe a more liberal world where freedom and equality are treasured. Na’t is the genre to which poets of other creeds have contributed and we can see Muhammad (SAW) at the centre of both secular and spiritual history. By virtue of representing both Totality and Equilibrium, all humans are required to take note of this for their own individuation. The destiny of the world depends on our response and view of Muhammad (SAW).

Original Headline: Understanding Our Age as the Age of Muhammad (SAW)