Appreciating the Flexibility of Sharia Law: Islamic Legal Maxims Of ‘Emergencies Permit the Unlawful’ And ‘Harm Must Be Eliminated’ 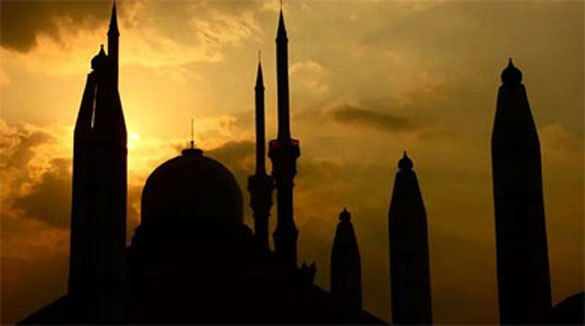 Due to the worsening situation of COVID-19, mosques around the world for the first time – en masse – have been shuttered as a safety measure. This closure was based on the principles of Sharia law. In essence, the flexibility of the Sharia law needs to be appreciated as a means which provides concessions for Muslims in times of difficulties.

With the current death toll from COVID-19 exceeding 90,000 and more than 1.6 million infected cases confirmed, mosques worldwide have taken steps to curb the spreading of the virus. For weeks now, many countries are in lockdown and mosques around the world have closed its doors to its congregants. The task at hand is to reduce the risk and break the cycle of community transmission of COVID-19 through mosque clusters.

The decision to close mosques by Islamic authorities and Muslim scholars was derived from fundamental principles of the Sharia law which posits the preservation of human life as top priority. Indeed, Muslim scholars affirm that one of the key objectives of Sharia law is the preservation of life. As such, it asserts Islam’s position is that human safety takes top priority in times of adverse effect that threaten lives. The nature of the COVID-19 virus, which is highly infectious and potentially deadly, is seen as such a threat to human lives.

Deploying the Islamic legal maxims of, “emergencies permit the unlawful” and “harm must be eliminated”, the ruling ascertained that it is therefore permissible for Muslim men to forego the obligatory Friday prayers as it involves large gathering of people at the same time. Despite a small number of dissenting worshippers, Muslim communities ranging from Malaysia to Saudi Arabia, from Britain to Morocco have curtailed access to mosques.

On 11 March 2020, the World Health Organisation has declared COVID-19 outbreak as pandemic. Medical experts opined that COVID-19 risk of infection is high especially in large gathering such as Friday prayers. A simple handshake, that Muslims are accustomed to when meeting with one another, can also easily transmit the virus. Muslims therefore are trying to adapt to new social norms including not attending mosque congregation.

Prophetic traditions provide examples, in times of plaque or outbreak, those who are well to avoid close contact with individuals who have been afflicted with infectious disease. Prophet distant himself and avoid meeting a person that was suffering from leprosy. These have been core argument by Muslim scholars to deduce that taking precautionary and preventive measures are preferred than having to seek cure or treatment.

Many Muslim scholars have called for the closure of mosques citing the reason that praying at mosques under difficult situation such as pandemic outbreak, is not a religious necessity as long as Muslims can perform their obligatory prayers at home. Scholars have issued fatwa (religious edicts) that serves as a guide for Muslims during the COVID-19 outbreak.

The Council of Senior Scholars of Al-Azhar, headed by the Grand Imam of Sheikh Ahmed el-Tayeb, issued a fatwa for the suspensions of Friday prayers at mosques including regular congregational prayers. The council stated that the call for prayer would include the phrase “pray in your homes” to inform Muslims that there will be no prayer held at mosques.

Shaykh Al-Yaqoubi, a Syrian scholar, mentioned that Muslims are not obliged to pray Friday prayers due to the COVID-19 situation and urged to pray at home. He explained that Islam prioritizes the prevention of harm rather than competing the need to acquire benefit.

The Australian National Imam Council issued a fatwa urging Muslims to fulfill their obligatory prayers at home rather than at the mosques. Accordingly, the council advised Muslims to follow all directives given by experts and health officials in dealing with the virus such as social distancing and exercise hygiene practices.

The Fatwa Committee of the Islamic Religious Council of Singapore is of the view that “if there is a wider spread of the COVID-19 virus and the situation becomes more critical which would require the closure of public places, including houses of worship such as mosques, or if there is a need for public access to public places such as mosques to be restricted, this will be considered as an emergency situation.” To date, the Fatwa Committee maintains the view that the closing of mosques or the suspension of congregational prayers during this evolving situation, is an emergency and thus required.

The formulation of the fatwa on mosque closure highlights the need for religious scholars to be proactive and to work hand-in-hand with authorities to make decisions that are timely, accurate yet in alignment with religious principles.

The nature of Sharia has been indiscriminately abused some Muslims including Islamist groups, such that the image of its flexibility and leniency has been so much impacted that even Muslims are guilty of associating Sharia with rigidity and severity.The point that is often missed is that the Sharia is not a static set of rules that is devoid of flexibility.

On the contrary, flexibility is one of the defining characteristics of Sharia. Through the process of ijtihad (deriving new rules from Islamic principles), Muslim jurists throughout Islamic legal history have codified legal theories and established a plethora of methodologies to suit the context and challenges in their times.

Over time, these theories accumulate towards a treasure trove of guidelines for future jurists to establish the scope of flexibility and adaptability. This very feature has enabled Sharia rulings to remain applicable and adjustable according to context and accommodated in every time and space, dealing with society’s development and in unprecedented situations.

While providing Muslims with practical and appropriate guidance, Islamic authorities and Muslim scholars are guided by its principles. There is no better example for this than the permission to eat pork should a Muslim ever find themselves in a situation whereby they have to choose dying or eating pork as the guiding principle of life preservation takes precedence over the prohibition to consume pork.

The adaptability of Sharia is probably its greatest strength and symbol of a living religion. The fatwa on mosque closure is just one example of how Sharia law is not cast in stone and is able to adapt itself in changing times and situation. By adopting this approach towards Sharia, an authentic, moderate, tolerant and contemporary Islam can provide solutions not just to the problems that Muslims are facing today, but also in the future.

Original Headline: COVID-19 And The Closure Of Mosques: Appreciating The Flexibility Of Sharia Law