Whirling Dervishes At The Rumi Festival In Konya – A Photo Essay

By Kashfi Halford and Matt Fidler

Since the death of Jalaluddin Rumi in 1273, the Mevlevi order has commemorated his life. Kashfi Halford captures the celebrations and performances all over the Turkish city during the 10-day festival

The 13th-century Sufi poet Jalaluddin Rumi (Mevlâna) is all but considered a saint. One of the world’s great mystic philosophers, his poetry and religious writings are among the most beloved and respected in Islam and well beyond.

In a time of increasing tension in the region the festival is a beacon of hope for culture and freedom. Rumi was a scholar, who taught peace, love and tolerance, and eventually gained a large following.

"Come, come, whoever you are. Wanderer, worshipper, lover of leaving. It doesn't matter. Ours is not a caravan of despair." 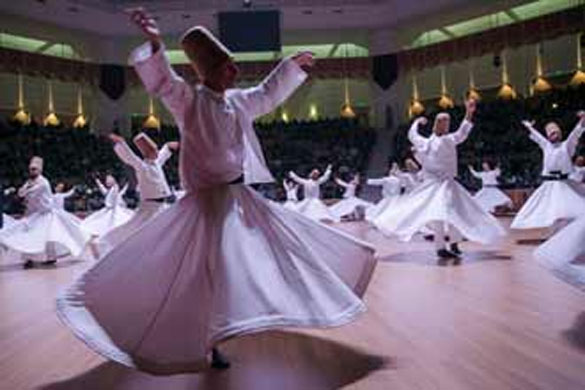 Only a few hundred miles from the borders of war-torn Syria, the festival in the Anatolian city of Konya brings together over a million people from all over the world to celebrate Rumi’s work, his life and ultimately his death – also known as his union with god. The day of his death is referred to as his wedding night. 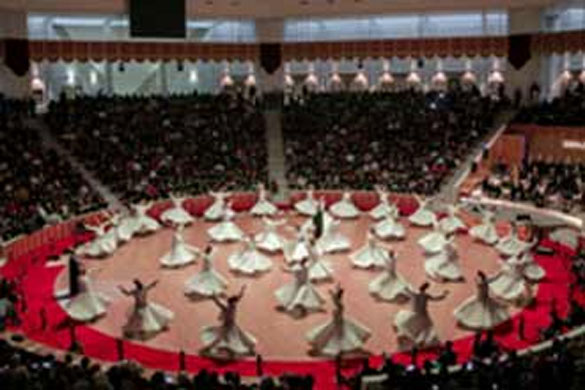 Sema is the inspiration of Rumi as well as a part of Turkish custom, history, beliefs and culture. The Sema ceremony represents a mystical journey of man's spiritual ascent through mind and love to perfection.

The whirling dervishes prepare for the Sema ceremony. The headdress represents the ego's tombstone, the white skirt the ego's shroud. 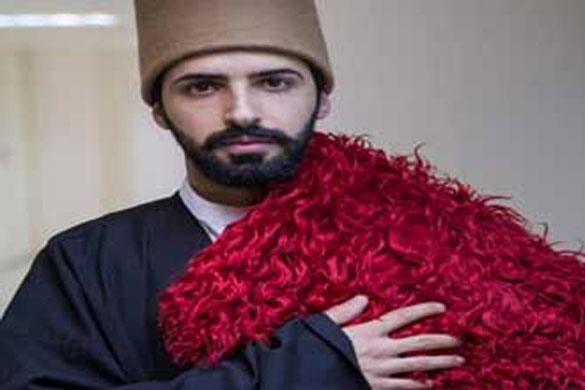 "I am a third-generation whirling dervish. I have been whirling since I was 14 years old. Mevlâna is a great poet and scholar who brought light to humanity. The Mathnawi books are not just for Muslims, they are for everyone and they take you on a voyage into your heart." 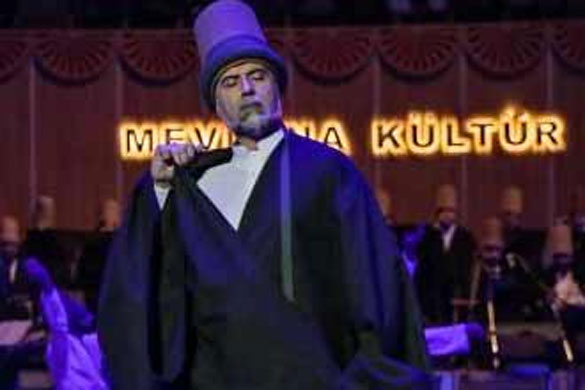 Fahri Ozcakil, the Dede – or head – of the whirling Dervishes and father of Mithat, gently turning in the centre of the other whirling dervishes 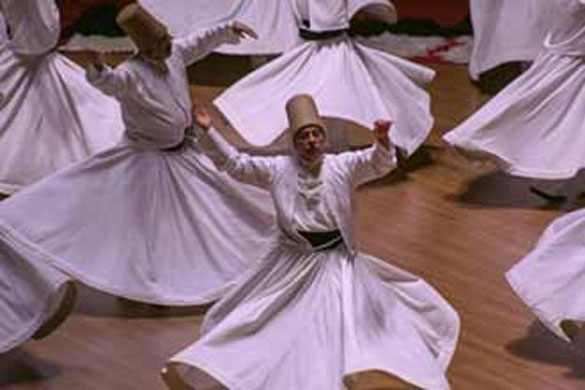 The dervish is spiritually born to the truth: by removing the black cloak, he advances to spiritual maturity through the stages of the Sema. 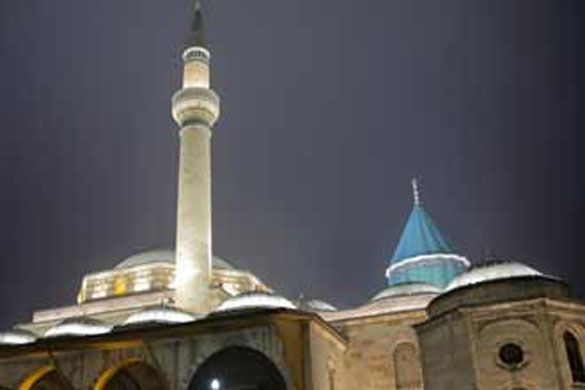 The decree of 6 April 1926 confirmed that the mausoleum and the dervish lodge (Dergah) were to be turned into a museum. The museum opened on 2 March 1927. In 1954 it was renamed Mevlâna Museum. 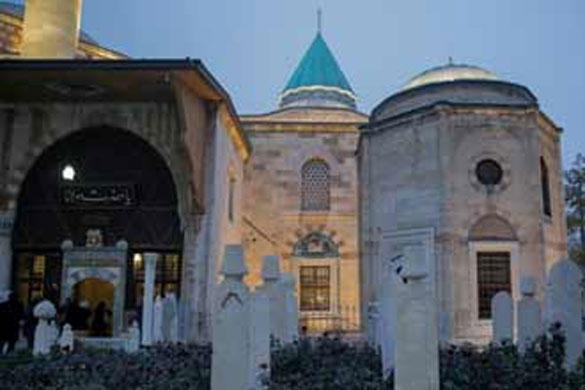 The sarcophagus of Mevlâna is located under the green dome, or Kibab'ulaktab. It is covered with brocade, embroidered in gold with verses from the Koran. This, and all other covers, was a gift from Sultan Abdul Hamid II in 1894. 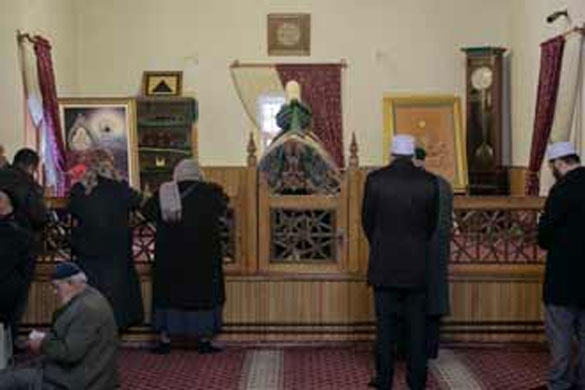 The actual burial chamber is located below the dome. Next to Mevlâna's sarcophagus are several others, including the sarcophagi of his father Bahaeddin Veled and his son Sultan Veled.

The tomb of Shams-i-Tabrizi, Mevlâna's most important teacher, which is visited almost as much as Mevlâna's tomb.

After the Sema people come together at one of the many Dargahs in Konya to do Zikrs and sing, people from many different countries gather here. 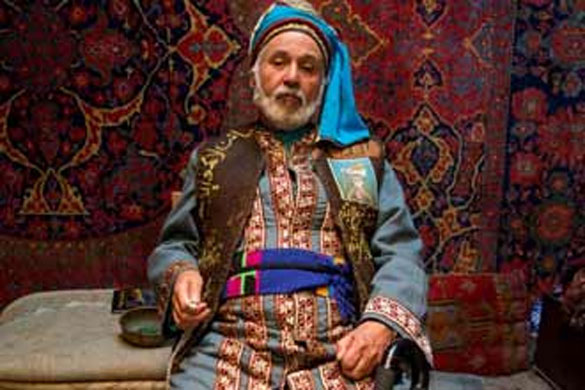 "I am a descendent of Rumi from my mother's side. I have studied all different religions and they all have the same meditation." 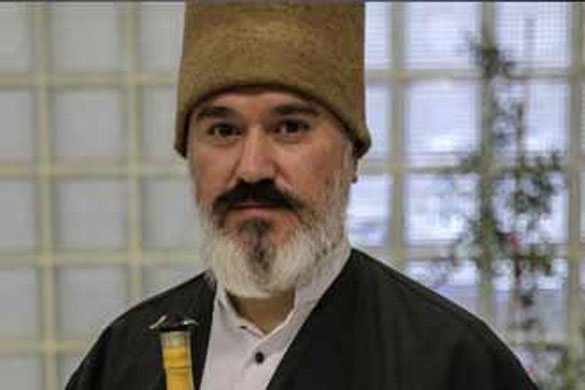 Suleyman Yardam, a famous Ney player who performed in the Sema ceremony. 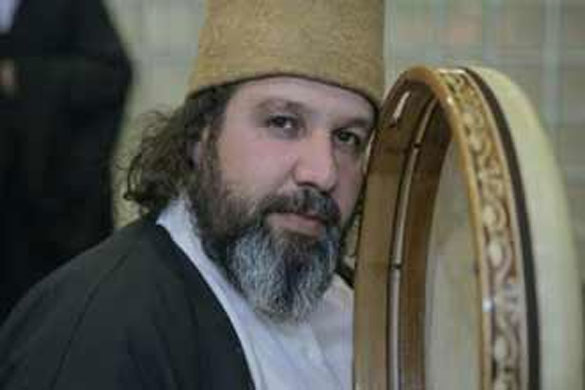 Suat Orhan, one of the musicians who played in the Sema ceremony.

"I've come to find myself, my nature. I'm not just this, I am something more. I should be closer to my reality. All of us have God inside and I want to be closer to him." 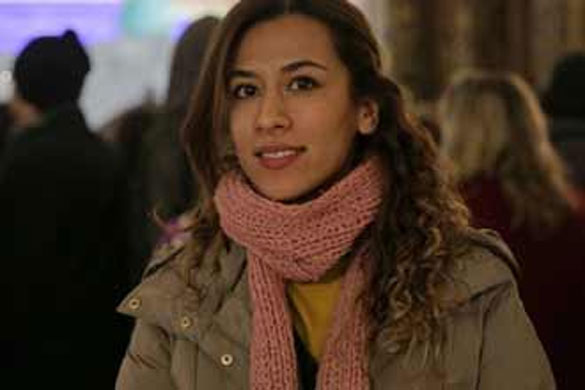 "We flew in from Istanbul and are interested to see the Sema ceremony." 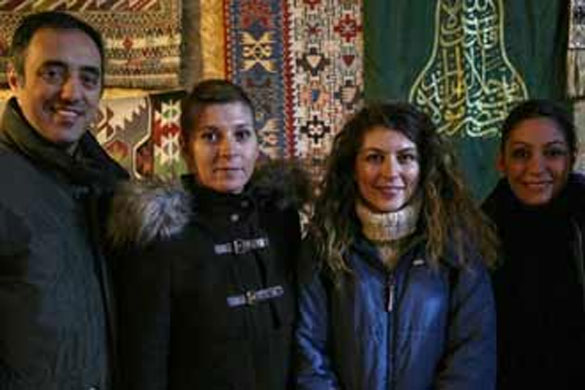 "Mevlâna is the most important philosopher on the subject of love" 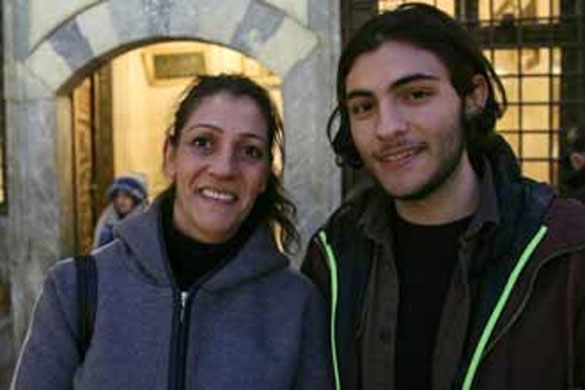 Gorkem and Feyzan, mother and son from northern Cyprus.

On the final night of the festival, the Rumi ceremony takes place at a different venue, and the Seb-i Arus or wedding night ritual is attended by dignitaries. 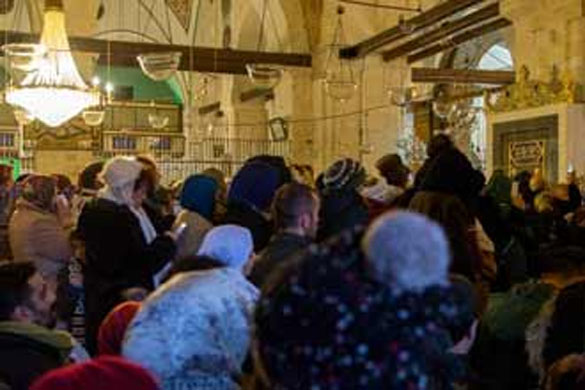 TV cameras and international media are there to cover the closing of the event.

Hundreds of people gather at the site of Rumi's tomb to pray.

"Rumi is important to us because he is the symbol of love and truth. Everyone needs to come here to reach completion of love."

The Ziaei family from Iran