What is the Significance of Ilm al-Tazkiyyah, Science of Self-Purification in Islam?

1.    One of the five tasks of the Prophethood specified by Allah Almighty is self-purification.

2.    The Sufi purification focuses on reducing the lowly desires of the Nafs, breaking its rule over the body and replacing it with the dominion of the spirit.

3.    Islam advocates moderation in all states and acts and forbids exaggeration in any form.

4.    When one does not damage anyone, is never offended by anyone, and always puts the Lord's joy above everything else, this is a sign of good self-purification. 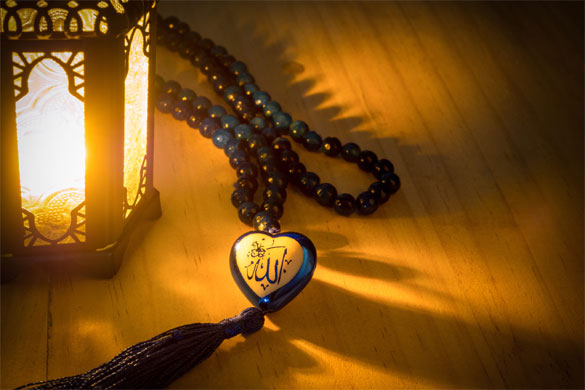 One of the five tasks of the Prophethood of the Holy Prophet (peace and blessings of Allah be upon him) specified by Allah Almighty is self-purification. Self-purification in the spiritual context of Islam means removing the natural dominance of evil in the human soul and purifying it from the pollutions and impurities of sins that hinder spiritual growth. Self-purification is the process of overcoming all of these wicked desires both externally and inside.

Commenting on the verse above, the commentators of the Quran have explained that the reciting of Qur'anic verses and the teaching of the Qur'an, as well as the teaching of wisdom and the mysteries of the cosmos, are topics related to the outer norms and acts of Sharia, whereas the cleansing of the soul is tied to the inward spiritual training. Self-purification is the word to denote this spiritual training that reforms men both outwardly and inwardly.

In the verse above, the divine words “teaching you that which you did not know” indicate that there are some mysteries and secrets beyond the outward teachings and knowledge of the Qur'an. Ilmu Ladunni, Ilmul Marifat, and Ilmul Haqiqat are the names of these teachings. The Quranic phrase ‘Wa Allamnaahu Min Ladunna Ilman’ (Urdu, Ilme Ladunni) refers to knowledge that comes directly from Allah into the hearts of the Prophets and saints. lmul Marifat is mystical intuitive knowledge of spiritual truth gained via ecstatic experiences in accordance with the texts of the Quran and Sunnah. Ilm-ul-Haqiqat literally translates to “Truth Knowledge.” So these were the mysterious disciplines that no one had ever heard of before. But it was also Prophethood's responsibility to reveal these spiritual sciences and cognitions to truth mystics.

Ilmu Ladunni and Ilmul Haqiqat are two terms used in the Qur'an to express the spiritual understanding that allows a person to gain knowledge and understanding of his Lord. “Wa Allamnaahu Min Ladunna Ilman,” says Almighty Allah, “to whom We had bestowed knowledge [of inspiration and mysteries originating] from Ourselves.” (18:65). Ilmu Ladunni and Ilmul Haqiqat are the names given to this knowledge.

God Almighty says, “He has certainly succeeded who purifies himself” (87:14).

He Almighty also says, “He has succeeded who purifies it, And he has failed who instils it [with corruption].” (91:9-10)

Self-purification is an outstanding achievement for which God Almighty has honoured and awarded His slaves. A successful self-purification process increases a believer's faith by purifying him of unbelief, ignorance, evil ideas, erroneous convictions, and immorality. This process culminates in the installation of positive religious and moral traits in the Nafs [a believing soul], such as sound belief, knowledge, gnosis, wisdom, and spirituality.

The Sufi purification focuses on reducing the lowly desires of the Nafs, breaking its rule over the body and replacing it with the dominion of the spirit. This can only happen via abstinence practises that develop the willpower against the lower self, which entails strong self-discipline in the areas of food, sleep, and speech. Sufism offers the means for training the soul through three interwoven concepts: Qillatu't-Taam (little food), Qillatu'l-Manam (little sleep), and Qillatu'l-Kalam (little speech).

These commandments are the first stages in gaining spiritual power over the Nafs. It is also important to remember that a wayfarer should not overdo the application of these guidelines. Because the Almighty has entrusted us with our bodies, we must remember the importance of treating them with respect.

To put it another way, while purifying the lower self, a servant should avoid excess in any direction. He should not overdo spiritual activities in the name of ultimate self-control, because Islam advocates moderation in all states and acts and forbids exaggeration in any form. Furthermore, religion does neither need nor allow for the complete abolition of the self. Instead, a believer must purify himself by taming and training his will so that it obeys Divine precepts.

Purification, as well as the teachings of the Book and Wisdom, is mentioned in the Quranic verses. This fact suggests that persons with un-purified Nafs are unable to obtain an actual understanding of things, particularly the Quran. Even if they have a small amount of knowledge, it will be of no use to them. Because wisdom and knowledge are so valuable that they don't live in ordinary places. All forms of worthless and dangerous grimes must be cleansed from a heart that is designed to become a home for knowledge and wisdom. As a result, prophets delivered Divine signs first and then cleansed the hearts of those to whom they had delivered the signs. Prophets only taught the Book and Wisdom to people who had completed the process of spiritual purification. Only those who had cleaned their hearts in the manner described could gradually unlock the secrets of the universe. Those with such spirits even became wellsprings of wisdom in their own right.

The sign of a successful self-purification is when one starts performing acts of worship in the proper ways and doing all his good deeds only for the pleasure of Lord Almighty. as a result, his heart becomes sound and healthy, focusing on three characteristics: (1) he does not harm anyone, (2) he is never offended by anyone, and (3) he always prioritises the Lord's joy above everything else.