Mercy Is One of Allah Almighty’s Most Significant Attributes. Both "Al-Rahman" And "Al-Rahim" Are Expressions to Allude To the Same Attribute in Allah's Lovely Names

1.    The Prophet (peace be upon him) said in one hadith that Allah Almighty said, "My mercy prevails over my wrath.

2.    According to an event, the Divine Court accepted the practice of feeding ink to a thirsty bee while ignoring a Muhaddis' scholastic qualifications.

3.    We need to think about how we might appeal to the Mercy of Allah and His blessings. 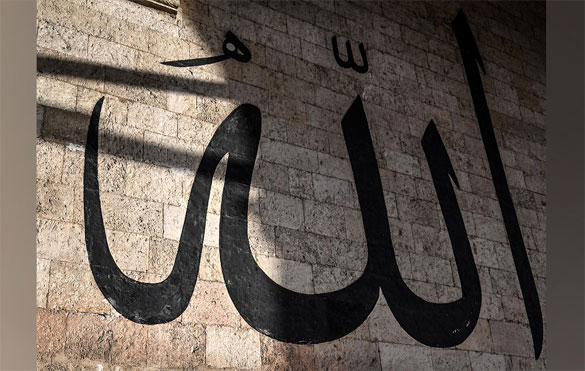 Mercy is one of Allah Almighty’s most significant attributes. Both "Al-Rahman" and "Al-Rahim" are expressions to allude to the same attribute in Allah's lovely names, and they both point to the richness, generality, continuity, and permanence of Allah's kindness.

"Surah Ar-Rahman" is a permanent surah in the Quran that has been considered an ornament of the Quran. This Surah similarly opens with the use of the word "Rahman (the Most Merciful)," and the benefits and patterns of this adjective are explained throughout the surah from beginning to conclusion. Furthermore, after describing sinners, sins, and the punishments of hell in numerous places, Allah has made it apparent that He is "Forgiving (Ghafoor)" and "Merciful (Rahim),”.

Similarly, Allah has described the depth of His mercy in numerous places of the Quran:

“And when those come to you who believe in Our verses, say, "Peace be upon you. Your Lord has decreed upon Himself mercy (Rahmat): that any of you who does wrong out of ignorance and then repents after that and corrects himself - indeed, He is Forgiving and Merciful." (6:54)

“So if they deny you, [O Muhammad], say, "Your Lord is the possessor of vast mercy (Rahmat); but His punishment cannot be repelled from the people who are criminals." (6:147)

“And decree for us in this world [that which is] good and [also] in the Hereafter; indeed, we have turned back to You." [Allah] said, "My punishment - I afflict with it whom I will, but My mercy (Rahmat) encompasses all things." So I will decree it [especially] for those who fear Me and give Zakah and those who believe in Our verses –“(7:156)

“And your Lord is the Forgiving, full of mercy. If He were to impose blame upon them for what they earned, He would have hastened for them the punishment. Rather, for them is an appointment from which they will never find an escape.” (18:58)

“Those [angels] who carry the Throne and those around it exalt [Allah] with praise of their Lord and believe in Him and ask forgiveness for those who have believed, [saying], "Our Lord, You have encompassed all things in mercy and knowledge, so forgive those who have repented and followed Your way and protect them from the punishment of Hellfire.” (40:7)

According to another hadith, Allah said, "My mercy precedes my wrath." (Sahih Muslim, 6970) 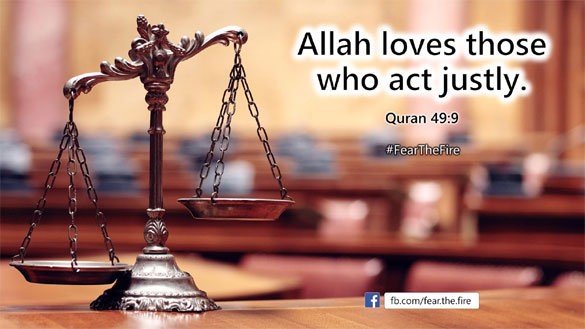 According to numerous hadiths, Allah split His Mercy into one hundred parts, keeping two for the Hereafter and sending one to this world, and the mutual affection and relationship that exists among humans, Jinns, and animals is the result of that one part of divine mercy.(Sahih Muslim 6972, 6974)

It is the manifestation of the glory of Allah's Mercy that those who have disobeyed His commands and fallen into sin are commanded to repent, seek forgiveness, and return to Him. He has pulled them out of despair and given them hope in this way. He said,

“Say, "O My servants who have transgressed against themselves [by sinning], do not despair of the mercy of Allah. Indeed, Allah forgives all sins. Indeed, it is He who is the Forgiving, the Merciful. And return [in repentance] to your Lord and submit to Him before the punishment comes upon you; then you will not be helped.” (39:53-54)

Allah's mercy seeks out the tiniest virtues of the servants or the feeling of guilt from the heart, a few drops of the eye, and the words of forgiveness. Then Allah forgives all sins and gives judgment according to His Mercy. According to various hadiths, Allah forgave a sinful woman only for watering a thirsty dog. As a result, the Prophet (peace and blessings be upon him) issued the following statement:

It is quite unwise to dismiss a good deed as insignificant and abandon it. It is extremely likely that Allah's mercy will be attracted as a result of this good deed. Giving up the virtues is a diabolical strategy of the devil, and it is exceedingly foolish to fall into this trap.

An event is narrated that there was an old Muhaddis who spent his entire life in the service of hadith, according to one account. When he died, he was visited in a dream by someone who asked him, “Hazrat! How did Allah deal with you? In response, he replied that something strange happened: we dedicated our entire lives in the service of knowledge and Hadith, teaching, writing, and preaching, and we assumed that our efforts would be rewarded, but when I appeared before Allah Almighty, Allah Almighty said something different. Allah Almighty informed me that we admired one of your deeds and that you were working on a hadith one day. When you dipped your pen in the inkpot, a hungry bee swooped down and sat on the tip of the pen, drinking the ink. You felt sympathy for this bee. You reasoned that this bee was Allah's creature, and “if it drinks this ink, then I'll work with the pen”, so you stopped your pen for a long time and did not write anything with it until the bee sat on it and sucked the ink. You did this purely for the sake of my consent, so thanks to this deed we have forgiven you, and granted you Paradise.

See! We consider that preaching, issuing fatwas, reciting Tahajjud, producing books and articles on Islam, and so on are wonderful actions, however the Divine Court accepts the practise of feeding ink to a thirsty bee, and there is no mention of other excellent works. It's worth noting that Allah forgave the Muhaddis out of compassion for Allah's creatures. If the Muhaddis had given up this activity thinking it was trivial, he would not have gained this merit.

It is unknown which deed might be really acceptable in the sight of Allah Almighty. The volume, quantity, and counting of the deeds have no worth, but the weight of the deeds does, and that weight is established by sincerity. If you do many deeds without sincerity, the number of things you do will be counted, but the reward will be zero. If, on the other hand, a minor action is carried out with sincerity, it becomes significant in the sight of God Almighty.

The fact is that Allah's mercy is unlimited. He pays for excellent deeds at least tenfold and this recompense is doubled by the proportion of sincerity, even up to seven hundred times.

We need to think about how we might appeal to the Mercy of Allah and His blessings. We can undoubtedly seek His mercy while abstaining from harmful actions, forbidden things and negligence, and seeking to please our Lord via doing good deeds and returning to Him with faith-maturity, thereby atoning for our sins. By doing so, we will undoubtedly attract the Mercy of Allah.