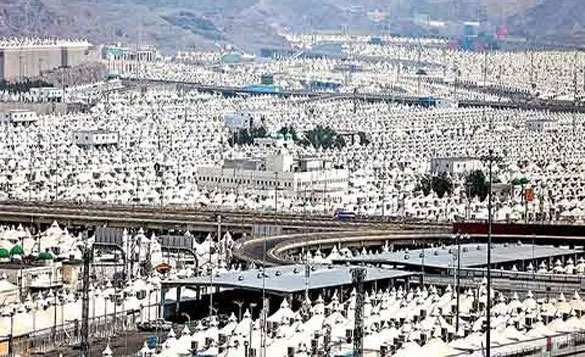 The annual season of Hajj is once again with us. Devotees proceed with all love and dedication to the sacred precincts of Haram al-Ka‘bah in whose benign and blessed shadows one is inspired with the holiest of the holy thoughts.

Ka‘bah was always meant to serve as the centre around which mankind would revolve regardless of distinctions of race, colour, language and nationality.

Ever since it was built first by the father of men (Adam AS) and later rebuilt by Abraham (AS) it served as a standing proclamation of the unity and brotherhood of mankind. This universalistic and humane sensibility existed in one form or the other at all places and in all ages with the exception of caste-ridden societies until the birth of the accursed nationalism which tore the world to pieces. It has already cost us two wars and the third one, which cannot be ruled out, may be the last and leave no trace of human race behind.

Damage control efforts, like the establishment of the late League of Nations (with its headquarters at Geneva) and its successor, the United Nations Organisation, have failed to bring about any radical change (good humanitarian work notwithstanding) because by their very nature and constitution they were meant to treat the symptoms, to remove the superficial causes of trouble and disunity which too have remained largely unattended. Unity and brotherhood of mankind was never conceived of even as a dream because people who mattered thought in terms of nations and not in terms of human race. In fact the whole civilization of which nationalism is a homogenous limb lacks the humanitarian and universal outlook. Symbolically speaking, it is a civilization without a Haram:

The tragedy of tragedies is that under the dominance of modern civilization, ahl-i Haram (the people of the Haram) themselves have got divided into nations and are busy shedding one another’s blood. Any voice that harks back to the transnational and universal call of Haram is ruthlessly supressed with the implicit and explicit support of the guardians of the civilization of which nationalism constitutes a fundamental pillar:

Original Headline: Hajj, Haram and the Unity of Mankind