Faith Breeds the All-Important ‘Will’ To Tread the Path Of Truth, Nothing But Truth

” Let there be no compulsion in religion: Truth stands out clear from Error, whoever rejects Evil and believes in Allah hath grasped the most trustworthy handhold that never breaks. And Allah hearth and knoweth all things” [2:256] 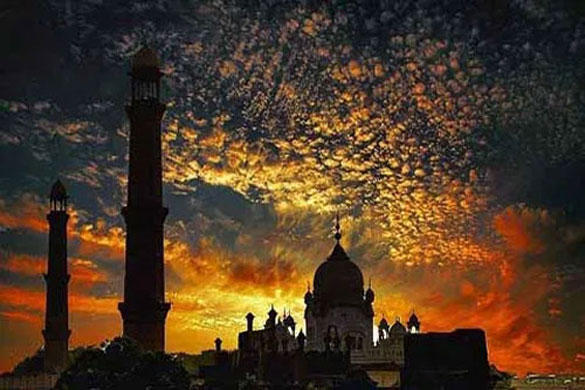 Compulsion and religion are incompatible. Faith being the bedrock of religion stays as a element that cannot be induced. Compulsion is least likeable, where natural forces–‘Faith/Belief’ come into play and sustain religion. Faith–the natural phenomenon evolves, once the ‘Belief’ in universal ‘Truth’ dawns. Faith breeds the all-important ‘Will’ to tread the path of ‘Truth’ nothing but ‘Truth’.

‘Truth’ or ‘Haq’ is an attribute of Allah [SwT]. It stands out glaring from what is untrue or ‘Batil’ an ‘Error’ in judging natural forces. ‘Error’ could lead to ‘Evil’ succumbing to forces of ‘Evil’. The rejection of ‘Evil’ and belief in ‘Truth’ or ‘Haq’ leads to grasping the handhold that never breaks, the handhold that is most trustworthy. Handhold is an anchor, which the hand may hold in times of danger, the danger emanating from forces of ‘Evil’ the danger lies in slipping into dark alleys of evil.

The handhold thus anchors, and eliminates the risk of ever succumbing to forces of ‘Evil’. The hand that anchors is yet again a natural corollary of ‘Faith’ and ‘Will’ an all abiding ‘Faith’ where all that in ‘Untrue’ all that in the realm of ‘Error’ all that is ‘Evil’ is rejected. And the ‘Will’ to hold on to ‘Truth’ asserted. ‘Truth’ that sparkles, ‘Truth’ that is glaring, ‘Truth’ that encompasses the universe.

Faith in ‘Truth’ and ‘Will’ to hold to the path of ‘Truth’ leads to establishment of a lasting bond, where the help of ‘Haq’ that is Allah [SwT] the anchor that grasps the hand remains unfailing, as ‘He’ is all hearing and all knowing.

Original Headline: No compulsion in religion