Miraculous Nature Of The Quran Has Its Historicity 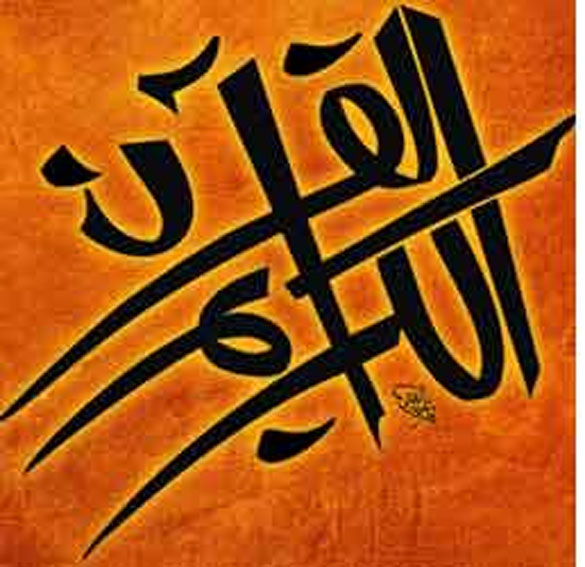 The science of I‘jaz al-Qur’an, variously interpreted as inimitable elegance or miraculous elegance of the Qur’an is so multilateral that Imam Suyuti, a great Imam in the field of Qur’anic sciences especially, has enumerated 35 distinctive features which pertain only to the literary excellence of the Divine Book.

What is a Miracle?

A miracle is generally defined as an unusual and mysterious event that does not follow the usual laws of nature. So while a naturalist will deny the existence of any such event that does not have a natural cause, a religious faithful will believe a supernatural Divine cause behind the event.  Result? A miracle cannot be explained rationally.

The Miracle Of The Qur’an

But the miraculous nature of the Qur’an is not of that kind which cannot be explained and understood rationally. It addresses the intellect, provokes the reason, generates curiosity, asks questions, provides answers and leaves to the intelligence and conscience of its reader to decide.

The Qur’an is perhaps the only sacred scripture that has ever been targeted through a persistent campaign to present it as a product of human mind but despite its intellectual and educational supremacy and control over the world-wide mass media, even the Islamophobic West could not shake the Iman of a common Muslim. Even the prominent scholars of the West itself like Noldake Theodore, Friedrick Schatty, Charles Francis Potter, Phillip K. Hitti and several others, who had no sympathetic approach towards the Qur’an were compelled to willy-nilly admit that “the Qur’an was the most widely read book in existence.”

The miraculous nature of the Qur’an has its historicity. It is not any myth that exists only in the mental framework of a faithful and never stands test of time.

In the Qur’an it is God Himself Who has taken the responsibility to preserve the Book in its absolute purity.

Verily We! It is We Who have revealed the Admonition, and We are its Guardians. (15:9)

Strikingly, this prophecy has been confirmed by history. Ever since its first revelation to the holy Prophet (Sallallahu Alayhi Wa Sallam), the Qur’an has remained free from all alterations, accretions and deletions, a fact which has already been acknowledged by all, friends and foes alike.

Let us read just a few among such vast unwilling witnesses, for instance, from those people who considered the Book the handiwork of the Prophet (sallallahu alayhi wa sallam) but still could not refute the genuineness of the claim of its purity:

“The text of the Quran is the purest of all works of a like antiquity.” (Wherry, Commentry on the Quran)

“The text of this recension substantially corresponds to the actual utterances of Muhammed himself.” (Arnold, Islamic Faith)

“It is an immense merit in the Kuran that there is no doubt as to its genuineness….That very word we can now read with full confidence that it has remained unchanged through nearly thirteen hundred years”. (Lane and Lane-Poole, Sections from the Kuran)

“Modern critics agree that the copies current today are almost exact replicas of the original mother-text as compiled by Zayd, and that, on the whole, the text of the Koran today is as Muhammed produced it. As some Semitic scholar has remarked, there are probably more variations in the reading of one chapter of Genesis in Hebrew than there are in the entire Koran”. (Hitti)

Moving further in the same direction let us listen to Bosworth Smith, who like other European scholars of the Qur’an does not believe the claim of the Prophet (sallallahu alayhi wa sallam), still goes on to substantiate the claim of the Qur’an to be a Divine revelation which is undisputed and unique among all the religious scriptures:

“Not only is the meaning of the Holy Book therefore inspired but every word, every letter — dictated through the angel Gabriel to the holy Prophet from an Archetype preserved in the heaven. That is the distinctive claim of the Holy Qur’an shared by no other revealed Book in the world.” (Bosworth, Mohammad and Mohammadanism)

The Qur’an claims to be the literal word of God. I favour of this claim a person of reason can find abundant proofs to satisfy his mind and illuminate his heart. But as stubbornness has no bounds and mental waywardness can be portrayed as intellectual vastness, it needs to challenge both, the mind and the conscience, of the denier before room for any further motivation is finally closed. Thus speaks God Almighty:

And if you are in doubt concerning what We have sent down upon Our bondman then bring a chapter like it, and call upon your witnesses, besides Allah, if you are truthful. (2:23)

Simple. If you don’t accept our proofs then bring your proofs. If the Qur’an is a human production then why can’t it be reproduced?  Ok. Come up with a single chapter similar to the Qur’an in its surpassing excellence of its contents, in the grandeur of its language and style, and most of all in the completeness and all-sufficiency of its teachings.

The Qur’an again admonishes them by its wise precepts and shakes human mind by its warnings and arguments, and through logic, parable and history and presents every facet of its being the great Eternal Truth, but what use is the mid-day sunshine to a person whose eyes are blind?

Then finally the judgement is given which by all means satisfies every standard of human logic and reasoning:

Say thou: If the mankind and the jinn leagued together that they might produce the like of this Qur’an, they could not produce its like, though one to the other were a backer. (17:88)

More than fourteen hundred years have gone since this prophecy was made by the Qur’an and till the moment the history stands as the greatest testimony in support of this prophecy. What does it logically mean?

But even yet God Almighty does not leave us to jump to conclusion unless he, out of His Generosity and Benevolence, further makes an appeal to our intellect:

Do they not then ponder on the Qur’an?  Were it from other then Allah they would surely find therein many a contradiction. (4:82)

The fact is that the Qur’an is remarkably and singularly free from any contradiction so much so that even its avowed opponents have found that the Qur’an is so transparently full of beauties and excellences, moral and spiritual, that an unbiased study of it is sure to convince everyone of its Divine origin.

I would like to end this brief write-up with a note from one of the brilliant exegeses of the Qur’an in English, by a highly educated and broadminded Muslim thinker, Abdul Majid Daryabadi:

“Thus it is that all the sects and parties among the Muslims have the same Holy Text and are agreed as to its purity. Even the Christian critics who cherish to find ‘its many errors and defects’ have to acknowledge that there is no ‘intentional alterations and mutilations’ in it at all. This is clearly one of the most powerful arguments in support of the claim of the Qur’an, specially in view of the glaring fact that the canonical books of the Bible, adopted as the foundation of faith after prolonged deliberation, not only contradict each other on details but are entirely at variance with a large number of equally respectable books rejected as a spurious or apocryphal.”

This is the rationale of Iman: “Once we have accepted the great Muhammad (Sallallahu Alayhi Wa Sallam) as the true apostle of God, we are bound by all canons of reason and logic to follow every one of his precepts and commands implicitly, no matter we are able to understand the ultimate object of a particular order or not.” (Daryabadi).

So does the Qur’an ask the people of intellect to decide and shakes the conscience of the deniers:

“So I do call to witness what ye see, And what ye see not, That this is verily the word of an honoured messenger; It is not the word of a poet: little it is ye believe! Nor is it the word of a soothsayer: little admonition it is ye receive.(This is) a Message sent down from the Lord of the Worlds. And if the messenger were to invent any sayings in Our name, We should certainly seize him by his right hand, And We should certainly then cut off the artery of his heart: Nor could any of you withhold him (from Our wrath). But verily this is a Message for the Allah-fearing. And We certainly know that there are amongst you those that reject (it). But truly (Revelation) is a cause of sorrow for the Unbelievers. But verily it is Truth of assured certainty. So glorify the name of thy Lord Most High.”

Original Headline: The Intellectual Grandeur of the Quran