1. Human beings have been commanded by Allah, the Most Merciful, ‘to read’ as a student for the whole of their lives.

2. Religious and spiritual teachings focus on a person’s ability to self-purification.

3. Celestial Bodies Are Run In A Disciplined Organised System

4. Discipline Is Inner Strength of Spiritualism. 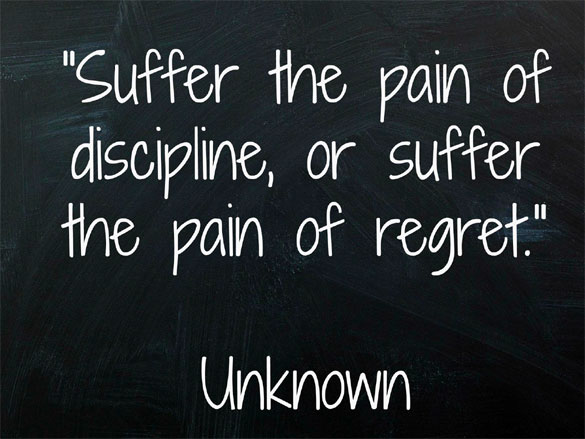 Human Beings have been commanded by Allah, the Most Merciful, ‘to read’ as a student for the whole of their lives as ‘learning’ is a course which continues from the lap of a mother till the last breath. Like a student in an educational institution, one has to keep learning with the utmost attention, punctuality and regularity that comes with discipline in life. Discipline brings the traits of care and obedience of a human being to the fore which is the source of success.

Loss of spiritualism and loss of belief in God has led to moral and social damages in this modern era of materialism. Religious and spiritual teachings focus on a person’s ability to self-purification. Self-purification is the soul of discipline that is the basic need for a person, in every stratum of life, be it a businessman, a politician, a scientist, a technocrat, a professional or a player to achieve success and satisfaction of mind. As Roy Baumeister has said in Willpower:

“Self-regulation failure is the major social pathology of our time.”-

Quran and Hadees traditions also command human beings to take discipline as the core value of life to understand their relationship with Allah, the Most Merciful and Prophet Muhammad (SAW), the Mercy for the Universe (رحمتُ للعالمینﷺ). Whether it is Namaz, Roza or Haj, there is a lesson of discipline in them. According to a narration by Ibn Umar (RA):

Prophet Muhammad (SAW) said, "Establish your lines straight, for indeed the angels pray in lines. Align your shoulders, close the gaps, yield your hands to your brothers, and do not leave any gaps for Shaytan. Whoever connects a line, Allah maintains him, and whoever breaks a line, Allah cuts him off." (Ahmad, Abu Dawud, an-Nasa'i and others. See Sahih ul-Jami' no. 1187)

Celestial Bodies Are Run In A Disciplined Organised System

The sun, the moon, the star, the sky and the days and nights, all run in an organised manner in an unprecedented disciplined system. A little failure because of the laxity of human beings creates small indiscipline in the system and the world witnesses huge loss in the form of natural disaster. Allah, the Almighty says in the Holy Quran:

"We will show them Our signs in the horizons and within themselves until it becomes clear to them that it is the truth. But is it not sufficient concerning your Lord that He is, over all things, a Witness?" (Ayah Fussilat:53) - Sahih International

Discipline in the Life of a Believer

Fasting (Roza) is a great teacher of discipline. Observing fast is one of the greatest lessons of self-discipline that a human being learns during his lifetime. Muslims learn to curb their materialistic desires of lust and transgression that degenerates a person to the level of self-destruction.

Performance of Haj is also a lesson in the discipline that teaches how to abandon comfort and learn to value time. Haj time is different from that of everyday time. All the rituals are to be performed as per the rules of the Haj and it has to be on time. Haj teaches people not to be lenient in their everyday life as during the Haj.

Haj, Roza and Namaz teach to live a life as per the divine method promulgated by the Holy Quran and Hadees. These lessons benefit human being in attaining their wills of a successful life.

Consider following verses from the Holy Quran that command being disciplined:

"Be as steadfast (in pursuing your sacred purpose) as you have been commanded to be, and do not follow the desires of the people." (Holy Qur’an, Surah Al-Shura (42), Verse 15)

"And seek help through patience and the prayer; and indeed, it (is) surely difficult except on the humble ones,” (Surah Al-Baqarah 2:45)

Our desire for success in life is humane as is discipline a human trait. Therefore success depends on the teachings of discipline that we get through a guide that could be a person, a community or a bunch of religious traditions. The Holy Quran says:

"O you who believe, fear Allah, as He should be feared, and let not yourself die save as Muslims." (Surah Al-Imran:102)— Mufti Taqi Usmani

The Holy Quran shows to us a clear picture of the Day of Resurrection that will be run in a strictly disciplined manner. It says:

"The day it comes no one shall speak except by His leave. So, some of them will be wretched and (some) blessed." (Surah Hud:105)— Mufti Taqi Usmani

Discipline Is Inner Strength of Spiritualism

Spiritualism is based on the inner strength of a person that creates the power of Self-Examination, Silence and Solitude, Simplicity and Fasting, and Gratitude and Service to the creation of Allah. Spiritual discipline is a difficult character to develop but once developed it brings the light of knowledge and trains a person in meditation, prayer and fasting. Spiritual is very aptly described by Thomas Merton as:

“Ask me not where I live and what I like to eat. Ask me what I am living for and what I think is keeping me from living fully for that.”

Prophet Muhammad (SAW) and His Discipline

Discipline and the Nation Building

Great nations are built on the shoulders of great men. Great men reach their greatness by complying with the rules of discipline the most among other things. For us to become great and make our nation great we must discipline ourselves spiritually and mentally and act for the betterment of our countrymen in particular and the world in general. For a person and/or for a nation it is but necessary to acknowledge the fields and the resources that will create a sense of discipline to curb out the weakness of our personality and take us on the path of development and prosperity. Allah, the Most Merciful says in the Holy Quran:

".... Indeed, Allah will not change the condition of a people until they change what is in themselves. And when Allah intends for a people ill, there is no repelling it. And there is not for them besides Him any patron." (Ar-Ra'd 13:11) - Sahih International