Do Ahmadis Deserve To Live In Pakistan? 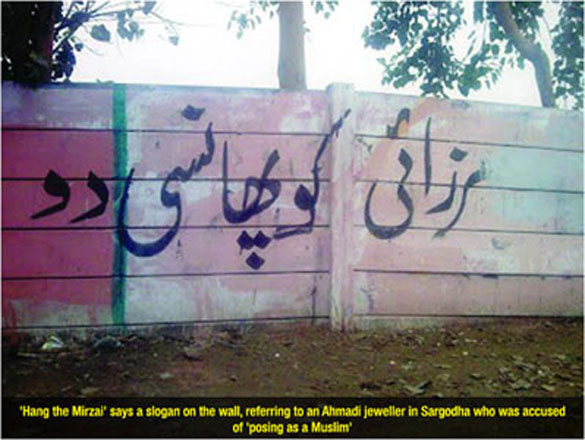 On 25 August, 2012 former Prime Minister Yousaf Raza Gilani attended the Khatm-e-Nabuwat Conference in Golra in Islamabad. Talking to reporters after the conference, the former prime minister said the mission of Pir Mehar Ali Shah, the patron saint of Golra, came to its fruition in 1974. It was a reference to the excommunication of Ahmadis by the Parliament. The community was declared nonMuslim through a constitutional amendment by the Pakistan People's Party government in 1974. The PPP views the amendment as a feather in its cap and many of its first rank leaders are known to proudly state that their party did Islam a favour. 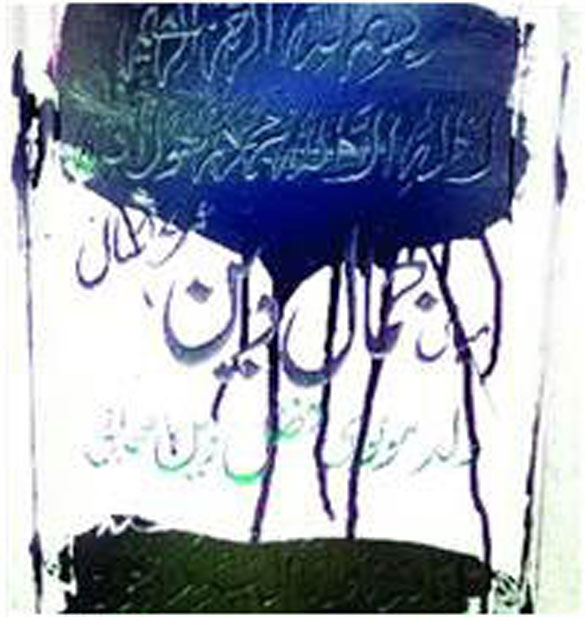 Things evidently were not always like this for Ahmadis. Having supported the All India Muslim League in the 1940s, Ahmadis - being an educated and enterprising community - contributed significantly to the development of the new state. There was always opposition to them but the state was forthright in putting down disturbances as it did in 1953.

The Munir Report is an early example of state institutions fairly carrying out their responsibilities undeterred by religious extremism.

But 1974 was a different story. The 2nd Amendment to the 1973 constitution, most legal scholars agree, introduced sectarian partisanship into the constitutional and legal framework which was further cemented in 1984 through the infamous Ordinance XX, which seeks to criminalise Ahmadis' self identification as Muslims.

Since the introduction of the said law, Ahmadis have been at the receiving end of what is called an unparalleled persecution in the modern era. Hardly a week goes by without some incident somewhere in which Ahmadis are harassed, persecuted and even murdered.

This past Eid, in the E Sector of Rawalpindi's Satellite Town, the Police stopped Ahmadis from offering Eid prayers at their place of worship called Eiwan-e-Tauheed. Only days earlier, Hafizabad police raided an Ahmadi cemetery in Mangat Ucha village and desecrated the tombstones by erasing the Kalima from the graves. 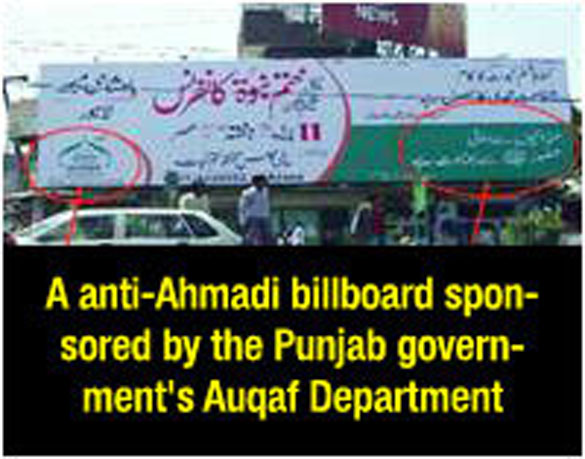 On the independence day, police in Kot Abdul Malik entered the home of an Ahmadi citizen and besides desecrating the Quranic verses at his house, they also removed the his father's name "Muhammad Ali". For good measure, the police also ransacked his shop to ensure compliance with Ordinance XX of 1984. Earlier on in the month, a jeweler in Sargodha was arrested for displaying the verse "Oh ye people of faith, always tell the truth". The said Quranic verse was also desecrated by the Police.

Ahmadi places of worship are routinely ransacked and vandalized not just by agitators but by the police and state law enforcement agencies as in the case of an Ahmadi place of worship in Kharian last month.

Earlier this year, an Ahmadi man, employed as a teacher in a public school, was arrested on a false charge and subsequently tortured to death by the police in Chenabnagar/Rabwah area. Last year in Faisalabad, an organization patronized by the Auqaaf Department of the Punjab government distributed pamphlets calling upon Muslims to kill Ahmadis everywhere indiscriminately. Consequently, several Ahmadis were killed or abducted. Many government offices in Lahore and other cities of Punjab have posters containing inflammatory rhetoric and hate speech. One such poster at the Lahore's Customs House reads "Jo Qadiani ka yaar hai, Ghaddar hai Ghaddar hai" (he who is a friend to Ahmadis is a traitor). Another poster in Lahore's Banking Courts reads "when a Muslim befriends a Qadiani, he causes anguish to the spirit of the Holy Prophet (PBUH)". It is not clear if the concerned authorities are responsible for these posters but they are certainly unwilling to remove them.

Leaders of the Anti-Ahmaddiya Movement openly state that Ahmadis do not deserve to live. One prominent activist of the Khatm-e-Nabuwwat Lawyers Forum told this writer that "by the grace of God, Mirzais had been reduced to the level of chooras (Christian sweepers) and soon they will be cleaned up altogether."

This kind of thinking is not limited to religious activists- Pakistan's infamous Dr AQ Khan, who is seen by some as a national hero, made plain the hate he feels for Ahmadis in a show on Geo TV when he stated that he was proud of hailing from Bhopal (a princely state in pre-partition India) because "Bhopal did not produce any Qadianis". The host of the said show Dr Aamir Liaqat Hussain had conducted a show a few years ago where a religious scholar incited the public at large to kill Ahmadis at will, leading to the murder of two Ahmadis within the next forty eight hours. Imran Aslam, the boss at Geo TV, stated on a radio show with NPR that Aamir Liaqat Hussain had been rehired only on the condition that "he behaves himself". Arguably that condition has been breached, but no action has been taken against him.

Inconvenient facts such as that the author of the Lahore Resolution was an Ahmadi or that Pakistan's only Nobel laureate is an Ahmadi are swept under the carpet. Last month when the world celebrated the discovery of the Higgs Boson particle at CERN - in large part due to the standard model formulation of Ahmadi Nobel laureate Dr Abdus Salam - Pakistan was completely silent.

No official mention of Salam's extraordinary achievement was made. The prime minister or the president did not issue a statement highlighting Pakistan's superb contribution to this most extraordinary human discovery which will have an impact on how we view the world and answer the fundamental questions about the universe.

"What did Salam do for us? Did he make the nuclear bomb?" is the standard refrain from those who dispute Salam's status as a national hero. Others describe Salam's great achievement as a Jewish attempt to bolster the Ahmadis in Pakistan. Wonders never cease.

Historians caution that the fetters imposed on Ahmadiyya community are reminiscent of the Nazi Nuremburg Laws and are certainly much worse than the Jim Crow Laws of the United States of America in the late 19th and early 20th centuries.

The growing violence and hate against Ahmadis along with the general decline of the Pakistani state is creating a situation very similar to Germany between the two World Wars of the last century, and many fear a brutal extermination of this community from Pakistan.