Deported From Israel for Being a Muslim Who Visited Pakistan

Purpose: To visit Jerusalem and everything within it which ‘drives men mad.’

I had spent months preparing for my trip to the country with the primary aim of visiting Jerusalem and seeing the great historical landmarks such as the Al Aqsa mosque and Wailing Wall. I had purchased clothes appropriate for the sweltering heat of the Middle East, booked my flight well in advance and converted almost all of my remaining savings to Israeli Shekels in an almost hyperactive state of eagerness. It was in this mood that I reached Ben Gurion airport on the morning of the 24th of June. 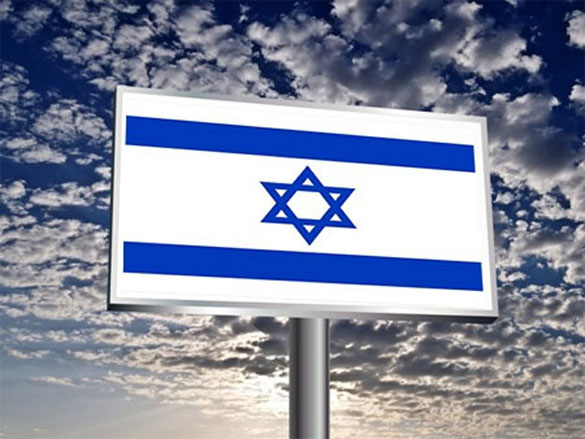 The early warning signs should have been clear at passport control when the woman there rifled through my passport, asked “You’ve been to Pakistan?” and quickly sifted me through to the interrogation room where  everyone incidentally was either Arab or Muslim. My fears of racial and religious discrimination, instead of being proven overblown and hyped up as I had hoped, were quickly justified.

The “guilty until proven innocent” ordeal began with a brief period of questioning about my personal details and motives in visiting and lasted for ten hours in which I was questioned four times. The perpetrator was a blond woman who seemed eager to prove right all the stereotypes I had ever held about Israelis. Indeed on this occasion, I would like to quote from “Naughty Nomad”, an infamous traveller whose advice I quite closely follow:

“The worst things were the attitudes. Israeli women are forced into the army for two years and many come out the other end as little monsters…”

If you would be so kind as to type “Israelis are...” into Google, the first option on this list (unsurprisingly) is “Israelis are rude”.

The interrogators read all my WhatsApp and text messages in a blatant violation of privacy while they repeatedly insisted they knew I was up to something untoward and threatened me with severe consequences if I didn’t inform them of my hitherto unknown plan. Of course, these claims were made with no evidence whatsoever, and despite my calm exterior, left me incredibly flustered. As expected, exactly what I feared transpired and I was told that I would be denied entry to the state of Israel upon a “security risk”.

My luggage was put through an “explosion detection” machine and after an uncomfortably thorough body search; I was hounded into a van with two security guards. They drove me for five minutes into a gated, white building surrounded by huge fences that one would only accord to a jail or a police station. The doors in our cells were without knobs, the windows were double barred and the rooms incredibly humid and damp – a fact made worse by the presence of six individuals in mine. We all had to make do on small bunk beds covered by furry grey blankets. And thus, it was like this that we were left that night – hungry, thirsty and worried without any fresh water, without any food and unable to sleep a wink due to the heat.

The others in my cell included the British Pakistani and French Arab guys who had come in with me as well as a middle aged Ukrainian man, a Palestinian who had been refused entry despite being a citizen of the state of Israel and a 70-year-old Tajik guy who had been hoping to fulfil his dream of praying at Al-Aqusa mosque. It was this person that I felt for the most; when he wasn’t touching his head to the ground in prayer, he was anxiously walking around the room saying “Y’Allah Rehem” (Oh Allah, mercy).

If only our captors had a semblance of this quality in them – a fact which seemed rather unlikely given how well versed they were in Israeli state propaganda and their hounding laughter when sometimes, fatigued by the heat and bored by inactivity, we banged against the door attempting to earn a precious five minutes of fresh air.

The messages previous “visitors” had enshrined on the walls, occasionally by famous persons such as Nobel Peace Prize winner Mairead Maguire, were interesting and indeed provided a source of inspiration as the day dragged along.

At around 4pm, I received a visit from a rather pleasant man from the British embassy who helpfully booked me an Easy Jet flight home early on the morning of the next day. In response to my demands that something be done about the violations of privacy and degrading treatment I had been subjected to, I was given a fairly standard explanation:

“We cannot disrespect Israeli sovereignty- it is their country and they can do as they wish.”

My next question left him dumbfounded and he quickly fell silent when I asked:

“Would you be saying the same thing if I was locked up in an Iranian facility?”

The amount of frustration I inwardly felt was immense and my sheer naivety that a British passport would exempt me from these kinds of experiences – particularly in a self-proclaimed democracy – was quickly shattered.

I was driven up on to the runway and straight on the steps of the plane before my flight. The agents escorting me refused to hand over my passport and I only managed to retrieve it from the captain after landing at Luton airport.

Israel today has become what one would call an anachronism. The very idea of a Jewish state where minorities are subjected to inferior treatment is an idea the roots of which lie in centuries past. This ethno-religious criteria used to denominate and rank citizens is hardly the hallmark of a liberal democracy. The Zionist state is the only developed country on the planet which undertakes the policy of ethnic cleansing and encroachment of foreign land with such arrogant gusto and in doing so has forever became an international pariah. With American support, the Israelis have continuously flouted UN security resolutions, became the only country in the Middle East to possess deployable nuclear weapons of mass destruction and slowly leeched into Palestinian territory with the intention of creating a greater Israel. What is more these policies and the sheer indifference of the Israeli political elite to the wretched fate of the Palestinians has now become the best recruiting tool for terrorists all over the globe.

At times during my brief stay, the calls of “Khinzeer” (pigs) by the Arabs holed up with me in reference to the Jewish race almost resonated with me and yet, if a solution is to be found to this conflict, the rational amongst us must ensure that we don’t fall blindly into the same category of bigotry and hatred of which the Israelis are guilty.